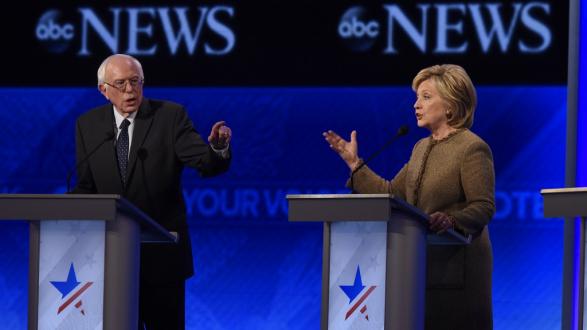 The Pacific Council’s Spring Conference opened with a vigorous debate on the 2016 presidential election between Republican strategist Robert C. O’Brien and Democratic strategist Robert Shrum. Moderated by Ambassador David Huebner, a Pacific Council Director, the discussion focused on two key questions: How will the election impact America’s two major political parties? And what is the future of governance in the United States?

“In the short term, things don’t look great for the GOP,” said O’Brien, a former senior advisor to Governors Mitt Romney and Scott Walker. “We have a frontrunner who could lose all 50 states if he’s the nominee. I do think it will be a contested convention, but that doesn’t mean that Trump can’t win.”

O’Brien pointed out that California will matter in the primary race for the first time in a long time. He added that in the long term, he is optimistic about the future of the Republican Party.

“When you look across the country at the party, we have a much deeper bench than the Democrats,” he said. “There are a lot of potential candidates.”

Shrum, the Carmen H. and Louis Warschaw Chair in Practical Politics and Professor of the Practice of Political Science at USC, said he believes the Democrats will win this November because unlike the Republicans, the Democratic nominee will have the opportunity to use the convention to rally support. That said, he acknowledged an internal tension playing out within the Democratic Party.

“With Trump, conservatism stops being a set of principles and policies, and instead becomes a set of grievances, alienations, and anger." - Robert Shrum

“We saw it at the debate [in New York], this tension between idealism and pragmatism, between incremental steps and doing something fundamental about income inequality,” said Shrum, a longtime Democratic strategist and a former senior advisor to the 2000 Gore and 2004 Kerry campaigns. “That will be one of the great challenges if [Clinton] becomes the nominee: how will she work with the Republicans? I believe in a viable competitive Republican Party because America needs a strong two-party system.”

The discussion inevitably shifted to Donald Trump, the Republican frontrunner. Huebner pointed out that it would be too easy to dismiss the millions of Americans who have already voted for Trump as “uneducated racists.” 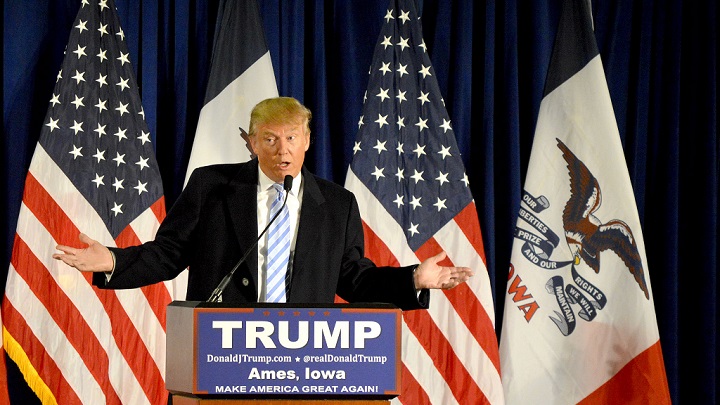 “The heart of it is an angry, alienated constituency,” said Shrum. “With Trump, conservatism stops being a set of principles and policies, and instead becomes a set of grievances, alienations, and anger. Another element is the vast cultural change in this country… we’ve seen tremendous cultural change in how we treat women, gays, and minorities. The third thing is the disorientation people feel as the country changes… demographically. This country by 2050 will be majority nonwhite.”

O’Brien disagreed, arguing that Trump’s popularity is not a racist phenomenon.

“[Trump] is generally not winning Republican primary voters,” said O’Brien. “He’s drawing support from people feeling disenfranchised and ignored by both parties. I really reject that it’s people who are racist or homophobic or sexist. I think there’s very little of that. They’re not necessarily traditional conservative Republicans. We do have some work to do in both parties to address those who have been left behind.”

Considering America’s future, Shrum warned that if Trump wins there will be no way to predict what will happen with governance in the United States.

One member of the audience asked O’Brien, who supports Ted Cruz for president and has advised the senator on foreign policy, why religion has any role to play in the political process.

“America was founded on the idea that people are free and have the rights to life, liberty, and the pursuit of happiness because God gave them those rights, not the state,” said O’Brien. “This is a profoundly religious nation. There are people who have profound religious beliefs who have the right to be in the public square. Senator Cruz is a constitutional lawyer. I’m certain he believes in the separation of church and state.”

Shrum argued that “one of the problems with Ted Cruz, which is why I think he would be a weak candidate in general, is that his religious beliefs will translate to social policies that would be rejected by a very large number of Americans, including Republicans.” 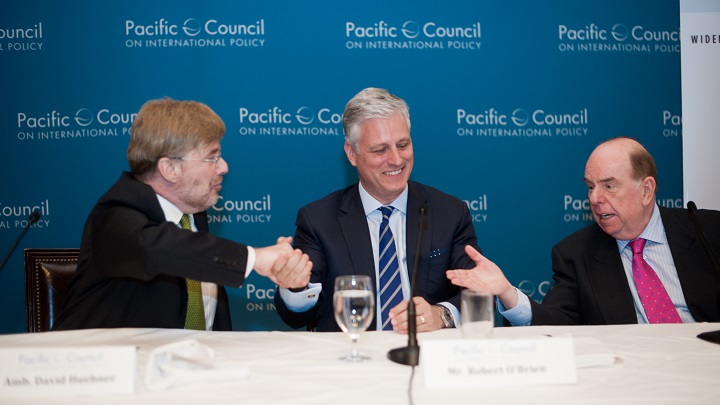 In a lightning round to wrap up the opening plenary session, Huebner asked O’Brien and Shrum who they think Chief Justice John Roberts will be swearing into office on January 20, 2017. O’Brien answered, “Cruz/Rubio.” Shrum answered, “Hillary Clinton.”