Sitting on the Sidelines? U.S. Decline in Central Asia 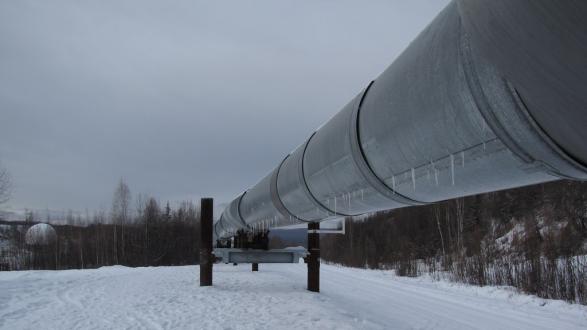 Although the United States is no longer a major player in Central Asia, Russia’s era of dominance in the region is also declining as China’s influence is on the rise. During a Pacific Council teleconference on February 7, Dr. Elmira Satybaldieva, research fellow at the University of Kent’s Conflict Analysis Research Centre, and Dr. Paul Stronski, senior fellow of the Russia and Eurasia Program at the Carnegie Endowment for International Peace, analyzed Central Asia’s transition vis à vis these global powers.

Regarding Central Asia as a geopolitical competition between China, Russia, and the United States, Stronski and Satybaldieva viewed the true competition between only two powers, Russia and China. The United States, which had more regional presence in the 1990s and early 2000s, has become increasingly focused on economic investment rather than political influence. Consequently, Russia and now China have been left to fill the security and political power void in a region that, according to Satybaldieva, “usually has no agency and mainly is seen as a site for contestation.”

Although Russia had feared the United States and the EU would disrupt the region by promoting Western values, in the end, “China is emerging as one of the region’s most influential players,” according to Stronski. Russia, however, has still lost much of its cultural power throughout the region, despite the United States’ absence. “At least 30 percent of Central Asians today are under the age of 30, so they don’t remember the Soviet age at all,” said Stronski. There have also been negative reactions to Russian interventions abroad, particularly in Ukraine, which has encouraged nationalism among Central Asians who are suspicious of outsider influence in political, economic, and social affairs.

Economically, Russia has also had a serious decline, with trade in the region at $18.6 billion compared to China’s $30 billion. Although the United States’ interest in Central Asia has waned, it is the longest economic actor in the region. U.S. companies were some of the first to establish economic stakes in Kazakhstan’s oil and gas companies, and with around $27 billion, the United States is still a leading source of investment in the Kazakh energy sector.

"The presence of all three powers and their contestation for economic dominance takes place primarily in the three resource-rich countries [Turkmenistan, Uzbekistan, and Kazakhstan]. The other two, resource-poor countries, Tajikistan and Kyrgyzstan, are largely ignored."

However, Russia and China sought to challenge U.S. economic dominance in Central Asia early in the 2000s, with energy demands leading to an intense battle over hydrocarbon. China and Russia have continued to be the main actors pursuing oil and gas contracts in Turkmenistan, Uzbekistan, and Kazakhstan since then. After losing out to China in Turkmenistan and Kazakhstan, Russia invested billions of dollars in Uzbekistan’s gas sector. Only after Russia’s investments in Uzbekistan did the United States sign a contract with Uzbekistan for $5 billion.

As Satybaldieva pointed out, “the presence of all three powers and their contestation for economic dominance takes place primarily in the three resource-rich countries [Turkmenistan, Uzbekistan, and Kazakhstan]. The other two, resource-poor countries, Tajikistan and Kyrgyzstan, are largely ignored.”

Since the 2008 financial crisis and 2009 Russia-Ukraine gas dispute, Russia and China have launched new economic initiatives that go beyond securing energy contracts in Central Asia. In 2013, China introduced the Belt and Road Initiative, which promotes an infrastructure model of growth. To counter China’s initiative, Russia came out with the Eurasian Economic Union in 2015. Through this initiative, Russia hoped to present a trade diversion towards Russian manufacturing and saw the use of the ruble go up about 25 percent in Central Asian states.

"Russia is still striving to be the political and security provider of the region, while China is more of the economic engine, but I think with time, that also will change."

According to Satybaldieva, “it’s still a little bit early to assess these latest initiatives’ impact and how they’re going to play out. But the obsession with energy resources of the global powers in the region has created a vast regional inequality.” Moreover, these economic strategies also have serious implications for the environment and other social costs that are yet to be determined.

While China and Russia have tension in their cultural and economic spheres of influence, one thing both countries want in Central Asia is stability and security. “If you look at what is south of Russia, you see a broad swath of instability. It starts in the broader Middle East, goes all the way from Afghanistan to Pakistan, and what lies between Russia and that instability: it’s the former Soviet states of Central Asia,” Stronski explained. “So Russia sees this area very much, not just as its backyard, not just as this area of long standing cultural interest, but also as a buffer from that instability.”

China wants stability in Central Asia as well due to geographic proximity. Stronski noted that “Russia is still striving to be the political and security provider of the region, while China is more of the economic engine, but I think with time, that also will change.” China has focused more attention on security, collaborating with Kyrgyzstan and Tajikistan on some of these issues.

If and when the United States pulls entirely out of Afghanistan, Russia and China will face more security problems in the region. Nevertheless, both Russia and China see eye-to-eye on keeping Western values and influence out of Central Asia as whole.

While the United States has become more distant from Central Asia, the geopolitical and economic power dynamics between Russia and China have become far more complex.

Despite the EU’s plan to adopt a Central Asia strategy in 2019, Satybaldieva explained that the EU does not have a comprehensive strategy and is not a true actor in the region. However, both Satybaldieva and Stronski agreed that there are some worrying trends in Central Asia that Western powers should not ignore, including the risk of debt traps induced by the Belt and Road Initiative and social unrest caused by local resistance to Chinese and Russian interventions.

While the United States has become more distant from Central Asia, the geopolitical and economic power dynamics between Russia and China have become far more complex. Given this ongoing transition, Satybaldieva and Stronski stressed that all three countries should pay attention to the rise of nationalism and the need to provide regional stability.

Gemma Stewart is the Spring 2019 Communications Junior Fellow at the Pacific Council on International Policy.