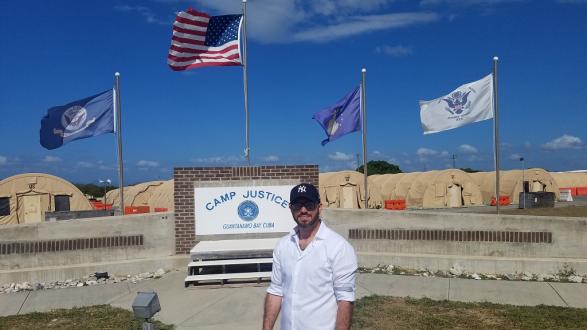 I spent Valentine’s Day 2020 in Guantánamo Bay, Cuba. I expected my trip to teach me about national security law, but was surprised by how much I learned about relationships.

As part of the Pacific Council on International Policy’s Guantánamo Bay Observer Program, I traveled to the Naval Station during the week of February 8-15, 2020, to observe the pre-trial military commission proceedings of the five men accused of planning and orchestrating the 9/11 attacks. Because there is a plethora of articles describing and criticizing the commissions’ work, I want to focus on a less frequently discussed aspect of the commissions: their culture.

To say that the prosecution and defense teams do not get along is an understatement. They fight about nearly every issue and often accuse the other of borderline unethical behavior. From the prosecution’s perspective, the defense teams are intentionally slowing down the legal proceedings through meritless motions practice and trivial complaints.

The military commissions still offer us a rich opportunity to learn about what American justice can and should look like, but only if all of the commissions’ participants openly discuss the commissions’ competing, and sometimes irreconcilable, objectives.

From the defense’s perspective, the prosecution is an instrument of an unconstitutional judicial structure that denies the accused the most fundamental rights of a fair and impartial judicial system. As a non-governmental organization (“NGO”) observer walking into this melee, it was like visiting a friend’s home for dinner, only to sit in awkward silence as they fight with their partner at the dinner table.

The first thing I noticed was the “Us” versus “Them” mentality. Upon arriving at Guantánamo, I felt a divide between the prosecution team, victims, and their families on the one side, and the defense teams, media, and NGO observers on the other. This division hardened as the week progressed. For example, during the entire week, the only commission staff who agreed to speak with the NGOs were the defense teams. Meanwhile, the prosecution team seemed to always be by the side of the victims and their families.

This segregation purportedly is to protect the victims’ privacy, but another consequence is that the NGOs learn about the commissions from only the defense teams and media, and the former necessarily present a biased view since they are ethically obligated to zealously represent their clients. Similarly, the prosecution probably presents the victims and their families with a slanted view of the proceedings. The NGOs’ segregation also creates a false dichotomy where the NGOs and media are perceived as “defendant-friendly” and the victims and their families are perceived as “prosecution-friendly.” 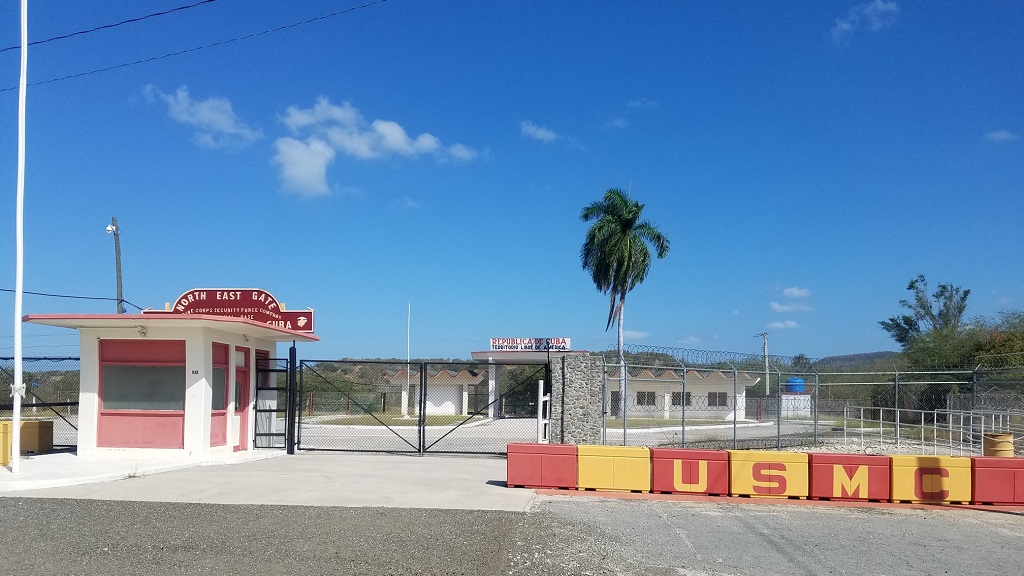 Another example of the deep distrust between the prosecution and defense teams was on display during my week at Guantánamo when 9/11 defendant Ramzi Bin al Shibh moved for the commissions to excuse his learned counsel Mr. James Harrington from further representation. Mr. Harrington is a well-respected capital defense attorney who has been representing Mr. Bin al Shibh since May 2012. After nearly eight years of traveling to and from Guantánamo to represent Mr. Bin al Shibh, Mr. Harrington explained that he was requesting excusal because 1) his health is failing (he’s 75 years old); and 2) his relationship with his client Mr. Bin al Shibh has deteriorated beyond repair.

“Judge, I’m going to say a few things about part of their response which I don’t think have anything to do with your decision… But they made an allegation in there… And I—I consider it to be petty, and I consider it to be vindictive by them. And I don’t say those words very often… I am privileged to be standing here, and I recognize that… But I just want you to understand how offensive that was, to have the government say that, and how—I rarely get upset about people impugning my integrity, but I really, really took offense at that.”

One possible explanation for why the prosecution and defense teams’ advocacy seems to have devolved into legal trench warfare is that this is what zealous representation looks like in the American criminal justice system, especially when the defendants are accused of committing the single most deadly terrorist attack in human history.

I am skeptical of that explanation. Instead, I think that, as Professor G. Alex Sinha of Quinnipiac University School of Law argues in his forthcoming article, the prosecution and defense teams fundamentally disagree over the commissions’ objective. As Professor Sinha argues, one of the core beliefs of the creators of the military commissions, as articulated by then-Vice President Dick Cheney, was that the people who committed 9/11 “don’t deserve the same guarantees and safeguards that would be used for an American citizen going through the normal judicial process.” According to Professor Sinha, “the commissions most assuredly serve an expressive and retributive function, consistent with other elements of the War on Terror, conveying a low regard for foreign terror suspects.”

Perhaps the prosecution team shares this understanding—that, at bottom, the commissions’ defendants do not deserve the same legal protections that criminal defendants are afforded in U.S. courts. In contrast, the defense teams view their advocacy as a defense of “the essential values of the American legal system.” 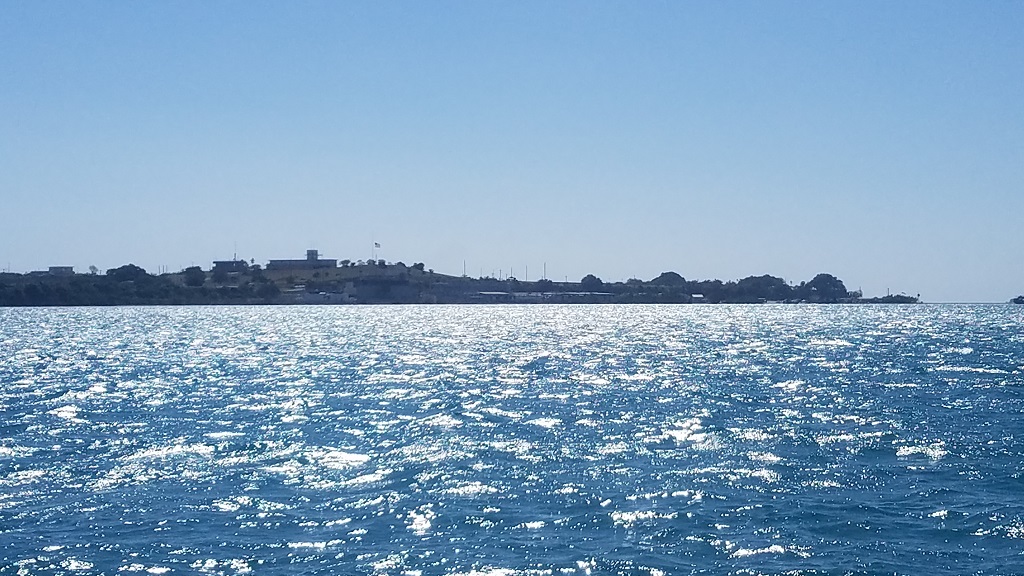 Based on my brief time at Guantánamo, Professor Sinha’s hypothesis that “the commissions are not fundamentally about seeking justice in a traditional sense” seems right. I agree with Professor Sinha that the commissions were never meant to focus on fairness or efficiency (or even the appearance of these two characteristics). That does not mean that we should disregard such values, but it is important to understand that those values were not instilled into the commissions at their genesis. Because of this, I think that, like many of the problems that lead to the demise of a romantic relationship, many of the commissions’ problems are driven more by irreconcilable differences of opinion regarding the commissions’ purpose than by day-to-day behaviors.

If this is true, then that fundamental disagreement between the prosecution and defense teams should be on greater display for the public to understand and debate. Hiding that disagreement behind sealed filings, opaque procedure, geographical isolation, and limited public access hurts our ability as a country to grapple with, learn from, and finally bring some degree of closure to the legal aftermath of 9/11 and America’s response to the global threat of terrorism.

America will continue to face threats, but if we remain unwilling to learn from our past, we will repeat the same mistakes and be unprepared for the future. The military commissions still offer us a rich opportunity to learn about what American justice can and should look like, but only if all of the commissions’ participants openly discuss the commissions’ competing, and sometimes irreconcilable, objectives.

For better or worse, the Guantánamo military commissions are now part of our nation’s legal history. Let’s not squander the opportunity to learn from them. For as any good couples therapist will tell you: We repeat what we do not repair.

Adam Barry is a Pacific Council member and an attorney at Munger, Tolles & Olson LLP.