Promoting Growth in Indonesia Through Aid and Development 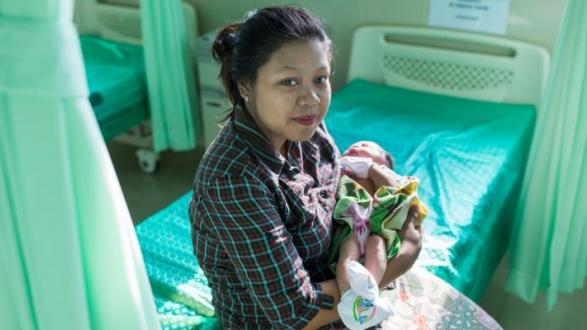 Foreign aid, specifically in the realm of economic development and growth, can act as a catalyst for reducing global poverty. That’s precisely the mission of the Millennium Challenge Corporation (MCC), an independent U.S. foreign aid agency created by Congress in 2004.

Karen Sessions, vice president of congressional and public affairs for MCC, spoke with Pacific Council members to discuss the organization’s work in foreign aid and its impact on countries like Indonesia.

The discussion was moderated by Pacific Council member Leslie Thurman, the executive director for major gifts at the Academy Museum of Motion Pictures.

Sessions shared with members the mission and purpose of MCC and its work in fighting global poverty by investing in development projects around energy and power, water sanitation, education, transportation, and governance, among many others. In the 14 years since its inception, MCC has signed 35 compacts with 29 countries, worth more than $12 billion. These projects reflect MCC’s core mission of reducing poverty through economic growth.

Some of its successes include the building of 3,035 kilometers of roads, the rehabilitation of 1,200 water sources providing clean water to 4.4 million people, the renovation of 772 schools to give half a million children access to education, and the creation of thousands of kilometers of electrical lines, providing sustainable power for millions of people.

MCC’s recent project in Indonesia was the result of $450 million in foreign assistance from the U.S. government. MCC’s five-year project is "expected to increase household income and increase productivity through better health and nutrition, sustainable land and energy management, and modernized government procurement," according to the website’s project page.

One of the issues Sessions pointed to in regards to promoting green prosperity in Indonesia was the problem of the decimation of Indonesian forests, and often, illegal farming. MCC worked with the Indonesian government on the reforestation of the country’s cocoa trees, created a program to promote sustainable and traceable farming, and educated private sector companies on the sustainability and footprint of its imported product.

MCC’s health and nutrition project aimed at addressing stunting, a form of malnutrition that limits growth in children between the ages of zero and five years old. Indonesia has the highest degree of stunting in the world, so MCC worked to teach young mothers how to feed their children and educate villages on nutrition. The project was implemented in 5,400 villages in Indonesia, and over the last 18 months of the project, these villages saw a 19 percent improvement in child growth rates, according to Sessions.

MCC projects in Indonesia include energy sustainability, improving the efficiency of salt production, and empowering female farmers, an important part of MCC’s work in gender inclusion.

These results-driven projects point to the organization’s focus on lasting change and on working with local communities to sustain the projects.

Other MCC projects in Indonesia included energy sustainability and improving the efficiency of salt production and empowering female farmers, an important part of MCC’s work in gender inclusion. Sessions also said that statistically, "when women are empowered and involved, you have better outcomes" when it comes to children, health, creating profitable businesses, and other similar issues.

Sessions also points to the country-led model of listening to local concerns, and MCC’s response of "reducing roadblocks" as the reasons why many of these projects are successful. The partnership between MCC, local governments, the private sector, and communities are integral to the positive outcomes of MCC’s work.

But MCC must also navigate local dangers and hostilities, as well. One of the questions brought up in the discussion reflected the growing concern of terrorism in Indonesia and how MCC’s work addresses these challenges.

"The work that Millennium Challenge Corporation does is foundational to the national security strategy of the United States."

She also noted feedback they’ve received from local government officials: when the economy is stronger, there is less of a tendency to be influenced by extremist groups. "Poverty often creates conflict," said Sessions.

Additionally, MCC was recently given a seat at the National Security Council, and is actively involved in security discussions, offering a voice on how their work in development relates to security.

But how does foreign aid of this magnitude continue with budget constraints? How does the MCC continue its work with budget decreases?

MCC’s unique grant-making abilities, data-driven selection process, and evaluation and monitoring processes help the organization to create lasting change in the countries in which they work. As the second most transparent foreign aid agency, Sessions calls MCC "the shining star in foreign aid" and hopes others will learn more about the organization and see its important work.

To conclude the event, moderator Leslie Thurman asked how individuals, and Pacific Council members specifically, can support the work of MCC and advance its mission.

"We need more people to know about us," said Sessions. When it comes to foreign aid, awareness is key.