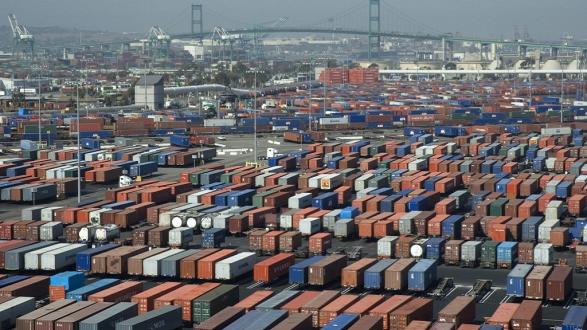 The first round of negotiations between the United States, Mexico, and Canada over the North American Free Trade Agreement (NAFTA) took place August 16-20 in Washington, D.C. The talks were the first of several scheduled rounds between now and the end of the year, when the three nations hope to conclude a deal.

At the outset, U.S. Trade Representative Robert Lighthizer delivered a list of demands on behalf of the White House, including an overhaul that would cut U.S. trade deficits and increase the use of regional parts for autos produced in North America. Lighthizer went on to say that the Trump administration believes that NAFTA has "fundamentally failed" Americans and is in need of "major improvements." Representatives from Canada and Mexico said the current agreement is not tilted against the United States.

President Trump recently wrote on Twitter that he is considering terminating NAFTA because he claimed Mexico and Canada are "being very difficult" in the negotiations. He wants the United States to "get a better deal."

Pacific Council Directors Mickey Kantor, former U.S. Commerce Secretary, and Michael Camuñez, former U.S. Assistant Secretary of Commerce for Market Access and Compliance, agreed that NAFTA needs to be updated, but urged the president in media interviews not to pull the United States out of the agreement entirely.

"It is critical for us to begin to make changes in NAFTA, but we need to make sure we don’t throw out the baby with the bath water."

"It is critical for us to begin to make changes in NAFTA, but we need to make sure we don’t throw out the baby with the bath water," Kantor told Bloomberg. "Bob Lighthizer has a president who has engaged in unfortunate rhetoric and he’s trying to be somewhat consistent with that. But I don’t think you should take what is said publicly as compatible with what might be said privately.

"At the beginning of negotiations, you’re trying to position yourself," Kantor continued. "[Privately], you’ve got to build respect and trust with people across the table... What people may not understand about trade negotiations is that even though there may be three sovereign nations involved who have a whole history of reliance on each other, it comes down to people."

Camuñez said an upgraded NAFTA will ultimately be beneficial to both the United States and Mexico, where his firm Monarch Global Strategies works with U.S. companies looking to expand.

"Companies recognize NAFTA needs a facelift," Camuñez told Forbes. "At the core, they understand that NAFTA is essential to the competitiveness of all three countries."

"Had the Trump administration already racked up a few legislative accomplishments, they might be feeling much more bullish and aggressive in their willingness to take a firm stance on some of the political bluster and rhetoric they’ve been pushing with Mexico."

Camuñez pointed out that both the U.S. and Mexican governments likely want to conclude the negotiations before the U.S. congressional midterm elections and the Mexican presidential election in fall 2018. Therefore, the end result of the talks will likely only cover the simpler issues, which Camuñez said the Trump administration may want to portray as a "major modernization" of the agreement as promised.

"Had Trump scored a victory in the repeal of Obamacare, had he already racked up a few legislative accomplishments, the administration might be feeling much more bullish and aggressive in their willingness to take a firm stance on some of the political bluster and rhetoric they’ve been pushing with Mexico," said Camuñez. "But the reality is that the administration has floundered and has virtually no legislative accomplishments to speak of, and that actually works in favor of a more reasonable outcome for the NAFTA renegotiations."

Kantor said he thinks the negotiations will be successful if the new NAFTA creates jobs, wealth, production, and higher incomes in all three countries, like the original NAFTA did.

"U.S. exports to Mexico have grown 400 percent since NAFTA started," he said. "They are almost as large as all of U.S. exports to all of the European Union countries combined. The fact is that Mexico is a major market for the United States, as is Canada. The three together are the largest trading market in the world."

Kantor added that it is critical that NAFTA is updated and not terminated entirely.