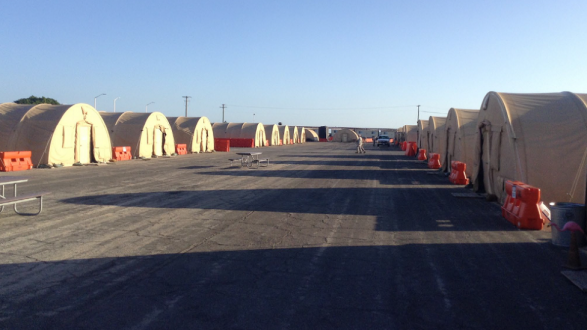 On this 17th anniversary of the 9/11 attacks on the United States, the Pacific Council’s Guantánamo Bay (GTMO) Task Force announces the release of its second report, A Matter of Time, to renew the call for federal judges to preside over the military trials at Guantánamo. The report builds on recommendations made in 2016, several of which were adopted in the National Defense Authorization Act for Fiscal Year 2018.

Fifteen years after the capture of suspected mastermind Khalid Sheikh Mohammed, 11 years after he and his four codefendants were transferred to Guantánamo, and six years after their arraignment, there has been no trial—not even a trial date on the horizon.

This new report calls for equipping federal judges with expanded powers to enforce deadlines, levy consequences, and propel these cases toward fair and final conclusions.

Following up to the GTMO Task Force’s 2016 report Up to Speed, the task force now calls for equipping judges with expanded powers to enforce deadlines, levy consequences, and propel these cases toward fair and final conclusions. To highlight the leverage that a properly empowered judge could exert over the proceedings, the task force has narrowed its focus to Guantánamo’s two long-running death-penalty prosecutions, for the 9/11 attacks and the USS Cole bombing.

The task force's new report proposes that federal judges (or military judges, to the extent they remain empaneled) should have the authority to:

These proposals reflect the unanimous conclusions of the nonpartisan task force, comprised of 23 Pacific Council members and legal experts who have spent a collective 255 days at Camp Justice as observers of the Guantánamo proceedings. While the group encompasses a wide range of political opinion, they all share an interest in finding concrete, pragmatic remedies for impartially and transparently expediting the most important terrorism cases in U.S. history. The victims of these atrocities deserve a clear path forward. As a nation of laws, we all do.