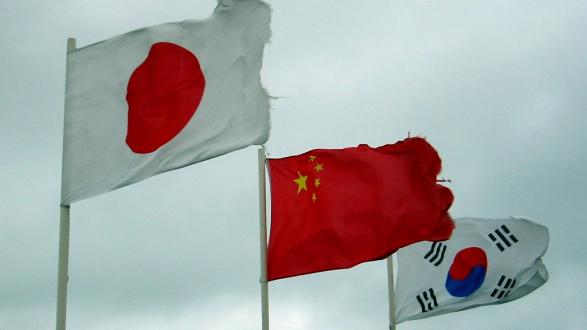 Multilateral trade agreements such as the Trans-Pacific Partnership (TPP) are mutually beneficial for countries in the Asia-Pacific, Keio University Professor Yorizumi Watanabe told Pacific Council members in a roundtable discussion. The conversation was presented in partnership with Japan House LA and moderated by Ms. Rachel Swanger, associate dean of the RAND Corporation’s Pardee Graduate School.

Watanabe argued that multilateral trade agreements and an international legal infrastructure are necessary in order to forge strong trade and investment partnerships.

"There is a very dynamic production network across the Asia-Pacific," Watanabe said. "It’s not just bilateral: one country to another. The U.S. government is now interested in bilateral trade agreements, but a bilateral agreement between Japan and the United States cannot capture that dynamism."

"The NAFTA negotiations have been an important focus for Japan, because that will have enormous ramifications on bilateral economic talks between Japan and the United States."

He added that the United States is Japan’s closest ally in every sense of the term, particularly in trade.

"We are co-partners, so we have to work together," he said. "The United States was a sort of guarantor for Japan to become a member of the international trade club called the General Agreement on Tariffs and Trade. Because of a trade imbalance that Japan has with the EU and the United States, it became involved in trade disputes. My research has focused on how Japan can mitigate the negative aspects of international trade. In order to do that, a trade architecture had to be established, a legal infrastructure such as the World Trade Organization [WTO]."

He also pointed out that Japan is closely watching the NAFTA renegotiations between the United States, Canada, and Mexico because they could impact talks on the U.S.-Japan free trade agreement. Japan is particularly interested in the outcome of controversial issues such as rules of origin and dispute settlements.

"The NAFTA negotiations have been an important focus for Japan, because that will have enormous ramifications on bilateral economic talks between Japan and the United States," he said. "Japan’s auto industry has been building up its value chain production network in accordance with NAFTA’s rules of origin."

"Japan has had some domestic difficulties in terms of negotiating international trade deals, particularly related to agricultural protectionism."

Watanabe said that over the past 20 years, Japan’s agricultural sector was resistant to joining multilateral trade agreements, but that eventually it came around.

"Japan has had some domestic difficulties in terms of negotiating international trade deals, particularly related to agricultural protectionism," he said. "One of the important outcomes of the TPP trade deal negotiations is that it affected the mindset of the agricultural farming community. Before that there was a spirit of protectionism, which limited Japan’s international trade participation. They tried to protect themselves from international competition, but now with TPP more than 81 percent of all Japanese products are subject to duty elimination. Because of Japan’s domestic politics, this change took some time to be realized."

Watanabe explained that he was an early supporter of TPP, which he said was difficult because the trade deal was not originally popular in Japan.

"What I’ve learned from my Chinese colleagues is that China’s trade policy and TPP are not necessarily in confrontation."

"Before Japan joined TPP negotiations in 2013, whenever I went to various Japanese cities to talk about TPP, the audience shouted at me that I was a traitor," he said. "But this was an initiation of a national debate on TPP. In Japan, we’ve had a comprehensive national debate about whether it was good for national interests or not, which for the United States was maybe not the case. It was only during the [2016] presidential election that most Americans heard about TPP."

Watanabe said that he remains optimistic that the United States will eventually reenter the agreement, adding that President Trump’s Ambassador to Japan William Hagerty told him negotiations for the bilateral U.S.-Japan free trade agreement have been "frustrating."

"The United States will lose if they continue to stay outside of the TPP trade deal," said Watanabe.

"What I’ve learned from my Chinese colleagues is that China’s trade policy and TPP are not necessarily in confrontation," he said. "China joining TPP might be their second instance of WTO accession. They acceded to the WTO in 2001, and since then they’ve had double digit growth of trade. China is looking for more trade opportunities. At the beginning of the TPP negotiations, they saw the agreement as a new containment policy against China. Now they see that TPP and RCEP [the China-led regional trade agreement called Regional Comprehensive Economic Partnership] are not in conflict with each other. They could be complementary."

"The United States and Japan should incorporate China into the new international trade framework. At the same time, we shouldn't antagonize China too much."

Watanabe said there are essentially two camps within China: a conservative one that wants to maintain the status quo of state-owned enterprises, and a progressive one that wants China to further develop and expand beyond being a middle-income country, which would require China to be exposed to more international competition.

"Japan and the United States should encourage that second group of people in China," said Watanabe. "Japan needed international pressure to change stubborn domestic trade policies. Similarly, China should be incorporated into this new international trade framework. At the same time, we shouldn’t antagonize China too much. We should use existing trade dispute settlements such as the WTO in order to get China to feel like it is internationally committed, legally. This is the best way to make a soft landing for China’s aggressive expansion."