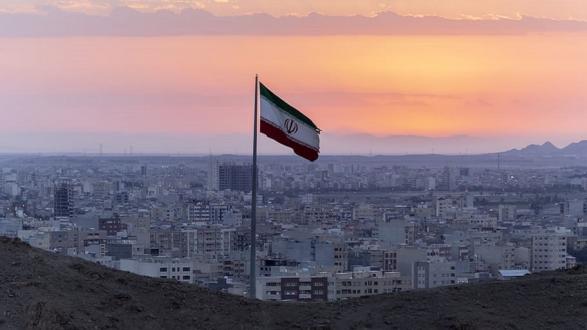 For 40 years, neither the United States nor Iran has been able to decide whether they seek a truce or a war.

Ostensibly, the Iranian people have persistently telegraphed to all who would listen that they have an affinity for America, and would like more engagement rather than less. This, from a populace that persists in cities and towns across Iran plastered with anti-American slogans posted by the regime on public walls.

The government has schizophrenically tried to propound both a proud and a humble posture toward the United States. Ebbing and flowing with each change of the U.S. executive, they first presented the defiant bearded revolutionary as the face of Iran, and finally offered the sage statesman as the face of the revolution, with foreign minister Javad Zarif.

Through it all, observers have understood that there is no one face of the Iranian people—that short of fierce pride in their history and culture, they are a diverse population with varied opinions, lifestyle preferences, belief systems, and even religious temperament. Whereas the Arab identity can uniformly be calibrated under some form of Islam, the Iranian identity has, for centuries, been rooted in a secular instinct that demands less Islam in their lives and more pragmatism.

Today we have a new geopolitical reality, one where the Iranian bully pulpit in the region is under scrutiny and U.S. supremacy is in question.

The Trump administration is the first administration in 40 years to openly acknowledge the fissure between the people and the current government of Iran, admitting that they will exploit, indeed help wedge, that fissure in order to topple the regime. That, and some strategic meddling with the help of Israeli access in the region, has effectively defanged the Islamic Republic of Iran.

Beginning with protests in Lebanon, where the Iranian-backed Hezbollah—now a political faction in parliament—was targeted, and then in Iraq where protests led to Iranian influence being denounced by chants of “Iran Out,” to the sudden withdrawal of troops from Syria making Assad less dependent on Iranian aid, the United States incrementally defanged Iran and left them without the power of their proxies: the great threat that had kept the world at bay.

This, alongside debilitating sanctions that have depleted Iran’s coffers to the point of having to suspend petroleum subsidies and deal with the fallout of mass domestic protests, the United States finally saw its chance to make a bold strike, and see if it holds. They targeted Soleimani, the man most responsible for the proxy network that had rendered the world impotent, and took him out with one remotely launched Hail Mary. Then we held our breath.

The old equilibrium has vanished and a new order will have to be built. Perhaps the best anchor upon which to hinge that new set of livable alliances is ISIS. No regional government wants to see them gain strength, and everyone is willing to collaborate to some degree to form a firewall against them.

Protests, marches, and funeral processions with threats of purgatory came and went, with menacing words of retaliation for a figure whom many in Iran saw as a fearless modern hero. But then came an awkward rocket attack that delicately missed its mark, and a claim of conclusive bluster to save face. Both sides exhaled as the dust settled, and each nodded to the other acknowledging a bluff called and a war gingerly averted.

Today we have a new geopolitical reality, one where the Iranian bully pulpit in the region is under scrutiny and U.S. supremacy is in question. Arab allies of the United States are keeping conspicuously quiet as they wish not to be associated with an erratic administration which might ignite yet another horrific conflict in a region already awash with them.

Iran’s usual allies are sheepish in their defense of the Islamic Republic or their willingness to step up with retaliation. Everyone is now sure the old equilibrium has vanished and a new order will have to be built. Perhaps the best anchor upon which to hinge that new set of livable alliances is ISIS. No regional government wants to see them gain strength, and everyone is willing to collaborate to some degree to form a firewall against them.

An old Iranian saying goes, “The enemy of my enemy is my friend.” Or is that an old American saying...? These two nations, at their moderated best, are closer than they think.

Maryam Zar, J.D., is a Pacific Council member, LA Commissioner on the Status of Women, and founder of Womenfound, a nonprofit dedicated to bringing awareness to the plight of women in the Middle East and AfPak regions, and empowering them with a voice. She is also a former Iran correspondent for Gulf Marketing Review, Middle East Economic Digest, and Iran Business Monitor as well as editor for Iran News.