An Alternative Way to Finance Economic Development in Africa 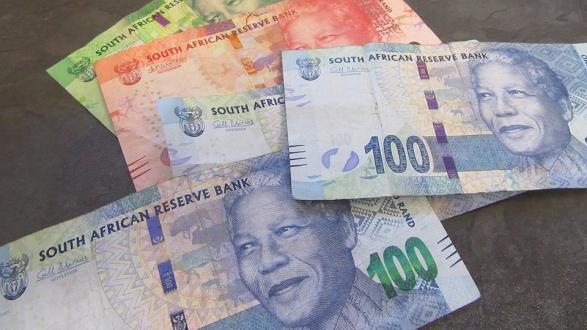 African governments can and should use public-private partnerships (PPPs) to reduce the financial gap between Africa’s economic development and investments.

Many African countries have opted for financing their investments in economic development through the accumulation of external debt, which pushes them to the brink of a debt crisis.

For example, 22 African countries have already gone beyond both debt-to-GDP ratio limits for developing countries recommended by the African Monetary Co-operation Program (AMCP) and the International Monetary Fund (IMF), of 60 percent and 55 percent, respectively. Some of those countries include Guinea-Bissau (69% of GDP), the Republic of Congo (78% of GDP), the Gambia (80% of GDP), Zambia (91% of GDP), and Mozambique (108% of GDP).

Public-private partnerships stimulate countries’ economic growth, which is one of the main elements of economic development, by accumulating capital and creating labor locally without accumulating external debt.

PPPs stimulate countries’ economic growth, which is one of the main elements of economic development, by accumulating capital and creating labor locally without accumulating external debt. The partnership consists of potential investors (the private sector) mobilizing funds and investing in a country’s infrastructures such as roads and ports, and getting their return on investment through tolls on roads or management of their investment for a certain number of years. Governments (the public sector) would get their part of the return on investment through taxes and fees on those enterprises.

One example of a PPP that has boosted economic development in Africa is the Highway project, a greenfield toll road that links Dakar to Diamniadio in Senegal. The partnership is between the government of Senegal and the International Finance Corporation (IFC). The IFC financed $30 million and mobilized about $55 million from the African Development Bank, the Western African Development Bank, and one of the main local commercial banks.

The project has created more than 3,000 jobs locally as a result of new businesses that have emerged in the area. Moreover, the project has facilitated access to wider markets and has increased competitiveness for about 60 percent of local businesses, according to an APIX report. Thus, the Highway PPP project has facilitated the Senegalese government to invest in infrastructure for the country’s economic development without directly bearing the financial costs.

In order to attract PPPs, African governments need policy reforms that would improve the business environment for the private sector.

Another example of a PPP that has boosted economic development in Africa is the Tanger-Med port project in Morocco. Morocco invested more than $1 billion in new terminals of the Tanger-Med port through PPPs. The project has made Tanger-Med the largest port on the Mediterranean Sea in terms of container capacity. One terminal has created about 6,000 jobs at the port and about 70,000 jobs in the area due to the emergence of new businesses.

The project has also boosted the country’s economic growth by increasing the country’s exports and trade diversity, especially in the Moroccan manufacturing sector and aeronautics sector. Maersk, Eurogate, and Marsa Maroc manage the new terminals. As a result, the Tanger-Med port project has contributed to the economic development of Morocco by adding value to its port.

In order to attract PPPs, African governments need policy reforms that would improve the business environment for the private sector. More than three-fourths of African countries are at the bottom of the Ease of Doing Business Rank. Policy reforms such as fast contract closure, fast property registration, more guarantees, strong contract enforcement, and fair insolvency settlements would incentivize investors to establish partnerships with African governments.

African governments need the private sector to help them reduce the financial gap through PPPs so that together, they can move the African continent toward sustainable development.

Nevertheless, both investors and African governments should pay attention to the details in PPP contracts to fully understand each party’s interests, expectations, and procedures of dispute resolution before signing them.

In conclusion, reducing the financial gap between economic development and investment is a major challenge for African countries. Accumulating debt increases the risk of a debt crisis. Therefore, African governments need the private sector to help them reduce the financial gap through PPPs so that together, they can move the African continent toward sustainable development.

Aurelie Ngo Mambongo is a Pacific Council member and a graduate of the Emerging Leaders Program at the Harvard Kennedy School of Government.