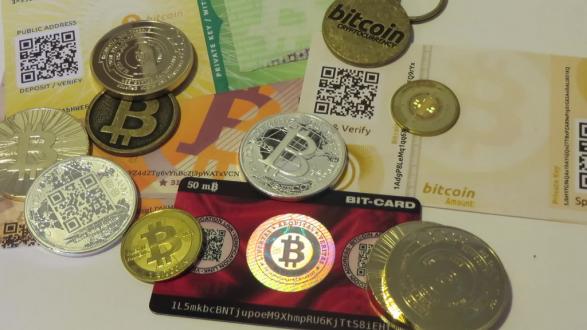 While emerging cryptocurrencies come with enormous risks including the lack of international regulations, the technology is also a source of important innovation and has the potential to help alleviate poverty, experts told Pacific Council members in a Situation Briefing teleconference.

Blockchain technologies and cryptocurrencies such as Bitcoin are changing the way people think about economic privacy, security, government currency monopolies, and the global financial system. With digital asset trade becoming an increasingly global phenomenon, the international financial regime has yet to develop policies to address the challenges that these new technologies raise.

"It’s useful to take a step back and ask, ‘What is this thing? What is Bitcoin and other cryptocurrencies?’ It’s brand new," said Villani. "It’s not a true commodity, it’s not a complete fiat currency obviously, and it’s also not a pure equity because you don’t have the rights as an investor on the equity side, but you also don’t have the risk. It’s almost like a miles program and like crowdfunding, where people are pre-selling a utility product."

"Don’t expect to see these regulatory agencies banning specific activities outright... because U.S. regulators are mindful that they don’t want to hamper innovation."

In December, U.S. Securities and Exchange Commission Chairman Jay Clayton released a statement on cryptocurrencies and ICOs (initial coin offerings, an unregulated means by which funds are raised for a new cryptocurrency venture), which in part read, "Please recognize that these markets span national borders and that significant trading may occur on systems and platforms outside the United States. Your invested funds may quickly travel overseas without your knowledge. As a result, risks can be amplified, including the risk that market regulators, such as the SEC, may not be able to effectively pursue bad actors or recover funds."

Park said he doesn’t expect U.S. regulators to introduce new formal rules regarding cryptocurrencies in 2018, because they are currently waiting to see how the industry plays out.

"In 2018, I would expect more interpretive guidance being issued from various agencies to provide additional clarity to the industry, but I don’t expect formal rulemaking per se," he said. "That doesn’t mean we won’t see one or two. I also don’t expect to see these regulatory agencies banning specific activities outright, such as these ICOs as Chinese and Korean regulators have done in their jurisdictions, because U.S. regulators are mindful that they don’t want to hamper innovation and have all of these innovative projects move overseas."

He pointed out that many investors and companies are trying to get into the cryptocurrency industry in recent years because people have been successful in raising capital through the success of many ICOs. He said that a lot of the concern regarding Bitcoin and other cryptocurrencies derives from their speculative nature.

"They’re not registered exchanges," he said. "But when these cryptocurrencies or ICO projects are considered a security, it will subject the token issuer to registration requirements with the SEC. It will require the exchanges that are trading these cryptocurrencies to register with the SEC as a national securities exchange. It will be subject to ongoing investor disclosure requirements and other regulations."

He pointed out that some market professionals attempt to get around this by labeling their ICOs "utility" tokens, but that that does not prevent the token from being a security. To date, no ICOs have been registered with the SEC.

"Regarding tax issues, the IRS has deemed virtual currencies as property for tax purposes, which means it would be subject to capital gains treatment," he said. "There is now some uncertainty as to whether all coin trading will be considered a lifetime exchange, meaning will you get taxed when you trade one cryptocurrency for another, or when you trade one cryptocurrency for a fiat currency like the U.S. dollar, so when you make the withdrawal that’s when the tax treatment would be triggered."

"People in war-torn areas may not be able to use traditional banking, so in those types of situations Bitcoin and other cryptocurrencies can be a vital tool."

O’Sullivan gave a brief overview of how cryptocurrencies and online commerce developed, which she said took longer than it would have otherwise because of security concerns.

"In the early days of the internet, there was no infrastructure for people to make secure payments online," she said. "In late 2008/early 2009, it looked like the problem had finally been solved. The invention of blockchain technology—using peer-to-peer computing and cryptography—allowed people to send payments directly and securely from one person to another without having to rely on a trusted third party."

"People in war-torn areas may not be able to use traditional banking, so in those types of situations Bitcoin and other cryptocurrencies can be a vital tool," she said. "As a potentially cheaper alternative to paying Visa or PayPal fees, this could be a way to bring more people into the financial system and expand the domain of trade across the world."

"Rather than building an unwieldy new regulatory structure that might unduly limit some of the innovation taking place in this promising industry, a better path forward is to simply apply existing policies to money transmitters in the cryptocurrency space."

O’Sullivan said when she talks to policymakers, she tells them that many of the financial policies that are in place for existing activities can simply be applied to cryptocurrencies.

"Rather than building an unwieldy new regulatory structure that might unduly limit some of the innovation taking place in this promising industry, a better path forward is to simply apply existing policies to money transmitters in the cryptocurrency space," she said. "In other cases, new policies must be developed or reassessed. The policy approach should encourage the positive uses of such technologies while keeping an eye on the potential negative uses. U.S. leadership in this area should be solidified, lest we risk pushing development and innovation to other countries. Policymakers must educate themselves about this promising industry."

Villani argued that cryptocurrencies would never have been developed in the first place if worldwide banking transactions were not so slow and costly.

"The goal of cryptocurrencies is to take out the friction in the transacting and transferring of value across the world," he said. "There are challenges with the current banking system, such as the delay in transferring and the cost of Western Union which is extremely high. So you have the unbanked trying to send money to their home countries, and they’re paying these exorbitant fees. This would never have happened if banks were trustworthy and didn’t charge big money-wiring fees to people who are close to or below the poverty level."

"If you’re not ready to lose your money completely, you shouldn’t be in it. This is high risk and high reward."

Villani said that regulators are currently letting cryptocurrencies work themselves out because they do not want to hamper innovation.

"We all know there’s some type of bubble going on with cryptocurrencies," he added. "The press and the SEC highlighting that fact is a good thing. No one wants anyone to get hurt. But the people in this market are innovators and entrepreneurs. Regarding Bitcoin or any new market, you have to look at your own analysis. If you’re not ready to lose your money completely, you shouldn’t be in it. This is high risk and high reward."