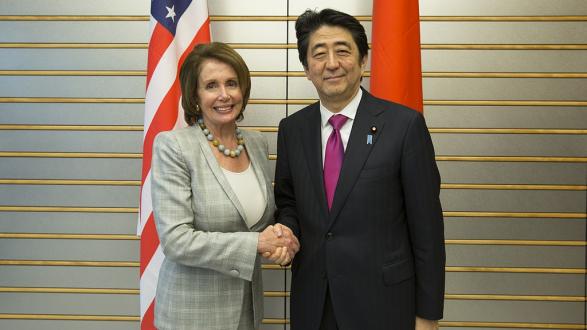 The U.S. midterm elections on Nov. 6 brought a victory for Democrats in the U.S. House of Representatives, while Republicans remain in control of the Senate. The election is expected to have implications on U.S. foreign policy. Democrats are expected to challenge President Trump’s approach to slain journalist Jamal Khashoggi’s case by taking stricter actions against Saudi Arabia. The U.S – China relationship, on the other hand, is less likely to see opposition, as "Democrats probably support President Trump on China more than Republicans," according to a former U.S. Senate staffer. The House will now also place more emphasis on the Mueller investigation which, as expressed by Rep. Joaquin Castro, a Texas Democrat, "could — we don't know what will be in there — lead the Congress to have other questions about the information that's presented," and potentially strain the U.S. relationship with Russia.

Pakistan’s Supreme Court just ruled in favor of the acquittal of Asia Bibi, a Pakistani Christian who has been on the death row for eight years after being accused of blasphemy during a neighborhood quarrel. Her whereabouts are currently unknown after she took a flight to an unknown destination after receiving death threats from Islamist extremists who have also taken to the streets to protest against the verdict. Her lawyer also fled the country after being threatened, and is now seeking asylum in The Netherlands.

A high-level nuclear discussion between U.S. Secretary of State Mike Pompeo and North Korean diplomat Kim Yong Chol was called off by North Korea just a day before it was scheduled to take place. The cancellation comes at a delicate time in the negotiation process as the two countries’ escalating demands continue to cause frustration. North Korea won’t proceed with denuclearization until the United States removes its sanctions. The meeting, which was arranged to take place in New York, is set to be rescheduled "at a later date," according to State Department spokeswoman Heather Nauert. Meanwhile, a South Korean Foreign Ministry official called the cancellation disappointing, and commented that they "have hoped for real progress toward denuclearization and establishing permanent peace on the Korean Peninsula through the U.S.-North Korea high-level talks."

While the U.S. continues to impose sanctions on Iran, France’s Economy Minister, Bruno Le Maire, announced the EU’s determination to bypass U.S. sanctions by refusing "to allow the U.S. to be the trade policeman of the world." The E3, composed of France, Germany, and the UK, plans to create a special-purpose-vehicle that is projected to "allow companies to do business with Iran while financial payments remained centralized in Europe." The need of such mechanism is argued to be critical especially considering the suspension of some Iranian banks’ access by Swift, a Belgium-based global financial messaging system that defied the EU’s motives. The EU is set on advancing the SVP program with the ultimate goal of strengthening the Euro as an international trade currency, while "some people think this is just a political gesture."

Newly imposed sanctions on Iran have affected Iran’s international trade with other non-U.S. companies, resulting in inflation, skyrocketing prices, and market deficiencies of the most basic humanitarian needs, such as food and medicine. Following its withdrawal from the nuclear deal, the Trump administration imposed sanctions on Iran’s energy, banking, and shipping industries in a move to put pressure on the Iranian government to "abandon its destructive activities." While Iran has vowed to withstand the economic crisis, many fear what the next round of sanctions will bring.

Diplomatic ties between Australia and Indonesia are being threatened after Prime Minister Scott Morrison spoke of potentially moving the Australian embassy to Jerusalem. Indonesian Minister for Foreign Affairs Retno Marsudi said in a leaked text message that the move would "slap Indonesia’s face on the Palestine issue." The tensions come amidst negotiations of a bilateral free trade agreement between the two countries after a decade of discussions, adding additional pressure on the two nations to maintain their relationship despite disagreements over an embassy move.

The U.N. special envoy on human rights in Myanmar, Yanghee Lee, announced in a Human Rights Council meeting in Geneva that the Myanmar government "failed to provide guarantees [Rohingya refugees] would not suffer the same persecution and horrific violence all over again" upon their return, urging the need to postpone the repatriation process. Bangladesh and Myanmar had agreed on October 30 on the returning of the Rohingyas who had originally fled the country after a series of deadly ethnically-motivated attacks.