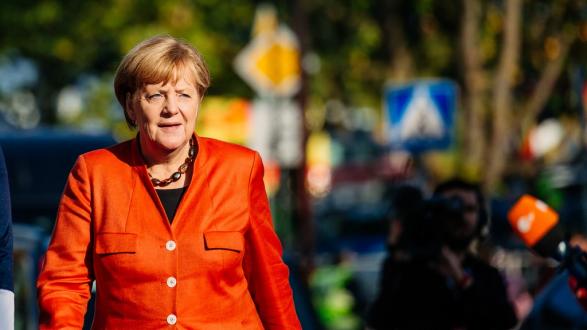 This week, Germany agrees on a migration compromise; a leftist candidate wins Mexico’s presidential election by a landslide; North Korea continues to expand its nuclear program; and more.

Leftist Andres Manuel Lopez Obrador, or AMLO as he is widely known, became the newly elected president of Mexico on Sunday in an historic election that some are calling the "most left-wing government in the country’s democratic history." AMLO’s landslide win "filled millions of Mexicans with hope" with his promise to end corruption, address violence, and improve the country’s economy so that "whoever wants to emigrate should do it out of desire and not out of necessity." ALMO has reiterated his support for the United States—Mexico bilateral relationship, while still maintaining his firm stance on some of President Trump’s policies, like the border wall. Following the win, President Trump tweeted, "Congratulations to Andres Manuel Lopez Obrador on becoming the next President of Mexico. I look very much forward to working with him. There is much to be done that will benefit both the United States and Mexico!"

A suicide bomb exploded on a group of Sikhs and Hindus waiting to greet the Afghani President Ashraf Ghani on Sunday. The attack, which the Islamic State claimed responsibility for, killed 19 people, causing many of the country’s Sikh to consider leaving Afghanistan for India. "Our religious practices will not be tolerated by the Islamic terrorists. We are Afghans. The government recognizes us, but terrorists target us because we are not Muslims," said a relative of one of the victims. Others refuse to leave, citing their ties to their home country and lack of connection to India. "Afghanistan is our country and we are not leaving anywhere," said a local shopkeeper in response to the attacks.

Reports recently broke of North Korea continuing to expand its nuclear program despite Kim Jong-un’s historic June 12 summit with President Trump. Satellite imagery indicated improvements and upgrades were being made to North Korea’s official nuclear research facility, while U.S. intelligence officials revealed they believe North Korea is increasing its production of nuclear fuel at multiple secret sites. "There is absolutely unequivocal evidence that they are trying to deceive the United States," one official stated. Others argue that this activity doesn’t directly violate the North Korea-U.S. agreement and that nuclear disarmament in the Korean Peninsula was never meant to be immediate. U.S. Secretary of State Mike Pompeo traveled to North Korea on Thursday to continue conversations regarding North Korea’s nuclear program, while President Trump insisted that "if not for me, we would now be at war with North Korea."

German Chancellor Angela Merkel and German Interior Minister Horst Seehofer came to an agreement on Monday after a weeks-long political standoff surrounding the country’s migration crisis. Merkel has long been criticized by her opponents for Germany’s open-door policy to migrants, resulting in Seehofer threatening resignation if a compromise on migration wasn’t reached. Merkel said the agreement, which establishes transit centers for migrants to be processed to determine if they have already applied for asylum in another European Union country, was a "good compromise." Despite the contentious debate and talks of Merkel’s days being numbered, the chancellor vowed, "I firmly expect, and I’ll do my part to ensure, that our government does good work, not only now but in the coming years."

The Syrian government and Russian military forces have intensified air strikes in southern Syria after ceasefire talks between the Syrian opposition and Russia failed to result in an agreement. The bombing, which took place in the Deraa province, has forced 320,000 people to flee their homes without food, water, or shelter, creating a humanitarian crisis "in a country where half the population has been displaced over the seven years of war." The UN and Amnesty International have urged Jordan to open its borders to Syrian refugees. The country recently said they would not open its borders, but have been distributing supplies into Syria.

Malaysia’s former prime minister, Najib Razak, was arrested on Tuesday in connection to a billion-dollar corruption scandal. The Malaysia anti-corruption committee is investigating a suspicious transfer from a state fund into the ex-leader’s bank account. The U.S. Department of Justice is also investigating the scandal, alleging that billions of dollars were funneled through U.S. banks and used to finance Hollywood films and to make extravagant purchases. The scandal has been called "kleptocracy at its worst" by U.S. Attorney General Jeff Sessions, while Malaysia’s current prime minister says there is an "almost perfect" case against the former leader. Despite the evidence, Razak maintains his innocence and denies ever misappropriating funds.

French President Emmanuel Macron visited Nigeria this week for the first time since taking office. Macron, who spent six months in Nigeria in 2002 as an intern at the French Embassy, visited the country to discuss African culture, business, and investment, while returning to his old stomping grounds like the Shrine nightclub founded by Afrobeats musician Fela Anikulapo Kuti. Macron also discussed French-African cultural ties and France’s plan to create the "Season of African Cultures" in 2020 to "change the French perception of the African continent through the promotion of contemporary African creation." Macron didn’t shy away from discussing France’s history of colonization, but  highlighted his commitment to strengthening the Franco-African relationship and promoting a new image of Africa. "I will be alongside those who believe that Africa is neither a lost continent nor one that needs to be saved," he said.