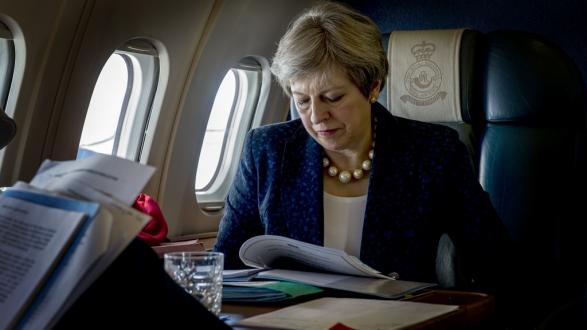 After a month-long journey on foot, the first wave of Central American refugees has reached the U.S. southern border where they now wait for a decision on entry. Many of the first Central Americans to arrive are part of an LGBTI group escaping the violence and discrimination they face in their hometown; but the majority of other asylum-seekers who are expected to arrive soon are fleeing an array of difficulties, including unemployment and poverty. President Donald Trump implemented restrictive measures on the asylum-visa process in an attempt to halt the caravan's move, which he called a migrant "invasion." Despite his efforts, the migrants are still expected to continue their journey. "This president, Trump, this wall — it is all so ridiculous. We’ve had migration for years, and these people just want to get to the U.S. They just want something better," said a police officer in Tijuana.

A new Afghan project, the Shahtoot Dam, is scheduled to be built soon on the Kabul River to help regulate water infrastructure.  Water supply has been scarce for years in the country as a result of an escalating population, and a 60 percent drop in rain and snowfall that has harmed its agriculture and economy. While the dam is projected to reduce water shortages in Afghanistan by providing drinking water for Kabul and developing electricity from hydropower, reports show that it will reduce water flow in Pakistan by 17 percent, which raises fears of increased tensions between the neighboring countries. India will assist in building the dam, which Pakistani officials denounce as part of "India’s grand plan to strangle Pakistan’s limited water supply."

President Donald Trump will not attend the Asia Pacific Economic Cooperation (APEC) 2018 summit this year in Papua New Guinea. Instead, Vice President Mike Pence and National Security Adviser John Bolton will be leading the U.S. delegation, despite the region’s disappointment in Trump's decision. "Every country in Southeast Asia is trying to forge a close relationship with the U.S. - they don’t want to live in a region that’s dominated by China. They want options, and they want balance," said Brian Harding, deputy director of the Southeast Asia program at the Center for Strategic and International Studies. Russian President Vladimir Putin who attended the Association of Southeast Asian Nations summit in Singapore on Tuesday will also be missing in the APEC summit.

After months of political deadlock, UK Prime Minister Theresa May received the approval of her cabinet on a draft of the Brexit deal, a decision that was "not taken lightly," but one that she believes is "in the national interest." May firmly defended the terms of the deal in the House of Commons on Thursday, despite the ministerial resignation of Brexit Secretary Dominic Raab and two junior ministers in a political statement against the proposed agreement which will regulate the UK’s borders and future trade laws. "We can choose to leave with no deal, we can risk no Brexit at all, or we can choose to unite and support the best deal that can be negotiated," said May, who is expected to present the details of the withdrawal plan to EU leaders in a summit scheduled for November 25.

Recent audio recording evidence surfaced in the investigation of journalist Jamal Khashoggi’s murder causing Saudi Arabia’s public prosecutor to conclude that Saudi officers were involved in his murder. While Saudi Crown Prince Mohammed bin Salman continues to deny any knowledge of the event, the recording reveals the voice of a person instructing another on the phone to "tell your boss that the deed was done," which American authorities speculate is a reference to the prince. The international community is demanding a process to bring to justice "both the people who committed the act but also the people who gave the orders for the act," said British Foreign Secretary Jeremy Hunt, the first high-ranking British official to travel to Riyadh since the murder.

Myanmar leader Aung San Suu Kyi has been revoked of her Amnesty International title of Ambassador of Conscience due to her "indifference" towards the Rohingya crisis. Under her leadership, human rights defenders and journalists who tried to investigate the country’s military participation in the rape, murder, and arson of Muslim minorities in the Rakhine State have continued to be imprisoned. A letter with the decision was addressed to her by Amnesty’s secretary general in which he wrote that her administration has "actively shielded the military from international scrutiny and accountability" in the killing of Rohingya families, which have resulted in the exodus of 700,000 Rohingya from Myanmar to Bangladesh.

The UN has agreed to lift sanctions on Eritrea after nine years of a nationwide arms embargo, travel ban, and asset freeze. The decision follows Eritrea’s recent rapprochement efforts to its neighboring countries, including signing a peace agreement with Ethiopia, which it had once belonged to before it gained its independence. The peace agreement officially ended decades of hostilities between the two countries, resulting in a “wind of hope” in the Horn of Africa, according to UN Secretary-General Antonio Guterres.

Global Beat is on hiatus. Follow us on social media to stay up-to-date with international news.