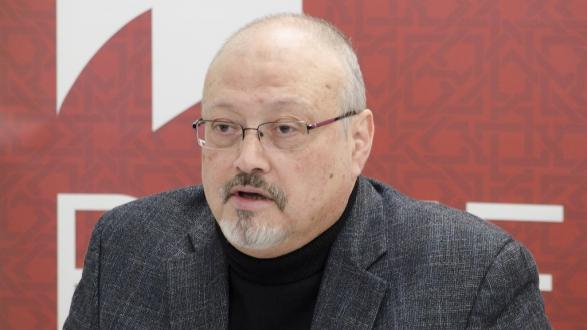 This week, a Saudi journalist disappears after entering the Saudi Embassy in Istanbul; U.S. envoy to Afghanistan travels to Pakistan for peace talks; French and Italian leaders vow to save Europe; and more.

The leader of Peru’s opposition political party, Keiko Fujimori, is being detained for 10 days over money laundering accusations that include undeclared donations from supporters during cocktail party fundraisers and her involvement in the Brazilian Odebrecht corruption scandal. Fujimori’s lawyer called the detention "abusive and arbitrary." Fujimori is the daughter of Peru’s former president, Alberto Fujimori, who was just ordered back to jail on charges of human rights abuses during his tenure. Her opposition to her father’s actions and her popularity amongst the Popular Force party have left many of her supporters protesting her detention.

An envoy headed by former U.S. Ambassador to Afghanistan Zalmay Khalilzad traveled to Pakistan on Tuesday to discuss the peace process with neighboring Afghanistan and ways to negotiate with the Taliban to resolve the ongoing conflict. The meeting with Pakistani Foreign Secretary Tehmina Janjua and other "security, defense, and diplomatic officials" comes at a pivotal time as the Afghan Taliban is currently seeking to disturb Afghan’s election campaigns, which it claims are "a U.S. ploy to further Washington's interests in Afghanistan."

Chinese authorities admitted—and legalized—the presence of detention centers designed to target the "re-education" of those suspected of religious extremism in an attempt to crack down on terrorism. The new regulation alarms international human rights organizations, as detainees are largely from the minority Uighur Muslim community. While released detainees have reported  mistreatment in the camps, including being forced to sing "Without the Communist Party, There Would Be No New China," the government continues to refute the reports and stresses there is "no arbitrary detention or lack of freedom of religion or belief."

The drive to increase populism in Europe marks a new accord between French National Front leader Marine Le Pen and Italian Interior Minister Matteo Salvini, who announced their 30-year plan to elect more populist leaders to the European Parliament to save Europe from the "totalitarian system" of the European Union. The two far-right politicians harshly criticized the EU Commission President Jean-Claude Juncke and EU Economics Commissioner Pierre Moscovici and blamed them for existing insecurity and unemployment. In exchange, they promised the "emergence of a Europe of nations, a Europe of respect, a Europe of protection."

Saudi journalist Jamal Khashoggi went missing last week after he walked into the Saudi consulate in Istanbul, and speculations are being raised on whether the disappearance is state-sponsored. Known for his sharp criticism of Saudi Crown Prince Mohammed bin Salman’s government, the Washington Post columnist has been on a self-imposed exile in the United States since last year following his estrangement from Saudi officials to whom he previously served as an advisor. Khashoggi wanted to start a pro-democracy group for the Middle East. While Saudi Arabia continues to deny any allegations leading to its involvement in the abduction and possible murder, the case has sparked international concerns, which were addressed by President Trump who promised to "get to the bottom of it" but said the United States would not halt arms sales to Saudi Arabia.

In the aftermath of the Sulawesi earthquake and tsunami which left a climbing death toll of 2,000 and more than 70,000 homeless, the Indonesian government is putting restrictions on the intervention of international aid NGOs on the ground in order to better organize search and rescue processes during the crisis. Authorities clarified that assistance is welcomed, but must first be coordinated, stating that they "do not want to end up in a situation where [they] are receiving assistance, where there are already adequate supply or capacity on the ground, while [they] are not receiving assistance that we really need or lack of capacity on the ground."

The presidential candidacy of Maurice Kamto, the leader of the Cameroon Renaissance Movement, is facing backlash after the self-proclaimed winner unconstitutionally declared his poll victory before the announcement of Cameroon’s Supreme Court’s election rule. Twenty-five petitions to annul the vote have been sent to the electoral commission, which have yet to reach a decision. The new Cameroonian president will be replacing President Paul Biya who has served his title for 36 years.