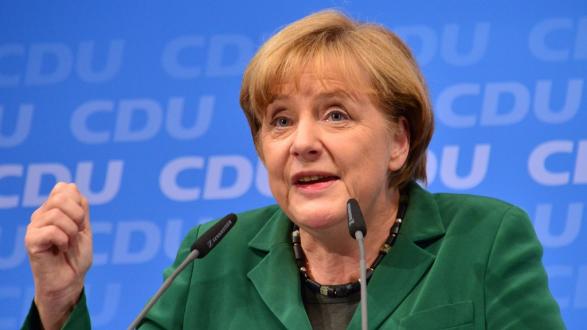 Far-right populist Jair Bolsonaro won the presidential elections in Brazil on Sunday. Bolsonaro, also known as the "Brazilian Donald Trump," is a long-serving member of Congress who has a history of making controversial comments about women and minorities. Bolsonaro won 55 percent of the vote over his leftist opponent, Fernando Haddad, and plans to replace the decades-long political domination of the Workers’ Party which has been blamed for Brazil’s economic corruption. "Now we have a real leader for our country, one who won't take advantage of us and pocket what's ours," said a Bolsonaro supporter. The controversial win comes after a series of troubling campaigning events that included Bolsonaro getting stabbed during a rally, yet some fear that the worst is yet to come. "Brazil now has a more extremist president than any democratic country in the world ... we don’t know what is going to happen."

Discussions over a political peace agreement between the Taliban and the United States in Qatar took a new turn this week as five commanders who were once detained in Guantánamo Bay joined the Taliban's political commission, which has been part of developing the peace process. The five were freed in 2014 in exchange for former U.S. Army Sgt. Bowe Bergdahl, who was captured in Afghanistan. This step could mark a promising peace process, as the "Taliban Five" negotiators "are respected among all the Taliban. Their word carries weight with the Taliban leadership and the mujahideen." However, it is "unclear" how involved they will be in the process.

The United States declared its full support of Taiwan on Wednesday, claiming that "any effort to determine the future of Taiwan by other than peaceful means represents a threat to the peace and security of the Western Pacific area and is of grave concern to the United States." China considers the island to be within its territorial boundaries and has restricted Taipei’s diplomatic participation in international dialogues over the years. China warned Taiwan against supporting "foreign forces" and has increased its military drills around the island. Last month, the United States approved over $300 million in arms sales to the island and recently spent $256 million on a U.S. representative office in Taipei. It also sent two warships to the Taiwan Strait despite Chinese opposition, all of which continue to strain U.S. - China bilateral relations.

This week, German Chancellor Angela Merkel announced she will not seek reelection in 2021, marking the end of 13 years as chancellor and almost two decades as the Christian Democratic Union (CDU) party leader. In her announcement, Merkel said Germany's opinion of her job as chancellor is "a clear signal that things can't carry on as they are...the time has come to open a new chapter." The announcement comes after the CDU experienced disappointing results in regional elections, with votes down 10 percent from the previous election. Delegates of the CDU will appoint the party’s new leader in December. Three politicans have declared their candidacy so far: Friedrich Merz, a former leader of the parliamentary party, Jens Spahn, Germany’s health minister, and Annagret Kramp-Karrenbauer, Merkel’s handpicked CDU party general secretary.

Latest Turkish reports on journalist Jamal Khashoggi’s killing in the Saudi consulate in Istanbul said that the journalist was strangled to death by Saudi officials, then dismembered, directly upon entering the building on October 2, the day he disappeared. Saudi officials, who now acknowledge that the murder took place in the consulate, are claiming that the body was given to a "local collaborator" for disposal, with no further disclosure on the matter. Yet, Turkish prosecutors speculate that a different scenario took place, in which the journalist’s body "was destroyed in acid on the grounds of the Saudi Consulate or at the nearby residence of the Saudi consul general." Based on biological evidence collected from the murder scene, an investigator announced that "Khashoggi's body was not in need of burying."

Tens of thousands of people have taken the streets of Colombo, Sri Lanka to protest the removal of Prime Minister Ranil Wickremesinghe, who President Maithripala Sirisena ousted and replaced with former President Mahinda Rajapaksa. "We are against the sacking, the people did not vote for Sirisena to act in this manner," said of one of Wickremesinghe’s supporters who fears that the replacement will lead to human rights violations. Former President Rajapaksa's government has been accused of triggering violence in the island, including the death of national rugby player Wassim Thajudeen. Wickremesinghe refuses to leave his post, believing his support from parliament will keep him in office. "The Constitution states that the President must appoint as Prime Minister the person who commands the confidence of Parliament and I am the person who has that. We have asked for the summoning of Parliament so I can prove my majority in the House," Wickremesinghe said.

After two years of exile, former South Sudanese Vice President and leader of the country’s biggest rebel coalition, Riek Machar, returned to Juba to mark a new peace deal with President Salva Kiir which would end a five-year bloody civil war. Earlier attempts to reach a peace treaty in 2016 caused Machar to flee the capital followed by helicopter gunshots, amid threats of a coup d’état. However, the new deal commemorates an unprecedented commitment between the two rivals. In a celebratory ceremony, Kiir welcomed the end of the war, and offered an official apology to the people of South Sudan for the thousands of deaths that occurred during the war, saying that it "was a complete betrayal to our people and the liberation struggle." But officials and journalists are quick to point out that this agreement may not bring the change everyone is hoping for, and that there is "every reason to expect this to collapse like past agreements.”