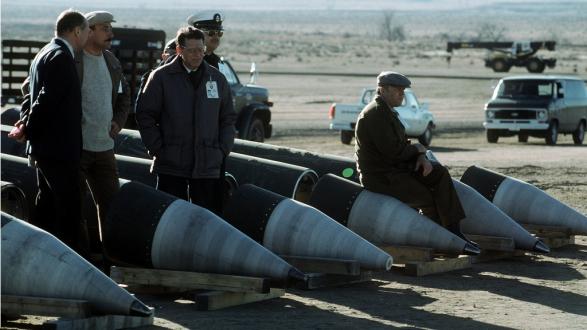 A series of at least 10 suspicious explosive packages were sent to various high-profile figures including former President Barack Obama, former Secretary of State Hillary Clinton, former Vice President Joe Biden, political activist and investor George Soros, Former CIA Director John Brennan, and actor Robert De Niro. Latest updates of the FBI’s nationwide investigation revealed there is uncertainty in regards to whether more packages are expected to come. President Trump strongly denounced the acts, calling them an "an attack on democracy itself," and New York Mayor Bill de Blasio announced in a press conference with the FBI on Thursday that, "this is absolutely terrorism. Using violence to make a political impact."

A bodyguard opened fire on senior American and Afghan officials during a high-level meeting which took place to discuss securing the national parliamentary elections. Two American officials were injured, including Army Brig. General Jeffrey Smiley, who was transferred to a hospital after being shot twice. Kandahar Police Chief Gen. Abdul Raziq was killed. He was considered the most powerful leader in Southern Afghanistan, and a strong anti-Taliban fighter. The officer who opened fire was a bodyguard of Raziq and was appointed only two months before the attack, which was later claimed by Taliban. Top U.S. commander in Afghanistan, Army Gen. Scott Miller was also present in the meeting and escaped the shooting unharmed. He mourned Raziq’s death by claiming, "the good he did for Afghanistan and the Afghan people cannot be undone."

In attempt to lessen decades-long tension between the two Koreas, North and South Korea, as well as the UN Command, agreed to remove arms from the Joint Security Area on the Korean truce border of Panmunjom, where for years, armed guards from both countries have faced each other, ready for combat. Presidents Kim and Moon Jae-in have been working collaboratively toward realizing a "new era of peace on the Korean peninsula," marking the first considerable step to eliminating the hostilities between the two nations that have existed since the Korean war. The pact also includes measures to resist “all hostile acts” in the region, a no-fly zone around the border, and joint searches to clear land mines, explosives, and soldiers’ remains from the time of the war.

United States National security adviser, John Bolton, announced the termination of the Intermediate-Range Nuclear Forces Treaty following a meeting with President Putin in Moscow. The treaty marks a landmark Cold War agreement between the United States and the Soviet Union to eliminate all nuclear and conventional missiles within a certain range. Recent Russian violations, including missile-testing "at a distance prohibited by the agreement," have prompted President Trump to withdraw from the deal. Critics fear terminating the treaty will fuel tensions between the two nations, allowing for increased nuclear development. Former Soviet Union leader Mikhail Gorbachev, who signed the treaty in 1987 with President Reagan, criticized the decision and expressed hopes that Trump and Putin agree on preserving the pact when they meet in France next month.

According to a new report from Human Rights Watch, the Palestinian Authority in the West Bank and Hamas have allegedly been engaging in detaining and torturing social media activists and journalists who have expressed political dissent against the government, thus threatening a state of free speech. "We documented dozens of cases of people detained for a Facebook post, for writing a critical article in a mainstream publication, for protesting, for being involved with the wrong group or movement," said Omar Shakir, Israel-Palestine director for HRW. Palestinian authorities denied the allegations, claiming that "guidance issued by the Ministry of the Interior ... mandate the application of the law and guarantee the proper legal procedures and the preservation of freedoms and rights and prevent their violation or restriction except within the bounds of the law."

Vietnam’s General Secretary of the ruling Communist Party, Nguyen Phu Trong, was elected president after a 99.8 percent parliamentary vote, making him the first politician since Ho Chi Minh to hold two leadership positions in Vietnam’s political system. The country operates a checks and balance leadership system composed of both Trong’s positions, in addition to two others, the prime minister and National Assembly chair. With his current dual-role, the new president-elect is expected to expand on his anti-corruption campaign efforts that he has been leading since 2016, targeting top officials, executives and bankers based on dissent.

As another Ebola outbreak spreads in Congo, militia rebels are targeting civilians, health-workers fighting the outbreak, and children in a series of deadly attacks and abductions that are halting virus-containment efforts. The World Health Organization’s chief reported that "it will be very hard to stop the outbreak if this violence continues." Angry protestors are carrying the bodies of victims, and residents are attempting to open body bags of the deceased to ensure organs are not extracted from the bodies. While the identity of these rebel groups remains unclear, a Congolese army spokesperson announced that the army is "is doing everything possible to prevent further attacks on the civilians." A spokesman to the U.N. Secretary-General called for an immediate cease of attacks.