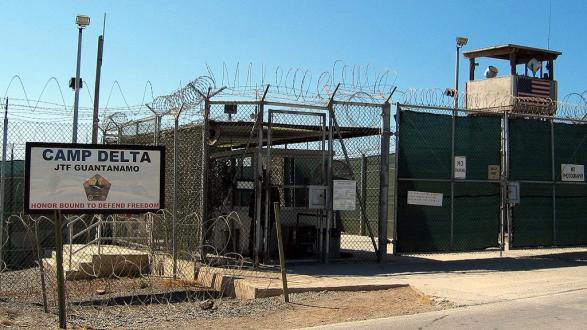 This week, the U.S. Government Accountability Office (GAO) released a report addressing public access to pre-trial hearings of alleged terrorists held at Guantánamo Bay, Cuba (GTMO). This report was required by legislation passed in 2017 in response to and influenced by the 2016 GTMO Task Force report.

For background, current access is available to individuals from the public, and specifically victims and family members of victims of 9/11, via five closed-circuit television sites on military bases and 52 seats at the courtroom in Guantanamo. But over the past decade, victims, family members, and the public have requested better access to these hearings. The GAO’s report recommends that the Department of Defense (DOD) analyze options to increase access, including adding closed-circuit television sites for the public and broadcasting via television or the Internet, and implement the options that are viable. The DOD agreed to do so.

The Pacific Council is proud to contribute to improving the processes at GTMO for the sake of justice for victims and their families through the diligent work of the GTMO Task Force.

The Pacific Council GTMO Task Force directly contributed to this development with recommendations made in its 2016 report: Up to Speed, resulting in amendments to the FY2018 National Defense Authorization Act, including the requirement to make the proceedings of the military commission publicly available online. Members of the Task Force provided feedback to the GAO during the creation of this latest report, and the Task Force was noted in the report as part of the GTMO Observer Program.

The Pacific Council is proud to contribute to improving the processes at GTMO for the sake of justice for victims and their families through the diligent work of the GTMO Task Force.