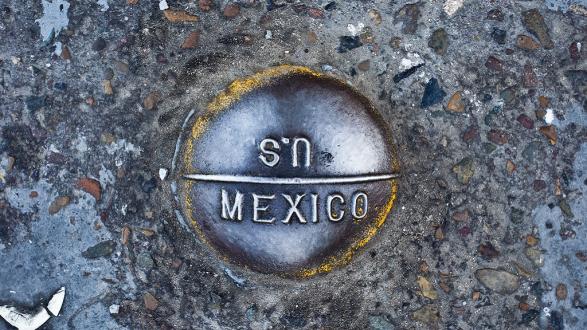 In this interview, the Honorable Michael C. Camuñez discusses how the Trump administration’s proposed policies will impact U.S.-Mexico bilateral relations, particularly day-to-day commerce, trade, and investment. Camuñez is a Pacific Council director, chair of the Mexico Initiative, and the president and CEO of ManattJones Global Strategies. Read more about his background.
____________________

Pacific Council: What will U.S.-Mexico relations look like under a Trump administration?

Hon. Michael C. Camuñez: It’s too early to know what impact a Trump presidency might have on U.S.-Mexico bilateral relations, but, despite harsh campaign rhetoric, we should not assume that the situation will necessarily deteriorate. To the contrary, there are indications that U.S.-Mexico bilateral commercial relations could actually be positioned to improve. Trump’s insistence on renegotiating NAFTA could work to the advantage of the U.S.-Mexico trade relationship if the resulting agreement addresses many of the provisions that were addressed in the context of the TPP negotiations, such as enforceable labor protections, provisions on state-owned enterprises, and so on.

Apart from the campaign rhetoric, the fundamentals of the U.S.-Mexico relationship are quite strong.

The 2016 election placed Mexico and related issues – immigration, security, and trade – at the epicenter of one of the most contentious and negative races in recent presidential history. But apart from the campaign rhetoric, the fundamentals of the U.S.-Mexico relationship are quite strong. The level of cooperation between the two governments, on a range of matters from security to immigration to commerce, is extraordinary and quite deep. The level of communication and cooperation at the working and political levels is very strong. I do not anticipate that changing in the near future.

PC: What should we expect from President Trump with respect to some of his more controversial policy prescriptions, such as those on immigration and trade?

Camuñez: While candidate Trump made fairly specific commitments during the campaign with respect to immigration and trade policy, it’s simply too early to assess whether he’ll follow through on his statements. As a candidate, Mr. Trump offered several specific policy prescriptions that, if implemented, would cause significant disruption in the U.S.-Mexico relationship.

On immigration, the President-elect promised to immediately undo Obama administration policies granting administrative relief to certain categories of undocumented persons, especially undocumented children and their parents [Deferred Action for Childhood Arrivals (DACA) and DAPA]. He also pledged to end the Obama administration’s "catch and release" policy that prioritized enforcement and removal proceedings on aliens with violent or criminal records. And finally, he promised to accelerate and expand deportation proceedings against several million undocumented persons currently known to be living in the United States.

Related to his position on immigration, Trump pledged to build – at Mexico’s expense – a new border wall to impede illegal immigration – while facilitating lawful entry and trade. Though all of these proposals, minus the wall, could be pursued through executive action, President-elect Trump will face significant fiscal and capacity constraints if he does not secure funding from Congress.

As a candidate, Mr. Trump offered several specific policy prescriptions that, if implemented, would cause significant disruption in the U.S.-Mexico relationship.

On the subject of trade, during the campaign Trump repeatedly promised to commence the renegotiation of NAFTA in the first 100 days and, if Mexico did not negotiate in good faith, to provide formal notification of the United States’ withdrawal from the agreement. He also expressed his categorical opposition to the Trans-Pacific Partnership and, presumably, other free trade agreements currently in process, such as the Transatlantic Trade and Investment Partnership. He pledged to aggressively review all existing trade agreements and to ramp up trade enforcement measures, unilaterally and through the World Trade Organization. He also threatened to impose unilateral tariffs on countries engaging in unfair trade practices under the authority conveyed to the president through various trade statutes. A recent analysis by the Peterson Institute affirms the president-elect’s authority to pursue most, if not all, of these measures through executive action.

PC: What will be the impact of these policy shifts?

Camuñez: While it’s premature to forecast any action with any degree of certainty, there’s a plausible scenario whereby a Trump administration would and could work constructively with Mexico in a manner that actually deepens bilateral trade and investment.

First, in his acceptance speech, President-elect Trump signaled his desire to "build partnerships, not conflict" with our allies. His visit to Mexico preceding the election signaled his openness to dealing with Mexico in a respectful manner (despite the aggressive statements he made about immigration immediately following the visit). For its part, the Peña Nieto administration has been measured and careful in its response to the election, reassuring the capital markets that the Mexican government is disposed to work constructively with the incoming Trump administration. The president-elect has already spoken by telephone with President Peña Nieto, who has agreed to another meeting in the near future.

As the Trump administration pursues a more aggressive and antagonistic relationship with China, while also abandoning entirely the TPP, the strategic importance of North America could resurface.

Second, following the election, President-elect Trump released a video statement announcing his actual 100 days agenda and priorities. In it, he affirmed his decision to withdraw from the TPP. However, he made no mention of or pledge to rescind NAFTA. Trump has pledged to create jobs for working class Americans, especially in the manufacturing sector, and to make significant investments, including in infrastructure, to stimulate job and economic growth. In this respect, the president-elect and his advisors are well aware of the extent that the U.S. and Mexican economies are highly integrated and co-dependent. He would face tremendous opposition from the private sector – including core elements of his own party and base – were he to initiate action that could trigger a trade war or otherwise damage the nearly trillion dollars in bilateral trade that currently exists between the United States and Mexico and that supports some 5 million U.S. jobs, many of them working class jobs supporting the North American supply chains.

And finally, while anti-NAFTA sentiments figure prominently in Trump’s stated position, he has staked out an even more aggressive posture vis-à-vis China, indicating he will "on day one" instruct his Treasury Secretary to designate the country a currency manipulator and further call on his trade-related agencies to ramp up aggressive enforcement actions – both domestically and in the WTO – against China. Many trade analysts expect a deep intensification of conflict in Sino-American trade relations, including the possibility of a bona fide trade war. As the Trump administration pursues a more aggressive and antagonistic relationship with China, while also abandoning entirely the TPP, the strategic importance of North America could resurface.

PC: How has the Mexican government reacted to the election of Donald Trump?

Camuñez: Although President Peña Nieto was subject to excoriating criticism for hosting then-candidate Donald Trump during the campaign, the visit did make clear the administration’s intention to work constructively with any administration duly elected by the people of the United States. Nieto also tweeted his congratulations to the president-elect and expressed his continued commitment to working together. 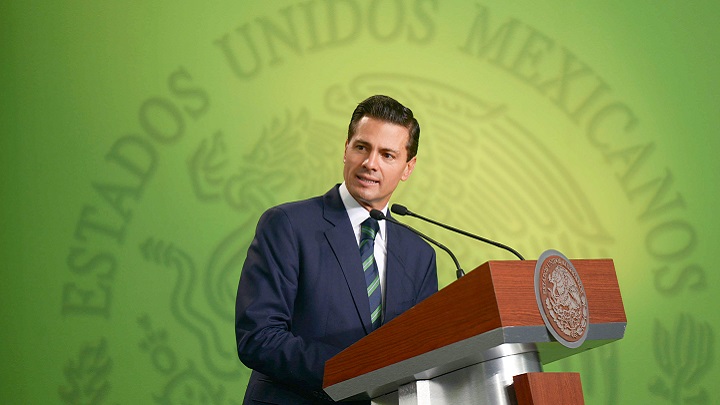 Early in the morning following the election, Mexico’s finance minister and central bank governor held a joint press conference, stressing the soundness of Mexico’s economy and ability to weather the uncertainty generated by the election. Finance Secretary Jose Antonio Meade further pledged the government’s determination to accelerate the implementation of structural reforms to keep the Mexican economy "dynamic." While the Mexican peso has clearly taken a beating during the election, it has since hovered around 20, a far cry from the feared precipitous drop many had expected.

I think it’s very unlikely that the Peña Nieto administration will make any statements that might precipitate a reaction or predisposition from the Trump team. I expect the government will be focused primarily on dealing with the immediate foreign exchange and capital market fallout from the election results to ensure investors of the stability of the Mexican economy. The Mexican government is likely to take a wait-and-see approach to assess fully the new Trump team, its strength and support in Congress, and how it prioritizes the range of commitments it made during the campaign. This approach bodes well for the U.S.-Mexico relationship.
____________________