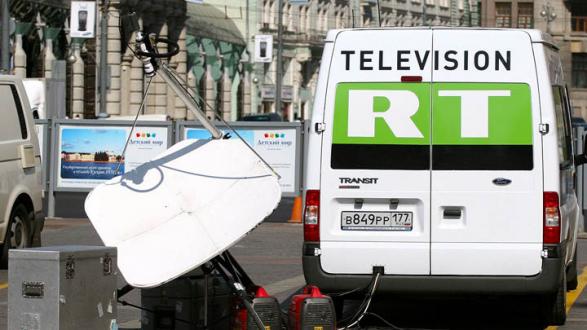 Information has always been part of conflict. Just as Thucydides detailed the effects of messages dispatched during the Peloponnesian War, today experts cite “narrative” as an important part of the war against the Islamic State. But are the United States and its allies behind the curve?

Of the nations that practice information warfare, the most persistent is Russia. In a recent article for the Institute for the Study of War, Maria Snegovaya describes Russia’s dexterity at using “reflexive control,” i.e. shaping an adversary’s perceptions of a situation so that this adversary proceeds to act in the way Russia wants. She notes that disinformation campaigns, a Russian specialty, aim “to confuse the enemy and achieve strategic advantage at minimal cost.”

Assuming that Vladimir Putin will rely heavily on information warfare in his efforts to expand Russia’s influence and undermine NATO, how will the United States and its allies respond?

Truth is irrelevant in such efforts. For months, Russia denied that its troops were present in Crimea, saying that the “little green men” were Ukrainians who might have obtained their Russian-looking uniforms from local shops. The Russian military then took advantage of this smokescreen to seize important targets. The tactics are reminiscent of those used by the Soviet Union during the Cold War, but they now have been adapted to a media-rich environment in which abundant communication tools are available.

Assuming that Vladimir Putin will rely heavily on information warfare in his efforts to expand Russia’s influence and undermine NATO, how will the United States and its allies respond? Given Putin’s affinity for deception, Crimea may have been just a testing ground for further adventurism. Russia is already using information warfare in the Baltic states, targeting ethnic Russian populations in countries like Estonia.

In such situations, NATO should answer promptly, but it is unclear whether they have the capability and resolve to do so. After all, information warfare requires an infrastructure of broadcasting, social media, and other communication assets that can direct messages to the same audiences the Russians target, but do so more effectively. Indigenous media have the most credibility, and NATO should be supporting these efforts with technology, expertise, and money.

This involves expanding the mission of NATO, which was created to counter the Soviets’ conventional military threat. But today, with so many media tools available to so many people, that expansion is vital.

The West should not be caught unaware by further Russian subterfuge.

Over the long run, public diplomacy more broadly will be essential in building resistance to Russian messaging. NATO cannot wait until a crisis arises to reach out to the publics that Russia is likely to target: instead, outreach should consist of a steady stream of projects designed to make these publics less susceptible to Russian manipulation. Unfortunately, many of NATO’s public diplomacy efforts suffer from terminal blandness. Russia offers slick and lively products such as RT television, and NATO has nothing comparable.

Information warfare tactics are used to soften up populations prior to unleashing nastier forms of aggression, and so we cannot dismiss them as “just a lot of talk.” Whether Russia could achieve another success such as that in Crimea is debatable, but the West should not be caught unaware by further Russian subterfuge. And with Russia now contributing to the havoc in Syria, the Kremlin is certain to put its information tools to work for the benefit of Bashar al-Assad’s regime.

Disinformation campaigns are not for the ethically fastidious, but truth should not be relegated to collateral damage in the current testing of resolve. NATO should respect its adversary’s malign determination while recognizing that truth is a powerful weapon in itself. The truth sometimes needs help, and the West should provide it as Russia continues to embrace disruption through distortion.