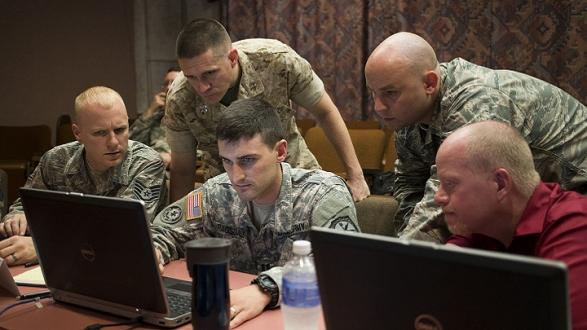 The recent hacking of Sony Pictures, allegedly perpetrated by North Korea, and its aftermath may go down in history as the dawn of “cyber 9/11.” This event raises important issues about the tension between free speech, national security, and corporate responsibility in the new era of cyber warfare.

What was disturbing about the way this incident unfolded was how Sony’s provocation of North Korea with the planned release of a movie forced the U.S. president to weigh in on a private company’s business decisions and, in the process, metastasized into a potentially dangerous confrontation between the United States and an assertive nuclear power under an unpredictable tyrant.

Although many in the United States satirize Kim Jong Un, North Korea is a nuclear power with a significant and growing cyber attack capability.

In a free-market society, a company’s right to pursue profit-generating business and exercise its freedom of speech is not in dispute. While some may object to a film featuring the assassination of a sitting head of state, Sony had the right to produce such a film. That does not necessarily mean that Sony’s action was in the best interests of U.S. national security. Although many in the United States satirize Kim Jong Un, North Korea is a nuclear power with a significant and growing cyber attack capability. Pyongyang has been developing nuclear-tipped Intercontinental ballistic missiles (ICBMs) and submarine-launched ballistic missiles (SLBMs) that will one day reach the U.S. mainland and, according to some analysts, already possesses the ability to launch an electromagnetic pulse (EMP) attack that can paralyze America’s national power grid.

In provoking Pyongyang, a fiercely nationalistic regime centered on the worship of the Kim dynasty that is paranoid about a U.S. attempt to force a regime change, Sony risked inviting a North Korean reprisal without shoring up its own sloppy cyber security, which had made it the victim of past hacking attacks. In the resulting fallout, for which Sony was unprepared, the United States as a nation was dragged into a potentially open-ended cyber war against Pyongyang when Obama vowed to retaliate. Unfortunately, by this time, the U.S. as a nation had already suffered a setback, given the unprecedented damage done to a major U.S. company, as well as the decision by Sony and the biggest U.S. theatre chains to cancel the film’s showings – a decision made without consulting the U.S. government and which was seen as capitulation to foreign cyber terror and blackmail.

None of this is to advocate government censorship and self-censorship. Rather, this is a call for a robust and reasoned national debate on the role of corporate responsibility in the new war on cyber terror.

Would Sony or any other U.S. film studio contemplate producing a movie featuring the CIA assassination of, say, Vladimir Putin, knowing that the Kremlin could annihilate the U.S. with the push of a nuclear button and that Moscow has a potent cyber attack capability, especially now that Putin is under pressure from Western sanctions and an economic crisis? That movie too “has a right to be made” and might even be profitable, but it would likely enrage Putin, invite a reprisal, and rally public support for Putin by conjuring foreign conspiracies against a beleaguered Russia. None of these developments is in America’s national interest.

None of this is to advocate government censorship and self-censorship. Rather, this is a call for a robust and reasoned national debate on the role of corporate responsibility in the new war on cyber terror. The key question is: how do we keep cyber attacks elicited by and directed at private U.S. entities from escalating into an all-out cyber or conventional war? Because it can be hard to identify the perpetrator of a cyber attack and certain entities are better shielded from cyber attacks, it is possible for a foreign entity or nation to inflict destruction on the U.S. while escaping a punitive response. In asymmetric cyber warfare, mutual deterrence can fail, which increases the incentive for cyber attacks, giving rise to an open-ended and uncontrollable escalation of cyber warfare.

The U.S. government, on its part, needs to work with foreign governments in adopting an international code of cyber conduct so as to prevent escalation of cyber warfare.

The United States is not well prepared for cyber war. America’s private entities and industries, including Hollywood and other parts of the media and entertainment industry, have a role to play in contributing to national security. They can start by enhancing their own cyber security, while forging an effective strategic partnership with the U.S. government in deterring and handling foreign cyber attacks. Such a partnership requires better coordination of cyber defenses and expanded sharing of actionable cyber threat intelligence between business and government, which must be part of a comprehensive national blueprint for cyber security. The U.S. government, on its part, needs to work with foreign governments in adopting an international code of cyber conduct so as to prevent escalation of cyber warfare. Finally, they can also begin by appreciating that with freedom comes responsibility: while everything may be fit for expression, freedom of speech and business operation in the cyber age beget a new dimension of security concerns.

Jongsoo Lee is Senior Managing Director at Brock Securities LLC, a member of the Pacific Council on International Policy, and Center Associate at Davis Center for Russian and Eurasian Studies, Harvard University.