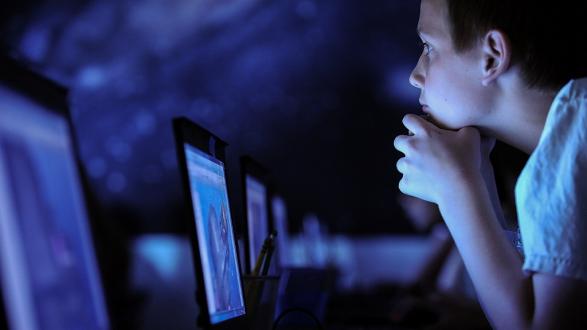 It is not surprising that groups like ISIL would exploit social media, since these conduits have rapidly become a prime mode of communication worldwide, especially as the use of cell phones has spread. The only surprise might be that their display of media and technology skill appears contradictory in light of political and religious ideas that seem so archaic to modern sensibilities. But the jihadist interest in effective communication through mass media isn’t new.

Well before the 9/11 attacks television journalists competed to interview a very media-savvy Osama bin Laden in the remote caves of Afghanistan. Terrorism has always sought publicity; it is a form of violent propaganda that requires a watching or listening audience, the larger the better. Jihadists have thus learned to communicate in languages that are widely understood, rather than restricting themselves to closed internet forums in local languages.

How does this form of communication aid jihadists in particular? It spreads the message across borders and well beyond the local spaces engulfed in civil conflict like Syria, Iraq, and Yemen. It is one factor in motivating would-be recruits to travel to these conflict zones to assist the groups that issue the appeal – and the destination is not only the self-proclaimed caliphate established by ISIL. The "foreign fighters" have traveled to join many different groups in the Syrian conflict, including the Kurdish forces that are fighting ISIL.

Terrorism has always sought publicity; it is a form of violent propaganda that requires a watching or listening audience, the larger the better.

It’s also critical to examine not just the mode of transmission and the global reach of the message but the content of the appeal. In the case of "foreign fighters," the call is defined as a religious duty to defend Muslims against aggression from the outside and from apostate Muslim regimes at home. A problem, of course, is that once the recruits answer the call they have to be fed, housed, directed, and organized – they may be a source of strength but also a source of weakness, a benefit but also a cost. They might even be spies.

The appeal is also, increasingly, to residents of the countries allied against ISIL to commit acts of terrorism at home. This appeal is a cheap and easy way of fomenting disruption, by encouraging individuals who might not be good prospects as fighters to do something useful for the cause. These "home-grown extremists" can intensify public fears and create an impression of ubiquity and unity within the jihadist ranks. But the price for the central organization is loss of control. The appeal is broadcast indiscriminately, and it’s impossible to say in advance who will act on it or what they will do.

The two phenomena are combined when recruited "foreign fighters" return home to engage in terrorism against their own countries, often forming networks that combine returnees with local volunteers. Europe has suffered much more than the United States in this respect, despite our apprehensions. The returnees are experienced and trained and thus are capable of organizing much more destructive attacks than individuals acting on their own initiative in response to a general internet broadcast.

Western governments struggle to deal with this issue. Efforts to prevent "self-radicalization" or "counter violent extremism" by addressing the social media/internet issue have not so far proven very effective. Should we try to restrict the access of jihadist organizations to the internet? Stop the transmission of the message? Block individuals from accessing jihadist websites? Or address the content of the message by "countering the narrative"? These are unresolved questions for public debate.
____________________

Dr. Martha Crenshaw is a senior fellow at Stanford's Center for International Security and Cooperation and the Freeman Spogli Institute and a professor of political science by courtesy at Stanford University. Read more about her background.