The Cost of Instability in the Middle East 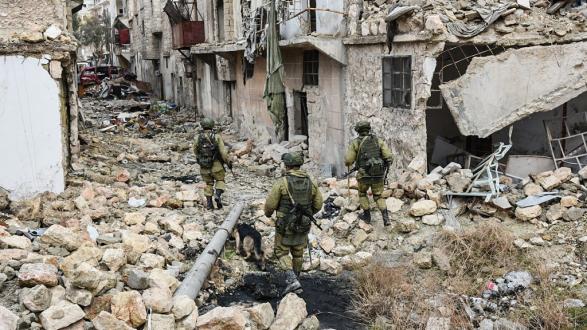 The first installment of the Pacific Council’s "How Did We Get Here?" series featured UCLA History Professor Dr. James L. Dr. Gelvin, who provided a broad historical perspective to the current state of the modern Middle East.

Gelvin began his discussion with Pacific Council members by shedding light on the consequences of the 2003 U.S. invasion of Iraq, which resulted not only in mass casualties but in the creation of a weak, inefficient, and corrupt government. The instability in the region contributed to the emergence of violent extremist groups in the region such as ISIL.

To understand the complexities of the modern Middle East, Gelvin explored the Arab Spring and highlighted its impact on today’s political climate.

The wake of Arab uprisings began in 2011 when Mohamed Bouazizi, a Tunisian street vendor, set himself on fire to protest Tunisia’s authoritarian regime. The revolution against ruling regimes spread across the region, hitting Syria the same year.

Yet, as it continues through its seventh year of conflict, the situation in Syria has long since crossed the limits of a peaceful rebellion, having turned into a much more serious civil war and differentiating itself from the trail of Arab revolutions that came before it.

"What began as another Arab Spring uprising against an autocratic ruler has mushroomed into a brutal proxy war that has drawn in regional and world powers," BBC reported in 2016.

And as Gelvin noted, "everybody has a stake in the Syrian Civil War," and proxy wars are incredibly difficult to end.

What is the cost of the violence in Syria? The conflict has resulted in 500,000 dead and 2 million injured, according to Gelvin. Close to half the population is internally or externally displaced, and more than 70 percent of Syrians live in extreme poverty.

In face of instability in the region and the power vacuum that ensued, ISIL took control of parts of Syria and Iraq in order to create its caliphate.

But now that ISIL is losing territory, where does that leave the organization? Gelvin pointed to three possibilities: ISIL fighters can move on and find other groups to join, they can continue attacks overseas, or they can continue to wage an insurgency in Iraq and Syria. The latter is the most likely. But in the meantime, the cost of ISIL’s dominance has been catastrophic.

Gelvin concluded the talk by pointing out the 10 most pressing issues in the Middle East:

The issue Gelvin points to as integral to the current state of the Middle East is women’s rights. Women’s participation in the workforce remains at 25 percent in the Arab world, with Yemen ranking as the worse country in the world to be a woman. But there are many other global issues plaguing the Middle East as well.

"In terms of human security, the Middle East is calamitous," said Gelvin.

Nour Dabboussi is the Fall 2018 Communications Junior Fellow at the Pacific Council on International Policy.

Madison Jones is the Communications Associate at the Pacific Council on International Policy.