Can a Confident America Rise Again? 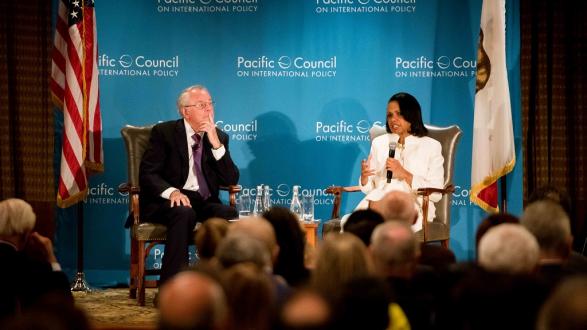 The following is excerpted from To Build A Better World: Choices To End The Cold War And Create A Global Commonwealth by Philip Zelikow and Condoleezza Rice. Copyright © 2019. Available from Twelve, an imprint of Hachette Book Group, Inc.

When we were young, we were fortunate to be able to play small parts in a great common enterprise to replace a divided world with a better one. This enterprise was successful.

Leaders can only do so much. But sometimes, what they can do is make choices or build structures that channel the countless streams of human endeavor in different directions, maybe more constructive.

This particular set of leaders had grown up with the Second World War. They had lived their lives as part of a “postwar” generation. Think about the shadow that adjective describes. They had lived their lives pre- paring for the next world war, one that could be apocalyptic. They were not nostalgic for the international system in which they had come of age. They hoped they could leave a better inheritance for their children. And they did.

We believe the world may be drifting toward another great systemic crisis. To prepare for such a crisis, we recall why and how we got through the last one.

Of course, it was not perfect. Their solutions engendered new problems, new issues. The world was freer, up to a point. Most superpower nuclear weapons were stored or dismantled, but not nearly all. The scale and burden of military confrontation was greatly reduced, the specter of international aggression diminished, but not nearly gone. The globalization of capital liberated flows of investment and reduced interest rates, while bringing chronic financial crises. The globalization of commerce reduced global inequality at an unprecedented rate, but within some countries—as diverse as China, Russia, and the United States—inequality grew.

We did not write this book because we want to turn the clock back to the world of 1992. The problems are different now. Institutions that handled those problems may not work as well in tackling new ones. 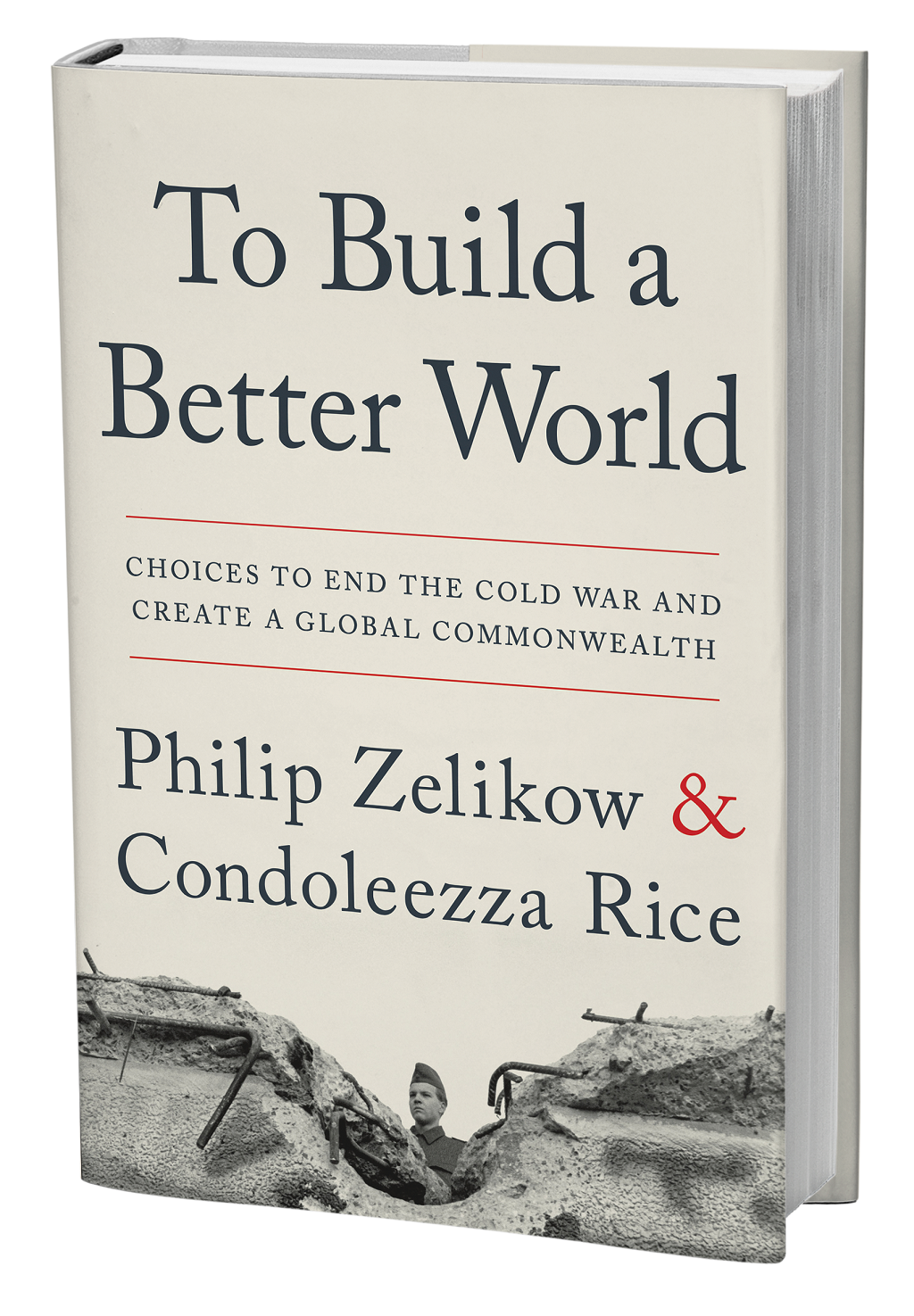 The rise of China seems to have pushed Americans and their leaders onto their back foot. So much was invested in a China that would liberalize and play a constructive role in a global commonwealth. Now there is widespread disappointment and frustration. The mistake, though, would be to adopt strategies that try to “out-China China.” Denying Chinese students access to America would be just one of the many ways in which we could try to do that.

The United States has been through crises of confidence before. The Soviet Union was going to beat us in the space race. Japan’s industrial policy would lead it to dominate the United States in the global economy. Now, China—admittedly with a stronger hand than the Soviet Union and with troubling values, unlike Japan—is going to surpass the United States for global leadership. Of course, Sputnik produced a uniquely American response—make the next generation better at science and math; teach people to speak Russian; support private fundamental research with government funding. Japan would soon learn that its industrial planning was no match for dorm rooms in Cambridge and garages in Palo Alto. Innovation, it turned out, came from distributed excellence, not centralized mandates.

Some will argue that China will bring many strengths, including the ability to feed machine learning and AI with huge amounts of data because privacy will not be an issue. This is one type of authoritarian envy, but it is evident in other arguments about Beijing’s “advantages.” They can get things done—look at Belt and Road, look at their infra- structure, look at their single-minded response to pollution in their cities.

Authoritarians can indeed get things done. They suffer, though, from the problem that while leaders can be omnipotent, they are rarely omniscient. Thus bad policy is also efficiently delivered.

Authoritarians can indeed get things done. They suffer, though, from the problem that while leaders can be omnipotent, they are rarely omniscient. Thus bad policy is also efficiently delivered. Forty years ago, China had an answer to its population explosion: the one-child policy. It was efficiently—even brutally—delivered. And now thirty-four million Chinese men don’t have mates.

The modern-day version of authoritarian efficiency will be to harness the Internet for the purposes of political control. Yet can a country that is so frightened of its people that it insists on loyalty and conformity through social credits also motivate them to create and innovate?

America will—thankfully—never be China. But we do need to regain our confidence that the American way is alive and well. There are new sources for optimism. In many ways, the biggest change from 1989—let alone from 1945—is the pervasive importance of technology as a force in international politics. At its worst, it allows Russia to interfere in elections and China to pursue a strategy that is likely leading to the split of the Internet into two separate entities—one free and one controlled and censored. At its best, technology may help to solve the problems of educational inequality, through online learning that can reach under- served populations. At its most consequential, it can help to change the energy mix in addressing climate change. One thing is clear: The United States is still the most innovative country in the world, whether in educational initiatives or the production of electric cars. That is just one source of confidence as America’s leaders seek to reengage with the world.

It took a confident America to declare in 1949 that “an attack upon one is an attack upon all,” with Joseph Stalin astride Eastern Europe and having detonated a nuclear weapon in that same year—five years ahead of schedule. It took a confident America to bet on “the democratic peace,” and help to build a democratic West Germany so strong that it would absorb its communist neighbor and unify, the U.S. president helping to guide the outcome. It took a confident America to believe that the world’s economy did not have to be zero sum, but could grow through free trade and open economies, and to act on that, building the foundation for a global commonwealth that has already made the world more prosperous for a larger fraction of its people than ever before in human history.

No great power in human history has had so many countries who share its interests—and in many cases its values.

America’s confidence was rewarded with seventy years of prosperity, and largely with peace. When one looks at China or Russia, they have few friends and fewer allies. When the National War College holds its classes this year, military people from thirty-two countries will participate. No great power in human history has had that many countries who share its interests—and in many cases its values. There is clearly work to do at home to make sure that all of our citizens are included in the positive bargain that the global commonwealth promised. But that should not obscure, or postpone, the work that must be done to make sure that, recalling Burnham’s and Orwell’s prophecies about the future of freedom, we once again prove that liberty actually works. The alternative would take humanity to a very dark place.

On August 25, 1943, having met with his team in Canada at another wartime strategy conference with Winston Churchill and the British team, the work of the conference done, Franklin Roosevelt spoke to the Canadian parliament and, through the radio microphones, to millions more. Tens of thousands of spectators cheered him as he entered and left the House of Commons.

He said he knew people were now thinking about the future. “There is a longing in the air,” he said. “It is not a longing to go back to what they call ‘the good old days.’ I have distinct reservations as to how good ‘the good old days’ were. I would rather believe that we can achieve new and better days.”

He and Churchill had announced some high principles toward a greater freedom from want, the freedom that would come from “driving out the outlaws and keeping them under heel forever.”

“I am everlastingly angry,” he went on with his old vigor, in that slow, rolling, rhythmic cadence of his, at those “who assert vociferously” that these principles “are nonsense because they are unattainable.

“We concede,” FDR admitted, “that these great teachings are not perfectly lived up to today, but”—and here he paused to measure every word—“I would rather be a builder than a wrecker, hoping always that the structure of life is growing—not dying.”

Excerpted from To Build A Better World: Choices To End The Cold War And Create A Global Commonwealth by Philip Zelikow and Condoleezza Rice. Copyright © 2019. Available from Twelve, an imprint of Hachette Book Group, Inc.

The Honorable Dr. Condoleezza Rice served as U.S. Secretary of State from 2005-2009. Dr. Rice is currently the Denning Professor in Global Business and the Economy at the Stanford Graduate School of Business; the Thomas and Barbara Stephenson Senior Fellow on Public Policy at the Hoover Institution; and a professor of Political Science at Stanford University. She is also a founding partner of RiceHadleyGates, LLC. Dr. Rice will be speaking to Pacific Council members on September 13, 2019. Read about and watch her last appearance at the Pacific Council in 2017.

Dr. Philip Zelikow is the White Burkett Miller Professor of History at the University of Virginia. He was appointed Counselor of the U.S. Department of State from February 2005 through December 2006. Before his appointment as Counselor, Dr. Zelikow served as the Executive Director of the 9/11 Commission.