The Avocado Toast on the Wall: The Paradox of China’s Rise 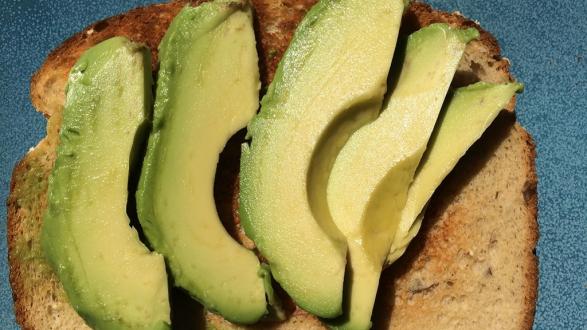 By:
Michael A. Santoro
Robert Shanklin

Trade negotiations between the United States and China opened this week in Washington. A major issue on the table is China’s subsidies for advanced technologies. However, China’s technological rise cannot simply be explained away as a product of unfair trade practices. The Chinese government has developed a "smart mix" of picking and subsidizing national and regional champions along with market-based investment. China today has 34 unicorns—privately-held technology companies worth over a billion dollars. Silicon Valley has 128.

The most concerning part from both an economic competitiveness and human rights perspective is that China has matched and, in some cases, surpassed the U.S. in the technologies driving the social media and artificial intelligence crown jewels of Silicon Valley. China’s Tencent has surpassed Facebook in valuation. Part of the reason is that Tencent’s WeChat is a more robust and user-friendly millennial communication tool than Facebook’s Messenger.

In the latest sign that China’s technology is rivaling the very best of Silicon Valley, Google, which famously left China’s search business in 2010 over censorship concerns, is now re-entering China. Why? Because China has nearly 800 million internet users? The real answer would probably surprise most Americans.

A healthy skepticism about linkages between technology and social progress is especially appropriate in the Chinese context where both foreign and domestic companies must curry favor with the Communist Party to survive.

In fact, Google is returning to China because of its cutting-edge AI scientific knowledge. At the most recent annual conference of the Association for the Advancement of Artificial Intelligence, 23 percent of the presenters were Chinese—up from 10 percent in 2012. Thirty-four percent were from the United States, down from 41 percent. Fei-Fei Li, chief scientist of Google’s Cloud, AI, and Machine Learning unit proclaimed that "science has no borders…we want to work with the best AI talent, wherever that talent is."

President Bill Clinton once likened China’s attempt to control the internet as being akin to "nailing Jell-O to a wall." But 70 years after Mao and the Communist Party took over in China and 40 years into the reform period triggered by Deng Xiaoping, Xi Jinping is now president for life and presiding over an emerging social media and technological powerhouse. How is that possible? Don’t advances in technology typically come along with increased socio-political freedom and social progress? Isn’t this the lesson of the Arab Spring in 2011 when Twitter was the go-to means for protesters to communicate and organize?

One resolution to this paradox is to be a little more realistic about the Jell-O analogy. Technology does not always lead to progress in business and in society. A healthy skepticism about linkages between technology and social progress is especially appropriate in the Chinese context where both foreign and domestic companies must curry favor with the Communist Party to survive. Perhaps it is more accurate to update Bill Clinton for the millennial era and say that controlling social media is like nailing avocado toast to the wall—delicate and likely very messy, but temporarily and partially possible.

U.S. trade negotiators should approach the negotiations with appreciation of the Chinese comfort with paradoxes and dualities and engage them in an open-minded and fluid manner.

A second way to unlock this paradox is to be more sensitive to traditional Chinese characteristics. Historically, Chinese thought and culture have been far more tolerant of paradox than Western thought and culture, especially in the post-Enlightenment era when rational thought reigns supreme. As the Chinese classic, the Daodejing (Tao Te Ching), puts it: "the wise enact non-action, and everything becomes well-ordered."

It can take an entire course on Chinese philosophy to unpack the idea that order in the world can come from not actually doing anything. Fortunately, the point for understanding tech in China is simpler: by imposing a Western intolerance for paradox, we may prevent ourselves from understanding what is going on in China, where paradoxes can make perfect sense.

What does all this mean for President Trump, Treasury Secretary Steven Mnuchin, and Trade Representative Robert Lighthizer, who are sitting down to negotiate with their Chinese counterparts this week? Respect the paradox. Engage your Chinese visitors in an open-minded and fluid manner. Approach the negotiations with appreciation of the Chinese comfort with paradoxes and dualities, and it will help you make the best deal for America. With regard to human rights, rest assured too that the avocado toast will slowly crumble as the paradox of Chinese technological progress plays itself out.

Michael A. Santoro is a Pacific Council member, a professor at Santa Clara University’s Leavey School of Business, and the author of China 2020: How Western Business Can—and Should—Influence Social and Political Change in the Coming Decade.

Robert Shanklin is lecturer at Santa Clara University where he teaches courses in Chinese Philosophy, Business Ethics, and Philosophy of Language.