A VISION FOR U.S.-CHINA RELATIONS WITH CONSUL GENERAL ZHANG PING 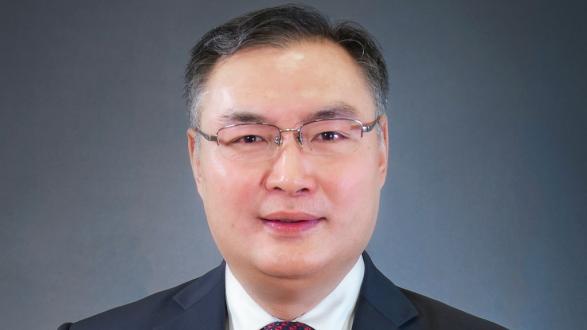 Join us in conversation with Zhang Ping, Consul General of the People's Republic of China in Los Angeles, on the state of U.S.-China relations.

If you are a Pacific Council member who would like to view this recording, reach out to us at engage@pacificcouncil.org.

Zhang Ping has been Consul General of the People's Republic of China in Los Angeles since 2017. The consular district of the Chinese Consulate General in Los Angeles covers 10 southern counties of California, Arizona, New Mexico, Hawaii, and U.S. Pacific islands including Guam, the Northern Mariana Islands, and American Samoa. Read more.

Dr. Green is the President and Chief Executive Officer of the Pacific Council on International Policy in Los Angeles. He is also a Research Professor of Communications at the University of Southern California. Prior to this he served as a Partner at Best Associates in Dallas, Texas, a privately held merchant banking firm with global operations. He also served as the Director of International Programs and Development at the RAND Corporation where he oversaw the activities of the Center for Asia-Pacific Policy as well as the Center for Russia and Eurasia. Read more.

The history between the United States and China is long, complex, and continually evolving. In recent years, U.S.-China relations have quickly deteriorated in ways that have caught the world's attention and been heightened by the pandemic. Yet the countries remain economically and geopolitically intertwined to such an extent that demands bilateral cooperation and negotiation. The United States and China's path forward has global implications, so what should and will the future of U.S.-China relations look like?

“The core issue of the bilateral relationship is how China’s development is to be perceived and whether China and the United States, with different social systems and ideologies, can have peaceful coexistence. China believes the essence of China-U.S. relations is mutual benefit rather than a zero-sum game. History has proved that China and the United States stand to gain from cooperation and lose from confrontation. At this critical moment, it is important that both sides enhance strategic communication to avoid misperception and miscalculation.”

—Zhang Ping, Consul General of the People's Republic of China in Los Angeles

A CONVERSATION ON THE 'QUAD'
WHAT ARE THE GEOPOLITICS OF ILLEGAL, UNREPORTED, AND UNREGULATED FISHING?
ROBERT ZOELLICK ON U.S.-MEXICO TRADE, DIPLOMACY, AND BEYOND