THE TRILATERAL RELATIONSHIP & THE FUTURE OF THE INDO-PACIFIC 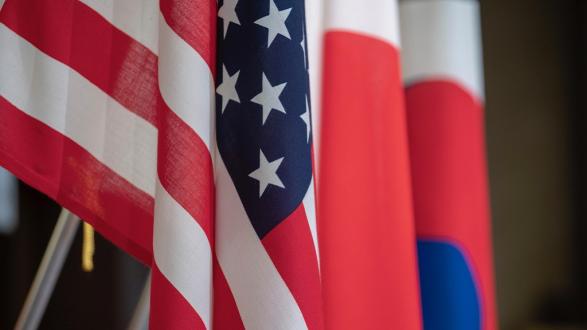 The trilateral relationship between the United States, Japan, and the Republic of Korea represents one of the most influential and effective partnerships in the Indo-Pacific today. Please join us as we host Deputy Assistant Secretary of State for Korea and Japan Marc Knapper to discuss how the United States is collaborating with these countries to preserve the peace and prosperity of the world’s most populous region, and around the globe.

This event in its entirety is off-the-record and is closed to the press.

Marc Knapper, a member of the Senior Foreign Service of the U.S. Department of State, has served as Deputy Assistant Secretary for Korea and Japan since August 2018. Prior to assuming this position, Marc was in Seoul as Chargé d’Affaires from 2017 to 2018 and Deputy Chief of Mission from 2015 to 2016. Earlier assignments include Director for India Affairs, Director for Japanese Affairs, and multiple postings in Tokyo, Seoul, Hanoi, and Baghdad. Read more.