POLICYWEST 2020: A CONVERSATION WITH JOHN PODESTA ON CLIMATE & NATIONAL SECURITY 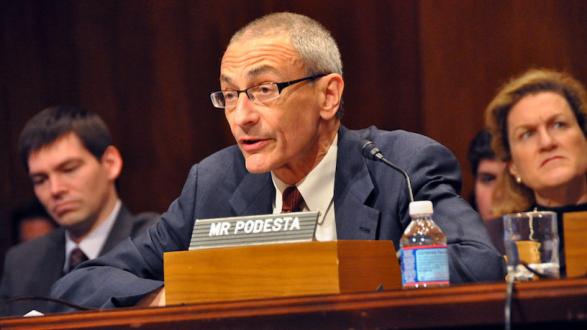 A keynote conversation with John Podesta on the intersection of national security and climate change, part of the PolicyWest conference.

John Podesta is the founder and director of the Washington, D.C., based Center for American Progress and a founder and chair of the board of the Washington Center for Equitable Growth. He served as counselor to President Barack Obama, where he was responsible for coordinating the administration’s climate policy and initiatives. In 2008, he served as co-chair of President Obama’s transition team, where he coordinated the priorities of the incoming administration’s agenda and spearheaded its appointments of cabinet secretaries and senior political appointees. Podesta served as White House Chief of Staff to President William J. Clinton, where he was a member of the president's cabinet and served on the National Security Council. Read more.

Ambassador Hachigian's office seeks to use and expand Los Angeles’ global ties to help bring jobs, economic opportunity, culture, visitors, and a great Olympics to the city. From 2014 to 2017, Ambassador Hachigian served as the second U.S. Ambassador to the Association of Southeast Asian Nations (ASEAN). Read more.

A CONVERSATION ON THE 'QUAD'
WHAT ARE THE GEOPOLITICS OF ILLEGAL, UNREPORTED, AND UNREGULATED FISHING?
NO BREAD, NO PEACE: FOOD SECURITY AS FOREIGN POLICY