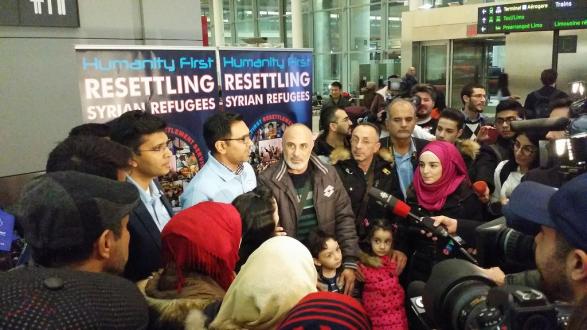 As many experts have predicted, the migrant crisis is turning out to be a new normal—an era of migration, with no return to the prior status quo in sight. More and more people are making perilous journeys because of political instability, increased mobility, global inequality, and climate change. Meanwhile, countries are increasingly resisting their entry. National leaders must reconcile these conflicting trends and craft a long-term, comprehensive strategy for migration that aligns political ideals with political realities.

Refugee cities can play a crucial role in this strategy. Refugee cities are special development zones in which displaced people can find employment, start their own businesses, and train in new skills. They are structured as special jurisdictions—designated areas with distinct laws, administrations, and services designed to promote development. Areas like these in China, the United Arab Emirates, and the Dominican Republic have served as laboratories for testing innovative policies when progress at a national level is stalled.

Every day, I help develop laws and institutions for these special zones around the world through Politas Consulting. As part of that work, I study the traits of successful zones in order to replicate their success for other countries. When countries adapt these traits to overcome key obstacles in their economies, zones become dynamic hubs of opportunity that drive progress nationwide. Pursuing the same set of traits, refugee cities could be rare havens of freedom, hope, and security for the world’s migrants and would open the door for future nationwide integration efforts.

Refugee cities serve as a needed addition to current proposed solutions in these areas—solutions that can often be too limited in scope, too temporary, or too impractical.

Politas, and its non-profit partner Refugee Cities, are developing projects in the areas hosting the bulk of the world’s displaced people—northern and eastern Africa, the Middle East, and South Asia—to develop refugee cities that address specific conditions in those areas. Refugee cities serve as a needed addition to current proposed solutions in these areas—solutions that can often be too limited in scope, too temporary, or too impractical.

The UN promotes three "durable solutions" for refugees, which include voluntary repatriation to the refugee’s home country, resettlement to a third country, or integration into the host country. While waiting for a durable solution, the UN provides humanitarian aid through emergency shelters, food, water, and medical care.

However, resettlement is an option for less than 1 percent of the world’s refugees. Temporary humanitarian aid and repatriation are rarely financially or socially sustainable, given that two-thirds of the world’s refugees are in "rotracted refugee situations" generally lasting five years or more. Refugees could, in theory, be integrated into the economies of their hosts, but few of the major refugee-hosting countries are willing to do this on a nationwide basis. Countries like Uganda and Jordan that have opened up their economies are praiseworthy, but rare, and often have problems with their business environments that inhibit job creation.

Refugee cities offer countries with major refugee populations a designated space designed to overcome the obstacles to economic growth for both displaced people and host communities.

Despite a growing number of studies indicating that refugees can be an asset more than a burden, global politics resists large-scale refugee inclusion, and probably will for a long time. Policies toward migrants are dominated by fears of terrorist infiltration, reduced wages, or outright xenophobia, as seen recently across Europe and the United States. Convincing nations to welcome more of the world’s refugees as workers is a long-term prospect that is simply not realistic in the current geopolitical climate. We need a more immediate alternative before millions of migrants live the rest of their lives without opportunities.

Refugee cities offer such an alternative. They offer countries with major refugee populations a designated space designed to overcome the obstacles to economic growth for both displaced people and host communities.

I believe refugee cities are a win-win for everyone. For the international community, refugee cities are more cost-effective than traditional camps because they enable refugees to provide for themselves and rely on private investors to develop infrastructure and finance enterprises. For host countries, the cities provide a politically feasible way of turning migration from a perceived problem into an economic asset. For businesses, the cities provide access to skilled and enterprising workers. And for the millions of displaced people now excluded from meaningful work, the cities could provide the difference between a life of waiting and a life of found purpose.

Michael Castle Miller is a Pacific Council member and a legal and policy consultant who has helped develop special economic zone programs for over sixteen countries in the Middle East, Southeast Asia, Latin America, and Africa. He is the CEO of Politas Consulting and the executive director of the non-profit Refugee Cities.