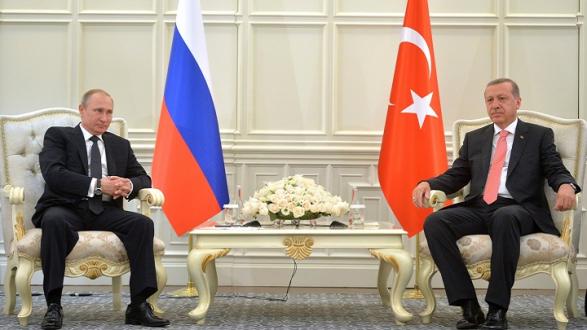 Recep Tayyip Erdogan’s recent election as the first popularly elected president of Turkey evokes the familiar “Putin play”: a shift in positions to consolidate an iron grip on power. The fact that Erdogan is an admirer of Vladimir Putin has neither escaped attention nor reduced the concerns of many citizens, and onlookers are right to worry about the future of democracy in Turkey.

But the game is not over yet. The presidency in Turkey is a non-partisan post with limited powers, and Erdogan will need to gather support for a constitutional amendment if he wants to expand the office powers. Although Prime Minister Erdogan may have had the power to damage Turkey’s democracy, it is still unclear whether President Erdogan will.

There is no question about whether Erdogan’s years as prime minister dealt a blow to democracy in Turkey. During his first years, he was widely praised for his moderation and for the role he played in Turkey’s democratization. However, over time he began to adopt increasingly authoritarian policies that have since polarized Turkish society. The Ergenekon and Sledgehammer trials resulted in the imprisonment of hundreds of military officers, academics, and journalists who allegedly conspired to overthrow the government. Most observers questioned the quality of the evidence and of the judicial processes. Erdogan’s administration then drew an international outcry with its ruthless suppression of a series of demonstrations that originated in Gezi Park in Istanbul last year, when people objected to turning one of Istanbul’s few parks into a shopping mall that would be housed in a reconstructed Ottoman military barracks. The protest quickly expanded to include political and religious issues.

Although Prime Minister Erdogan may have had the power to damage Turkey’s democracy, it is still unclear whether President Erdogan will.

Erdogan claimed that these demonstrations were simply part of an ongoing effort – aided by foreign interests – to overthrow his government. When charges of corruption were leveled against him by supporters of Fetullah Gulen (a powerful Islamic preacher residing in the United States who runs an extensive network of schools across the globe, and who had supported Erdogan’s attempts to neutralize the military), he accused his former ally of plotting a coup with U.S. backing, and carried out an extensive purge of the police and judiciary. Today, Turkey has the largest number of imprisoned journalists in the world, a largely subservient mass media, a neutralized military, and a determined opposition, albeit one that is now reluctant to engage in public demonstrations.

Erdogan’s subsequent victory in the presidential election can be attributed to two principal factors. First, he is largely credited with Turkey’s rapid economic progress in the past decade. Second, he is a skilled politician. Together, these factors enabled him to present himself as an innocent victim of plots by those who wish to prevent Turkey from developing and enhancing its role in regional and global affairs.

Turkey is clearly entering a critical transition period for its political future, and it may well be that democratic forces will prevail. With any luck, Erdogan’s Putin play will end in failure.

And thus, here we are. Many feared that his adept political maneuvering would allow him to again further his agenda by selecting a compliant successor as Prime Minister, and that this person will later enable him to assemble enough votes in next year’s parliamentary elections to then amend the constitution, expanding the powers of the president.

This is plausible, but not inevitable. Indeed, he already arranged for the AKP to choose its new leader on August 27, not coincidentally a day before the end of current President Abdullah Gul’s term of office. Thus, as expected, Ahmet Davutoglu, the former foreign minister and Erdogan’s close associate, was elected as the new Prime Minister. However, Mr. Gul, who has publicly criticized some of his colleague’s policies, enjoys the support of moderate leaders within the party and will likely remain an important political force.

What happens during the next few months will determine the outcome of the critical 2015 general election. Though the opposition parties have obvious weaknesses, having lost nine elections in a row, it is not evident that Mr. Davutoglu will be able to win the needed majority to amend the constitution. He will confront many challenges, for the economy has already begun to show signs of stress and the Kurdish issue remains unresolved. Moreover, there are forces pushing for change not only within the AKP, but also within the main opposition party, the Republican People’s Party (CHP), and it is conceivable that new parties will emerge. The other parties, the Nationalist Movement Party (MHP) and the People’s Democratic Party (HDP), as well as the Gulen movement are forces to be reckoned with.

Turkey is clearly entering a critical transition period for its political future, and it may well be that democratic forces will prevail. With any luck, Erdogan’s Putin play will end in failure.