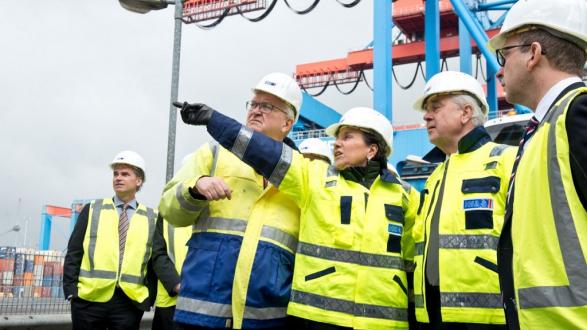 At many points throughout our history, our nation has faced the choice between economic engagement or isolationism. Today, amid a heated debate over trade and our position in the world, the United States once again must choose between retreating into isolationism or embracing our leadership in the global economy.

The choice is clear: We must choose prosperity over protectionism by passing the Trans-Pacific Partnership (TPP).

TPP is good for our economy, our standing in the world, and our national security.

For example, American-made automotive goods face a 70 percent tariff in Vietnam. In Malaysia, machinery and capital equipment face a 59 percent tariff. Poultry faces a 40 percent tariff in Japan. These tariffs are effectually unfair taxes designed to disadvantage our businesses and workers.

On day one, TPP will eliminate 98 percent of these tariffs – and eventually phase out 18,000 unfair taxes on American goods.  As a result, U.S. companies will gain greater access to the fast-growing countries of the Asia Pacific, enabling us to strengthen existing supply chains and build new ones across this dynamic region.

Consider the impact of TPP on Auburn Leather Company in Auburn, Kentucky. Over the last two decades, they have grown from just 12 employees to 110 workers who manufacture one million leather shoelaces a week.

How did they do it? The answer is exports. Every year, Auburn Leather ships $14.5 million in products to 29 countries – including TPP partners like Vietnam, Japan, and Mexico. These exports support 86 of the company’s 110 employees.

Yet in several TPP markets, tariffs as high as 20 percent hurt the company’s sales and limit job growth at home. By eliminating those tariffs and leveling the playing field, TPP will give small businesses like Auburn Leather the opportunity to compete in a region that comprises nearly 40 percent of global GDP.

To unlock the benefits of TPP, we need the agreement signed into law. And we need it done now – because our competition is not standing still. Since 2000, other countries have passed nearly 100 new trade deals in the Asia Pacific region - many of them disadvantaging American companies and workers. Indeed, because TPP partners like New Zealand, Vietnam, and Malaysia already have trade agreements with China, American exporters face high tariffs that their Chinese competitors do not.

The United States has long been a leader in the Asia-Pacific. Many of our TPP partners not only welcome but rely on a strong U.S. presence. Our cooperation helps keep the seas open for trade, protects their territorial integrity, and supports greater economic integration.

If we cannot cross the finish line with TPP, the 11 nations who negotiated with us – and, often, made great sacrifices to reach this agreement – will have reason to re-think their faith in U.S. leadership.

Our TPP partners have made it clear that our failure to follow through on TPP will require them to hedge their bets and consider closer relations with others in the region. We cannot afford to miss this opportunity to secure American influence in the Asia-Pacific. TPP will knit us closer together with our allies, enhancing security and stability across the entire Asia-Pacific.

Since the end of World War II, American leadership in international trade has helped sustain peace and prosperity. We believe in the values of openness and fairness, and our friends in the Asia-Pacific have increasingly embraced those values. Greater commercial ties will also help combat the threat of violent extremism by creating opportunity where there is poverty, laying the foundation for peace and progress toward democratic ideals.

The United States has long been a leader in the Asia-Pacific. Many of our TPP partners not only welcome but rely on a strong U.S. presence.

The benefits of TPP – for our economy, our standing in the world, and for national security – are clear.

But a trade deal is only as good as its enforcement. In recent years, the Department of Commerce has fiercely enforced U.S. trade laws, ensuring that countries honor their obligations under the World Trade Organization and other free trade agreements. For instance, we are currently enforcing 350 anti-dumping and countervailing duty cases – a 15 year high. Once implemented, TPP will crack down on companies and countries that don't play by the rules, ensuring our businesses can compete abroad.

Simply put: TPP will allow us to shape the rules of the global commerce to advance our values while breaking down trade barriers that disadvantage American companies.

To cross the finish line on TPP, we need you to make the case for trade in your communities, in your states, and nationwide. Reach out to your friends, your family, and your neighbors. Tell them how TPP will help U.S. businesses compete abroad and create more jobs for American workers, more customers for American companies, and more for our economy.

Making your voice heard as never been more vital. The time is now to secure TPP – a high-standard trade agreement that reflects our values, enables our workers to compete, and maintains American leadership in the 21st century.
____________________

Penny Pritzker has served as the 38th U.S. Secretary of Commerce since being sworn in by Vice President Joe Biden on June 26, 2013. As Secretary of Commerce, she is focused on providing American businesses and entrepreneurs with the tools they need to grow and hire. Read more about her background and follow her @PennyPritzker.