Mexican Investors are Pouring Billions into the U.S. Economy
Mexico 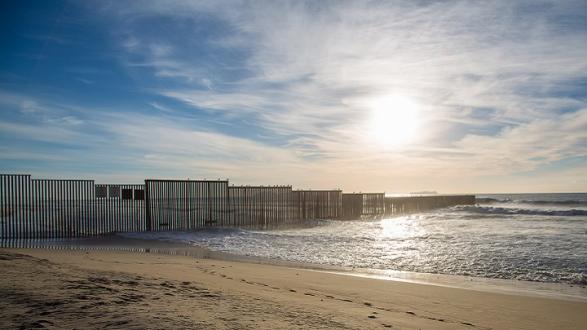 In a recent op-ed published by the Washington Post, Pacific Council member Andrew Selee confirms that money is indeed flowing over the U.S.-Mexico border, but it is actually going north, not south.

Although Mexico is the third-largest U.S. trading partner and second leading destination for exports after Canada, Selee explained that "many of the manufactured goods that flow across the border with Mexico are products that U.S. and Mexican firms assemble together in shared supply chains."

"In North America, we don’t compete for jobs as much as we build things together."

Citing a 2011 report by Christopher Wilson of the Wilson Center, Working Together: Economic Ties Between the United States and Mexico, Selee wrote that "40 percent… of what is assembled in Mexico — including cars, trains, helicopters, planes, computers and smartphones — is actually built in large part out of American-manufactured parts. In North America, we don’t compete for jobs as much as we build things together."

"The integrated supply chains that stretch from Mexico through the United States to Canada have helped keep major manufacturing industries in North America rather than moving across the ocean, and they have made these industries increasingly competitive in the global market," wrote Selee. "Millions of American jobs are tied directly or indirectly to these two flows — Mexican direct investment in U.S.-based manufacturing and joint manufacturing between the two countries."

Andrew Selee is a Pacific Council member, Executive Vice President of the Wilson Center, and the founding director of the Wilson Center’s Mexico Institute. He has written extensively on U.S.-Mexico relations, Mexican politics, U.S. immigration policy, organized crime, and democracy in Latin America.

Want more on Mexico? Read about the Pacific Council’s Mexico Initiative, which aims to expand programming, strengthen outreach and recruitment efforts, and produce analysis and commentary to inform public discourse regarding the U.S.-Mexico bilateral relationship.

Learn how you can directly contribute to the Pacific Council’s work on U.S.-Mexico relations. Support us now.