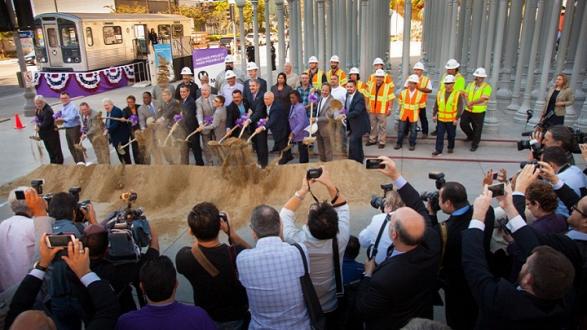 The long-term economic strength of any city is dependent on the diversity of its portfolio: if all of your eggs are in one basket, metaphorically speaking, then an economic downturn can generate extreme negative consequences. According to a recent study by WalletHub, a personal finance site, greater professional diversification correlates to increased productivity, which leads to higher economic growth. In support of this research, the United Nations Industrial Development Organization holds that “more diversified economies are less volatile in terms of outputs, and lower output volatility is associated with higher economic growth.”

If the financial strength of a city – especially a global city – is due in large part to its economic diversity, then the Los Angeles metro area is leading the way for the rest of the country. WalletHub measured 350 of the largest cities in the nation across metrics of industry diversity, economic diversity, and worker-class diversity, to come up with a list of “2015’s Cities with the Most & Least Diversified Economies.” In the end, eight cities from the Los Angeles region ranked in the top 30, with Inglewood and El Monte topping the list:

What are the benefits of living in an economically diverse region like Los Angeles? Gary A. Hoover, Chair and Professor of Economics at the University of Oklahoma, contends: “An economically diverse city, just like a diverse portfolio of stocks, is a shield against unforeseen downturns in certain sectors of the economy. Cities too dependent on one sector or one major employer are at the mercy of fickle market fluctuations.”