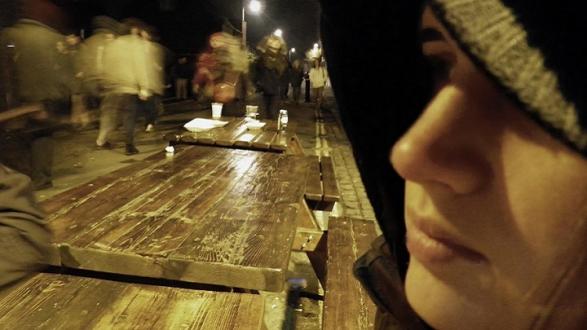 California – with a significant immigrant population, the world’s 7th largest economy, and a large international border – is one of the nation’s top destination states for trafficked victims. One of the worst hubs of human trafficking in California, and indeed around the world, is Los Angeles.

So what is L.A. doing about it? Over the last several years, city leaders have focused on awareness-building efforts to encourage a community response. After all, in such a sprawling and diverse city, victims are often hidden in plain sight. But so far, efforts have not made much of a dent.

Human trafficking – also known as “trafficking in persons” or “modern-day slavery” – involves controlling a person through force, fraud, or coercion for labor or services. Forced prostitution, slave-labor or involuntary servitude, and pornography are its most common manifestations. The California Penal Code holds that anyone who “deprives or violates the personal liberty of another with the intent… to obtain forced labor or services” is guilty of the crime of human trafficking.

An estimated 50 percent of victims are children; roughly 80 percent are women. The U.S. Department of Justice estimates that up to 83 percent of U.S. sex trafficking victims are American citizens, and the average victim is first trafficked between ages 12 and 14.

Los Angeles at the forefront

Some of L.A.’s greatest strengths as a global city – its diverse population and its international connectivity as a transit hub – also enable human trafficking.

Los Angeles is a city of immigrants: 36 percent of its residents were born abroad, and more than half of all children in L.A. have at least one foreign-born parent. According to the California Department of Education, students with native languages other than English account for 52 percent of total public school enrollment in the Los Angeles County. The Coalition to Abolish Slavery & Trafficking (CAST) says this can work in favor of traffickers: the diversity of ethnic groups and communities in Los Angeles makes it “easier to hide and move victims from place to place, making it very difficult for law enforcement to locate potential survivors.”

So victims of trafficking blend in here. And victims rarely come forward to seek help because of language barriers, fear of violence, and/or fear of law enforcement. The vast majority of human trafficking cases in Los Angeles simply fly under the radar.

It makes sense, then, that since 2014 L.A.’s primary method for combating human trafficking has been an effort to build public awareness of the issue. An awareness-building state law passed last year requires “mass transit hubs, emergency rooms, bars and other establishments to display a poster with information about human trafficking.” These measures, according to CAST CEO Kay Buck, have resulted in “significant increases in calls to human trafficking hotlines.”

Last month, the Los Angeles Metro also unveiled its “Don’t Be Silent” campaign, which is part of a nationwide effort aimed at educating city employees and the general public on the signs of human trafficking and encouraging people to report any suspicious circumstances they witness while riding public transportation.

Recently, the County Board of Supervisors set aside roughly $7 million for the next two years to prevent child sex trafficking. The money will go to prevention initiatives and recovery services for victims. Some of the prevention initiatives include money earmarked for more awareness-building measures, including posting information around L.A. County on Metro buses, trains, and billboards.

How successful will these methods be in curtailing the human trafficking industry in Los Angeles? Building awareness has been a priority nationally and around the globe for years. The U.S. Department of Defense (DoD) said in January that efforts to increase awareness of human trafficking are “paying off significantly.” But human trafficking remains the world’s fastest growing criminal industry.

Human traffickers have proved adept at using technology to increase their reach and profit potential while minimizing their exposure to criminal risk and prosecution. Law enforcement agencies need to be just as agile with technology, which should allow quick and efficient monitoring, collecting, and analysis of online data and activities of traffickers – but they are not.

Information researchers at the University of Southern California (USC), led by professors Craig Knoblock and Pedro Szekely, have developed an online tool to help. The tool, called domain-specific insight graphs (DIGs), “scours sites where human traffickers post ads, extracts data, and reorganizes it all into a continually updated database that American law enforcement can rely on.”

Here’s how it works, courtesy of TakePart:

Law enforcement agencies faced with a human trafficking incident or a missing person case can search about 50 million sites that advertise for sex trafficking with whatever information they have available about a victim—a name, a phone number, a keyword, or even a photo.

The program is still in the early stages of development, but the DoD has started funding the tool and is working with several law enforcement agencies to test it out. If successful, DIGs could be a game changer in the fight against human trafficking in the United States and around the world.