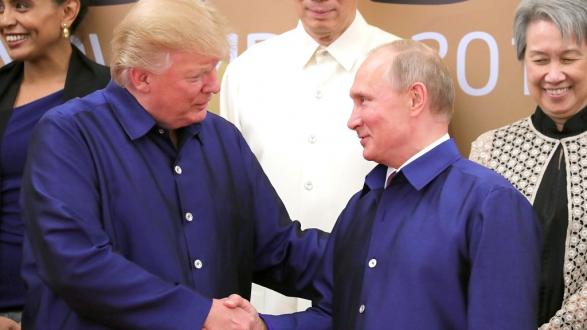 This week, President Trump and President Putin announce they will hold their first official summit on July 16 in Helsinki; women can now drive in Saudi Arabia; Kenya and the United States sign a $100 million investment deal; and more.

The U.S. State Department confirmed that two other American diplomats were injured by a mysterious sonic attack in Cuba, bringing the total to 26 people affected over the last year and a half. The two diplomats were evacuated from Cuba in early June. American officials recently demanded that Cuba determine the source of the attacks. Another American diplomat experienced similar symptoms in Guangzhou, China.

Indian Minister of Petroleum and Natural Gas Dharmendra Pradhan told oil refiners to prepare for a "drastic reduction or zero" imports of oil from Iran. The move is seen as responding to pressure from the United States to cut trade ties with Iran. U.S. Ambassador to the United Nations Nikki Haley recently told Indian Prime Minister Narendra Modi to "lessen dependence on Iranian oil." Meanwhile, Iran recently offered free shipping and extended its credit period as incentives to boost its oil sales to India.

The Trump administration decided this week to forego additional laws to restrict Chinese investment in the United States, instead relying on existing laws. President Trump asked Congress to strengthen the Committee on Foreign Investment in the United States (CFIUS) to limit or restrict investments from Chinese technology companies, rather than imposing direct limits. The decision amounts to a softer approach amidst months of escalating trade war tactics by the administration.

President Trump and President Putin will hold their first official summit on July 16 in Helsinki, Finland. National Security Advisor John Bolton traveled to Moscow this week to work out details of the meeting, which will take place after the July 11-12 NATO summit. "The two leaders will discuss relations between the United States and Russia and a range of national security issues," the White House said in a statement. Ahead of the announcement, Trump tweeted that Russia "continues to say they had nothing to do with Meddling in our Election!" European allies, who are nervous about Trump’s commitment to NATO, are closely watching the situation.

Women are now allowed to drive in Saudi Arabia, one of many reforms implemented by Crown Prince Mohammed bin Salman. For many years, Saudi Arabia was the only country where women were incarcerated for driving. Critics say the reforms are just an attempt at rebranding Saudi Arabia’s image abroad, rather than an actual expansion of human rights in the country.

This week, Australia passed national security legislation that bans foreign interference in its politics, a major counterintelligence overhaul. The move was interpreted by China as targeted at them. Beijing canceled visas for Australian business leaders in response. "We hope that all countries could cast off Cold War mind-set and strengthen exchanges and cooperation on the basis of mutual respect and equal treatment," said Lu Kang, a spokesperson for the Chinese Foreign Ministry.