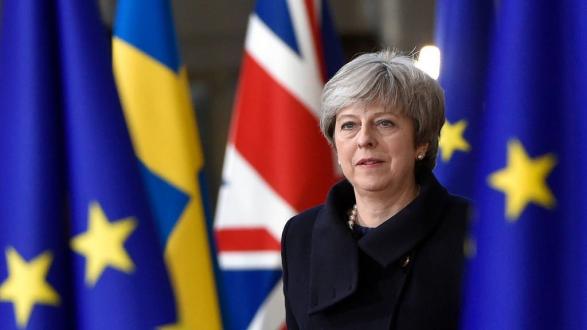 This week, resignations from the UK government imperil Brexit talks; Mexican President-elect AMLO announces a new border force; Ethiopia and Eritrea declare an end to war after 20 years of conflict; and more.

Mexican President-elect Andrés Manuel López Obrador announced the creation of a border force to prevent illegal immigration and the flow of drugs and weapons from Central America. The move is in line with his commitment to fighting violence and corruption in Mexico once he takes office. Alfonso Durazo, the future secretary of public security, said the administration will encourage development in Central America to prevent an influx of immigrants into Mexico. Durazo noted that immigration policies will be humanitarian and will be coordinated in cooperation with Central America.

Rohingya community leaders and human rights groups rejected an agreement drafted by the United Nations and Myanmar in regards to the refugee crisis. The agreement would hasten the process of returning the Rohingya back to Myanmar, where they have been stripped of their citizenship and considered illegal immigrants. But refugees argue the agreement lacks commitments to restore citizenship to the Rohingya community. "We have long been seeking a guarantee from the Burmese government of restoration of our citizenship rights before we return," said a Rohingya political activist.

The U.S.-China trade war continued as China responded to President Trump’s plan to slap tariffs on $200 billion worth of Chinese goods. "The behavior of the U.S. is hurting China, hurting the world, and hurting itself," said China’s Ministry of Commerce. The Chinese Foreign Ministry also called Washington’s behavior "bullying," and brought a complaint to the World Trade Organization. But the Trump administration sees the tariffs as a necessary deterrent to China’s "unfair trade practices." "Unfortunately, China has not changed its behavior—behavior that puts the future of the U.S. economy at risk," said U.S. Trade Representative Robert Lighthizer. But many in the United States, including many Republicans in Congress, are concerned about domestic effects of a trade war with China. "Imposing taxes on another $200 billion worth of products will raise the costs of every day goods for American families," said a spokesperson for the U.S. Chamber of Commerce. The Senate voted 88-11 to include language in an appropriations bill that would give Congress the ability to curb Trump’s tariff powers.

UK Foreign Secretary Boris Johnson and top Brexit negotiator David Davis resigned this week following Prime Minister Theresa May’s new Brexit plans, which would establish a free trade area with the EU, among other concessions. Johnson argued that negotiations resulted in the death of the Brexit dream. "We appear to be heading for a semi-Brexit, with large parts of the economy still locked in the EU system, but with no UK control over that system," he wrote in his resignation letter. Davis had similar issues with the negotiations, noting that May’s Brexit policy "hands control of large swathes of our economy to the EU and is certainly not returning control of our laws in any real sense." May’s government is now at risk as pro-Brexiters argue about her "soft Brexit" plans, which would essentially result in a still strong UK-EU relationship. President Trump also responded by saying he’s not sure this new plan is exactly "what they voted for."

Israel attacked Syrian military posts on Thursday after a Syrian drone entered its airspace near Golan Heights, a territory Israel annexed from Syria in 1967. "The IDF holds the Syrian regime accountable for the actions carried out in its territory and warns it from further action against Israeli forces," said a statement released by the Israeli army. The move comes after Israeli Prime Minister Benjamin Netanyahu met with Russian President Vladimir Putin to discuss the presence of Iranian groups in Syria. "The heart of the matter is retaining our freedom of action against anyone who acts against us, and the removal of the Iranians from Syrian territory," Netanyahu said.

All 13 members of the Thai soccer team who were trapped in a cave for over two weeks were rescued Tuesday. The 12 boys and their coach went missing on June 23 after a hike to the Tham Luang Nang Non cave in northern Thailand, resulting in international efforts to save the team despite harsh conditions and narrow cave passages making the journey out of the cave perilous and risky. "We are not sure if this is a miracle, a science, or what. All the 13 Wild Boars are now out of the cave," said Thai navy seals after the rescue. The death of a Thai navy seal, Saman Gunan, during the rescue operation was seen as a heroic sacrifice after he volunteered to dive through the cave to deliver oxygen tanks to the boys. His death proved to rescuers just how difficult the journey through the cave would be for the team.

After 20 years of conflict, Ethiopia and Eritrea declared an end to war and normalized ties. The 1998-2000 war resulted in the loss of 70,000 lives and was never formally ended due to border disputes and continued clashes. The decision to re-establish relations came after a two-day summit between the leaders of both African countries. The countries agreed to restore diplomatic ties and vowed to reopen embassies, ports, air travel, and phone lines. The announcement resulted in thrilled citizens calling strangers in excitement, just to see if the news was true. The leaders of both countries see a bright future for their countries, according to a joint statement: "A new era of peace and friendship has been opened."