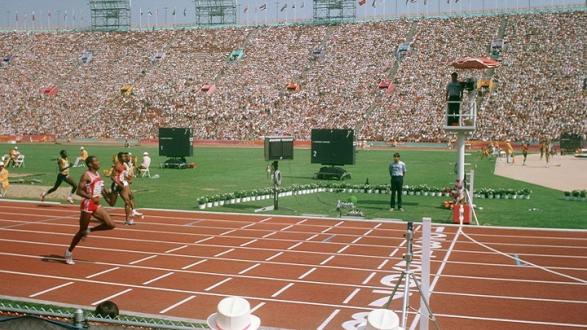 Long before L.A. could reasonably have been characterized as a global city, the Hollywood film industry had captured the imagination of the world. But while the prominence of the city in the global entertainment industry is well-known and recognized, other dimensions of the city’s global character today are not. Here are the top five things you may not know about Global Los Angeles:

1. Los Angeles is the only city in the Americas that has hosted the Summer Olympics twice

Besides hosting the summer Olympics in both 1932 and 1984, the city has always played a leading role in hosting major international athletic competitions: the FIFA Men’s World Cup Final in 1994 (the only time the World Cup competition has come to the United States); and the FIFA Women’s World Cup Final in both 1999 and 2003 (again, the only times this tournament has been held in the United States). In 2014, Los Angeles was one of the final four U.S. cities considered by the U.S. Olympic Committee to host the 2024 Summer Olympic Games. Unfortunately, the bid went to Boston. In 2015, Los Angeles will host the Special Olympics World Games.

2. Los Angeles is one of only two U.S. cities without a majority population

The diverse, multiethnic population of Los Angeles is truly unique. As a region, Southern California has the largest populations, in absolute numbers, of people who claim Mexican, Guatemalan, and Salvadoran descent. The region is also home to the largest populations of people of Korean, Japanese, Filipino, and Vietnamese origins. Only the New York metropolitan area has a larger population of Chinese descent. The highest concentrations and largest absolute numbers of people who claim Iranian or Armenian descent can also be found here.

3. Los Angeles has the second largest number of consular offices

L.A. may not be a typical diplomatic hub, but it is teeming with consular offices. The presence of consulates in a city provides some indication of the richness of commercial and civil relations between that city and foreign countries. By this measure, the Los Angeles area is second only to the New York area.

4. California offers the written driving exam in 31 languages – more than twice as many as any other state

Almost half the population of Southern California lives in households where a language other than English is spoken, more than in any other major U.S. urban center. And that’s not about to change. The California Department of Education identified 59 specific native languages among public school students in Los Angeles County in the 2013-2014 school year.

5. Los Angeles is a hub of global gastronomy

One advantage of living in a truly global city like Los Angeles is the availability of cuisine from around the world. The restaurant listings of the OpenTable online reservation system suggest that Los Angeles is among the most cosmopolitan dining areas in the United States. In 2013, nearly two-thirds of the restaurants listed on OpenTable in Los Angeles and Orange Counties (1,089 in total) claimed to serve international food. Only Miami/Southeast Florida and the New York Tri-State Area have higher percentages of foreign restaurants.

L.A.’s global connections and character cannot be fully captured in a list. The city’s inhabitants, visitors, and businesses are – by their very nature – dynamic. But to the millions of people who call Los Angeles home, her global character is the most natural thing in the world.