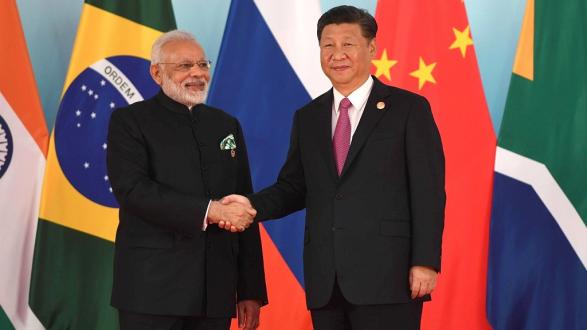 The United States and India have an opportunity to co-define and co-implement a geo-economic vision for the Indo-Pacific based on shared values of freedom and transparency. But formidable obstacles remain. Efforts from the United States have been ad hoc and at times self-defeating, such as withdrawal from the Trans-Pacific Partnership (TPP) trade agreement. Furthermore, India’s history and reputation in working with multilateral economic institutions has been mixed, to say the least.

It is in this context that China’s Belt and Road Initiative (BRI)—a trillion-dollar infrastructure strategy—has the potential to reshape the future economic and geopolitical landscape of the Indian Ocean rim and Eurasia. Both Washington and Delhi remain skeptical of BRI. Yet neither alone has the resources to effectively shape it, much less put forward a compelling alternative. Only by cooperating with each other—and with other likeminded partners—can the United States and India develop an effective response to BRI, one that incentivizes China to converge with global norms and standards, cooperates with China selectively, and competes vigorously and smartly where required, all with the ultimate goal of reinforcing the rules-based international order.

Despite some recent high-profile setbacks to several BRI projects, China is retaining the initiative. Neither the United States nor India has yet to develop a coherent strategy toward BRI. The Obama administration’s regional connectivity agenda amounted to a piecemeal response. Whether the Trump administration will translate a growing focus on BRI into a systematic and appropriately resourced strategy remains uncertain. For its part, India largely views BRI as an extension of a long-term Chinese strategy of encirclement. It has responded by enhancing ties with states across the Indian Ocean Region (IOR) and beyond, as well as by leveraging regional organizations, but these efforts to date are more opportunistic than strategic.

The United States and India have an overwhelming interest in preserving the rules-based order that has fostered global stability and prosperity for more than seven decades.

To align their respective approaches toward BRI, the United States and India should take a series of unilateral, bilateral, and multilateral actions:

The United States and India have an overwhelming interest in preserving the rules-based order that has fostered global stability and prosperity for more than seven decades. To advance this shared interest, the two should align their approaches toward BRI, leveraging all instruments of national power to shape the initiative when possible, cooperate with China when practical, and compete when necessary.

A U.S.-India Connectivity Agenda for the Indo-Pacific

The United States and India have much to lose if BRI transforms the economic and geopolitical landscape of the Indian Ocean and Eurasia into a Chinese-dominated sphere. Likewise, the two have much to gain if China’s lending practices under BRI ultimately align with international standards—as well as whether countries considering Chinese investments have credible alternatives that help them avoid debt traps and loss of sovereignty. Moreover, the United States and India significantly converge in their perceptions of BRI—though Washington is more inclined to both shape and compete, while Delhi favors a largely oppositional stance. Now is the time for the United States and India to align their approaches to connectivity across the Indo-Pacific wherever possible.

If they do not work together, neither the United States nor India will succeed, and China's Belt and Road Initiative will likely pave the way for a reordering of the Indian Ocean rim and Eurasia.

BRI has the potential to reshape large parts of the globe into a China-centric sphere. This development would herald the end of the rules-based international order that has backstopped stability and prosperity for more than seven decades. The task for the United States and India is to come together and advance a geo-economic vision that strikes a difficult balance between shaping BRI to align with existing norms and standards, engaging China directly in areas where cooperation is possible, and countering elements of BRI where it directly promotes a new Chinese economic and security order. A more aligned United States and India, working closely with other likeminded partners, can achieve this. Individually, neither will succeed, and BRI will likely pave the way for a reordering of the Indian Ocean rim and Eurasia.

Read the full article in the Asan Forum.

Daniel M. Kliman is the Senior Fellow in the Asia-Pacific Security Program at the Center for a New American Security (CNAS).

Manpreet S. Anand is a Pacific Council member and a distinguished professor of practice at the Near East South Asia Center for Strategic Studies.

This article was originally published in the Asan Forum.