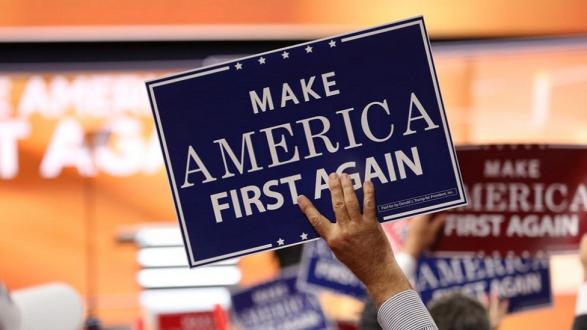 During the presidential campaign, Donald Trump’s foreign policy pronouncements led many advocates of American leadership to fear the worst. Now, nine months into his tenure, his "America First" foreign policy is taking shape, and President Trump—from his explicit deemphasizing of human rights to his "Muslim ban" to his embrace of violent and autocratic leaders—has largely lived down to expectations.

There is no better reflection of the president’s foreign policy priorities than his proposed budget for the State Department. Secretary of State Rex Tillerson is seeking to slash his department’s funding by about 30 percent. (In the Trump budget, only the Environmental Protection Agency faces a larger cut.) This is a blueprint for disaster, an abdication of leadership that would increase suffering in the world, weaken U.S. national security, and undermine the U.S. government’s capacity to prevent war and cultivate respect for human rights.

Although various opponents of this proposal, including senators from both sides of the political aisle, say it would amount to a U.S. retreat from the world, that is not quite right. Unlike his "America First" forebear, Charles Lindberg, President Trump is not an isolationist; his "antiwar" rhetoric in the campaign aside, he supports aggressive U.S. engagement in the world in the form of military force. He advocates retreat only when it comes to diplomacy, development assistance, and all the other tools of power and influence that foster stability and enhance the global standing of the United States.

Although Americans on average believe foreign aid constitutes about a quarter of the federal budget, in fact it makes up less than 1 percent.

Secretary Tillerson’s budget proposal was met with derision by Republican leaders in the Senate. Senate Foreign Relations Committee Chairman Bob Corker (R-TN) said the proposal was so far off the mark that discussing it would be "a total waste of time." Senator Lindsay Graham (R-SC), who chairs the appropriations subcommittee overseeing the State Department’s budget, called it "radical and reckless."

Fortunately, on September 7, the Senate Appropriations Committee rejected the administration’s budget proposal with a unanimous vote to allocate $51.4 billion for the State Department and foreign operations—a slight cut, but about $13 billion more than what the president and Secretary Tillerson requested and a stern, bipartisan rebuke to the administration’s approach. But the fight is not over. There is more legislative process to come. The related House funding bill proposes a 14 percent cut, a figure U.S. diplomacy can hardly afford.

Misunderstanding among Americans about the level and relative generosity of U.S. foreign aid is widespread, so a little context might be useful. Although Americans on average believe foreign aid constitutes about a quarter of the federal budget, in fact it makes up less than 1 percent. While the United States gives more foreign assistance in real terms than any other country, we contribute only about 0.17 percent of our Gross National Income (GNI)—about half the average for developed countries.

The Trump administration's proposal is a cruel budget that would harm millions of vulnerable people.

In fact, as a percentage of GNI, the United States is quite stingy. According to statistics from the Organization for Economic Cooperation and Development, the United States ranks behind 21 other countries—including Slovenia and New Zealand—on the amount we give to improve development, security, and human rights. We give roughly one-tenth of what world leader Norway does.

In other words, the administration proposes taking an ax to a budget that is already anemic, especially if the goal is to focus on preventing wars rather than fighting them.

Moreover, while it’s perfectly appropriate for a cabinet secretary to undertake a review of an agency to identify unnecessary spending, the manner in which Secretary Tillerson went about this task reveals an underlying purpose: he set a reckless spending goal that devalued diplomacy and development, and then went looking for the cuts to meet it.

There’s not nearly enough fat in the State Department budget to allow for such large cuts. The Trump administration’s proposal would strike at the heart of the State Department’s mission. For starters, the proposed budget would cut humanitarian assistance funding by 31 percent. Amid a global refugee crisis, the administration’s budget abolishes the $50 million Emergency Refugee and Migration Assistance program. With famine threatening some 20 million people, it cuts food assistance by $2.4 billion. Even as hurricanes underscore the mounting threat of global warming, it eliminates the $350 million USAID Global Climate Change Initiative and funding for the UN global warming programs.

Both diplomacy and humanitarian assistance help to resolve the tensions and human rights abuses that, left unchecked, lead to instability, violence, and armed conflict.

Tillerson’s plans have already significantly weakened U.S. diplomatic efforts. The Trump budget slashes U.S. support for the UN and other multilateral institutions that the United States helped build. Overall, it would eliminate 2,300 jobs from the State Department, 9 percent of our global workforce, in the most complex diplomatic landscape in a generation. These include 36 of 66 special envoys, including those responsible for Afghanistan, Pakistan, Syria, the rights of people with disabilities, and closing the detention center at Guantanamo Bay.

Many senior diplomats—including career civil servants who have worked for administrations of both parties—have already quit, either because they want to leave before they are forced to or do not want to work for an administration that so devalues diplomacy.

Both diplomacy and humanitarian assistance help to resolve the tensions and human rights abuses that, left unchecked, lead to instability, violence, and armed conflict. That is, they serve President Trump’s professed core goal of strengthening U.S. national security.

Make no mistake: the State Department helps prevent war. Military leaders tend to be keenly aware of the limits of their work. Karl Eichenberry, a retired three-star general who commanded U.S. forces in Afghanistan, told ABC news that slashing State Department funds "sends the wrong message to our many friends in the world who want a strong America, but one that leads by example and diplomacy, not with bayonets."

The State Department is an irreplaceable manifestation of American leadership, one that promotes human rights, distributes humanitarian assistance, builds and maintains alliances, and contributes to international bodies that resolve crises and prevent war.

Admiration for the United States around the world derives not from its military might but from its ideals and its willingness to exhibit those ideals. And with that admiration comes influence, the ability to promote democracy and otherwise build relationships with movements and governments that benefit the United States. Over the years, the broad bipartisan support in Washington for American leadership has been grounded not just in a sense of altruism but in cold, hard self-interest. Most government officials understand that the United States is strongest and most secure when it lives up to its ideals.

The State Department is an irreplaceable manifestation of American leadership, one that promotes human rights, distributes humanitarian assistance, builds and maintains alliances, and contributes to international bodies that resolve crises and prevent war. The president may discover that reports of the death of internationalism have been greatly exaggerated. Indeed, the widespread opposition to his State Department budget suggests that a majority in Congress still want the United States to play a prominent and productive role in the world – for the sake of our national security.
____________

Elisa Massimino is president and chief executive officer of Human Rights First, one of the nation’s leading human rights advocacy organizations. She will participate on the "A State Department Benched?" panel at Members Weekend 2017.