In Defense of U.S. Foreign Aid: Examples from South Asia 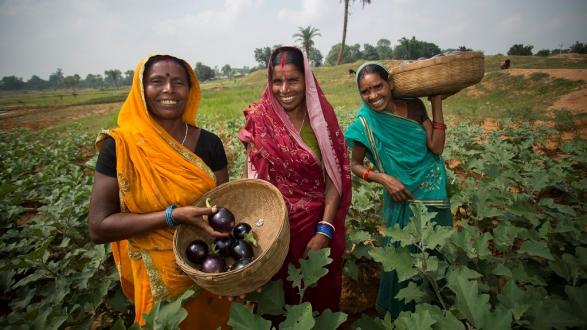 U.S. foreign assistance is not always politically popular, but it is always necessary.

Our national security and national interests depend on our ability to connect to and support the world’s most vulnerable. Investing in international development remains core to our nation’s values. And as the sole superpower in the world, the United States has a unique responsibility to lead the way.

President Trump’s first budget proposal seeks to make dramatic cuts to foreign assistance, including a nearly 28 percent reduction in aid to South and Central Asia. Despite the administration’s rhetoric about strengthening national security, this budget betrays that noble goal by focusing almost solely on defense at the expense of diplomacy and development. The dramatic cuts to the Department of State and U.S. Agency for International Development (USAID) are as audacious as they are shortsighted.

While working at USAID, I witnessed firsthand the power and impact of a smart foreign assistance strategy. Here are just a few examples from the subcontinent of South Asia.

Washington’s long and fruitful partnership with India is transforming the global model of development itself. By leveraging science and technology, scaling up innovative models, and engaging in partnerships to deepen impact, the USAID model in India is on the vanguard of foreign assistance and is poised to create game-changers in development for the world.

A superficial view might cite India’s rising economy to provide a rationale for cutting aid, even though the number of Indians living on less than $2 a day is on par with all of sub-Saharan Africa combined. But the potential impact of partnering with India is huge.

Decades ago, we invested our best scientific minds to spur the green revolution in India, which arguably brought food security to millions around the world. Today, we are partnering with Indian institutions on a range of issues, from finding ways to reduce the risk of global pandemics to supporting clean energy solutions that can provide affordable energy access to millions around the world. These efforts help the poverty-stricken in India, but also strengthen our ability to proactively address major global issues of national interest.

The United States has strongly supported Bangladesh’s development journey. From economic growth to family planning to disaster response to climate resilience, the United States has played an outsized role. And it is this development assistance that has been the foundation upon which we have seen a bilateral relationship transformed from mixed beginnings to true partnership.

Now is the time to reinvest, not retreat.

As a result, we have been able to build counterterrorism cooperation with Bangladesh at a time when transnational terrorist organizations are endeavoring to establish footholds in one of the largest Muslim-majority countries in the world. It is precisely because of the development gains made by Bangladesh that there is a resistance and resilience to the extremist ideology that seeks to pervade and corrupt the country.

Now is the time to reinvest, not retreat. Programs that strengthen governance structures and the secular fabric core to Bangladesh’s identity will serve as a natural barrier too strong for extremists to overcome.

In Sri Lanka, we have a once-in-a-generation opportunity to help pave the way for peace and prosperity for decades to come. Throughout decades of civil conflict, the United States supported marginalized populations across the island, including ethnic and religious minorities.

Because of those investments, the United States has built a steadfast reputation with the people of Sri Lanka and is now able—through a surge in additional resources—to support peace-building, improve governance, strengthen democratic institutions, and pursue reconciliation between previously warring communities.

Development tends to be characterized as a "nice-to-do" when we have the resources, but it is actually a co-equal pillar of national security along with defense and diplomacy.

It is in the long-term interest of the United States to help this small yet geographically strategic country become a more stable and friendly democracy. A peaceful and reconciled Sri Lanka gives little room for indigenous terrorist groups to rise again. A stable Sri Lanka creates an environment for economic growth to flourish. An inclusive and democratic Sri Lanka opens up political and military partnership possibilities in a way that could lead to greater security throughout the region.

Development tends to be characterized as a "nice-to-do" when we have the resources, but it is actually a co-equal pillar of national security along with defense and diplomacy. It is incumbent on all of us, including our elected representatives in the U.S. Congress, to advocate for a more comprehensive approach.

As the examples above show, investments in development offer some of the best returns in terms of cost and impact for the American people. By short-changing these efforts, we are putting in peril our core interests. Pursuing national security is a complex endeavor and takes a multi-faceted approach. We ought to remind our elected officials of that fact.
___________________

Manpreet Singh Anand is a member of the Pacific Council and an Adjunct Senior Fellow at the Center for a New American Security. He served in the Obama Administration as Deputy Assistant Secretary for South Asia at the Department of State and Deputy Assistant Administrator for South and Central Asia at the U.S. Agency for International Development.