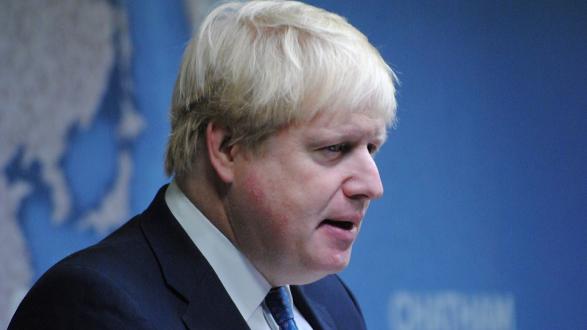 Today would have been the day that the United Kingdom officially left the European Union, but UK Prime Minister Boris Johnson was forced by Parliament to request an extension to Brexit from the EU until January 31, 2020. This request was informally approved by the EU eager to prevent a no-deal Brexit. However, EU Council President Donald Tusk, who is stepping down at the end of November, warned that this “may be the last” extension.

On October 24, Johnson called for a general election to be held December 12, a signal that he has run out of Brexit options. Parliament initially rejected that election but later approved it, essentially transferring responsibility for what to do about Brexit back to the voters. What is interesting is that if a second referendum were to be held today, the people’s vote would likely be to “remain” in the EU by a greater margin than the “leave” margin in 2016.

From the perspective of an American living in the United Kingdom with dual citizenship, I often wonder, “When do the results of a close referendum really deliver a ‘political mandate’ to be carried out by our politicians without a plan?”

The UK government failed to analyze and present properly certain facts of an exit from the EU, including but not limited to, the complications of re-instituting the border between Northern Ireland and the Republic of Ireland.

When the UK electorate voted in the Brexit referendum of 2016, they voted whether they wanted to “exit the European Union.” There was a tick box for “yes” or “no,” and a narrow majority of 52 percent voted yes. But what would the exit plan be? How would it be executed? What is the price of the separation over the course of 10 years? If you asked any voter at the time of the vote, it is unlikely that anyone understood the estimated time or cost to fully exit the EU.

From the government side, it had no idea what the EU would accept as terms and conditions of the exit. In addition, the government failed to analyze the potential conflict of an exit from the EU when it comes to reinstituting the border between Northern Ireland (a UK constituent) and the Republic of Ireland (a EU constituent). It seems to have forgotten the political instability that existed prior to the Good Friday Agreement of 1998 which eliminated this border and effectively ended decades of bloodshed. Therefore, one could argue that the government was irresponsible to put forth a “faulty” referendum to begin with.

Having studied international trade and economics, I was and am still a firm “Remainer.” The Brexiteers’ simplistic support arguments were and continue to be:

I wonder if these same Brexiteers considered the following:

Given the above, the Brexiteers clearly don’t comprehend neither the huge advantages of the EU membership which the UK enjoyed nor the degree of international economic integration that has occurred in the last 30 years, let alone the complexities of the disengagement of such an integration.

Brexit will likely have profoundly negative and unpredictable effects on the UK’s economy that will take more than a decade to recover from. We can see some of the effects starting to take hold. In fact, according to HIS Markit/CIPS purchasing managers’ index, the UK manufacturing sector announced in August that it’s contracting at the fastest rate since 2012, the fourth consecutive month of contraction. In addition, the sterling has continued to downslide in value since the 2016 referendum from $1.50/£ to currently $1.28/£.

In addition, just yesterday the National Institute of Economic and Social Research (NIESR), an independent body, concluded that Boris Johnson's Brexit deal will leave the UK £70 billion worse off than if it had remained in the EU. Its analysis stated that GDP would be 3.5 percent lower in 10 years' time under the deal. This is only the first independent analysis thus far.

It was disheartening during this process that the majority of voters did not attempt to question or research the information disseminated by each of the political parties, Remain Campaign and the Leave Campaign. Many voters were only interested in the “headline” facts and not interested in learning the details or the consequences.

To the make the situation worse, the confusion and prolonged debate within British government institutions has amplified the electorate’s complacent attitude.

The Leave Campaign made false promises such as: “money saved from leaving the EU will result in the National Health Service getting £350 million a week,” an advertisement prominently placed on public buses throughout the country, which Boris Johnson traveled on to promote Brexit. The electorate also didn’t know the meaning of a “single market” versus a “customs union” and how trade occurs in the two scenarios.

Even now, the voters have been told that the UK may not pay the “Divorce Bill” of £39 billion to the EU, but miss that this amount would be due over the next 45 years to the EU and would not be available for public spending immediately after Brexit. Today, more than three years after the referendum, the average UK citizen has Brexit fatigue with the resulting attitude of “let’s just get on Brexit.” To the make the situation worse, the confusion and prolonged debate within British government institutions has amplified the electorate’s complacent attitude.

The current political landscape of the UK includes the following:

Prime Minister Boris Johnson believes in Brexit and is committed that the UK will leave the EU.  He believes that the UK is strong and can weather the storm and he is willing to “gamble the house” on these assumptions. One needs to remember that Johnson was appointed as prime minister by members of the Conservative Party, representing less than 1 percent of the total UK electorate, after May resigned. His track political track record was being the mayor of the city of London and a Member of Parliament.

At the very start of his premiership, he threatened to go through with a no-deal Brexit scenario, in which the UK would leave the EU without a negotiated exit. That option was prevented by Parliament. He then prorogued (discontinued) Parliament in September in an attempt to limit and circumvent parliamentary oversight, but was admonished by the British Supreme Court, which branded the prorogation as “unlawful, void, and of no effect.”

Brexit as an issue has highlighted the political split of the country and government, which has been exacerbated over these last three years. The current government should act responsibly by providing the people a second referendum with all facts on the table.

Ultimately, Johnson was forced to negotiate with the EU (as he should have been doing from the start). As of October 20, Johnson was able to agree to terms regarding the Irish border that rendered the Withdrawal Agreement with the EU acceptable by Parliament (May’s previous Withdrawal Agreement was rejected three times by Parliament mainly due the Irish backstop, the provision that prevents the return of a hard border between Northern Ireland and the Republic of Ireland). However, the agreement is still subject to parliamentary approval, which requires further discussions and amendments.

Today, the election process has started for the December vote and already, given all the complexities of political divisions, alignments, and issues, political polling is showing that the outcome is too close to call.

In sum, the 2016 referendum to leave the EU was ill-conceived, non-transparent, and irresponsible. Brexit as an issue has highlighted the political split of the country and government, which has been exacerbated over these last three years. The current government should act responsibly by providing the people a second referendum with all facts on the table.

Should Brexit proceed and should Johnson prevail in the upcoming general election, I would hope that he and the Conservative Party (and any other MP who supports Brexit) are held accountable through 2022, when the true effects of Brexit start to emerge.