A Brexit By Any Other Name 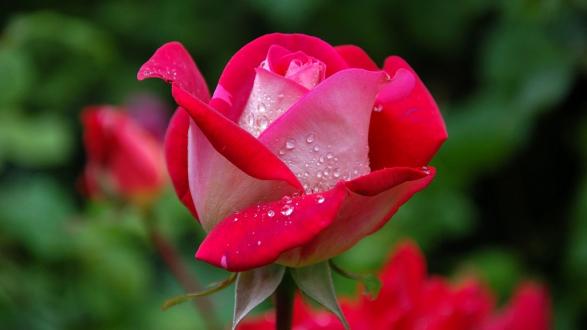 Brexit’s roots run deep in the soil of the world economy, affecting industries as far away as the fertile flower fields of Kenya where rose growers innovate to deal with shrinking demand, lower prices, a volatile pound, and a high cost of production.

Agriculture is a major component of this once British colony’s economy, contributing up to 26 percent of Kenya’s GDP. Any disruption in export sales or disturbance of the Kenyan shilling is felt in the roots of this fragile flower. As Brexit nears and the world economy braces for impact, Kenyan growers are determined to remain relevant and profitable.

Some growers have expanded their colorful repertoire to include alternative produce in high demand.

Thirumalai Srinivasan, CEO of three rose producers in Kenya with 34 years of experience in agriculture, said, “This industry is a little bit shaken up, to be honest with you. Very recently I have diversified the business as well because, being the CEO, I need to see the overall profitability of the group. So we started procuring avocados. Now I’m exporting to France, Poland, and Amsterdam. That’s the diversification.”

Rose sellers are anxiously awaiting news of a hard or soft Brexit that will determine whether or not the UK will impose stiff tariffs on imported goods.

Other players in the flower field are also looking for ways to diversify their business. Edward Agg-Manning, an investor in the Kenyan flower business, said companies are looking to sell their premium roses to more markets around the world.

“It has also pushed us to look for new markets in China, Australia, the Middle East, and even as far afield as America, because Europe was still taking 70 percent of Kenya’s flowers, which is billions of stems a year,” he said. “And when that decreases because of a lack of competence, because of this sort of political instability within that region, we’ve had to look for other markets.”

Rose sellers are anxiously awaiting news of a hard or soft Brexit that will determine whether or not the UK will impose stiff tariffs on imported goods. If the UK goes the way of a hard exit, the tariffs will affect all imported freight arriving on British shores, incurring lost profits and longer time spent in port—a deadly recipe for a fragile flower.

Tim Hobbs, CEO of Tambuzi Ltd., sells premium high-end scented roses to the specialty rose sector around the world with partnerships in the United States, the Netherlands, Dubai, and others. Hobbs has circumvented this uncertainty by flying his product to his partners by way of passenger airline rather than freight.

In the interim, as companies look to innovate and diversify their offerings, they’re still having to deal with the reality of the current global insecurity surrounding Brexit which is affecting the global strength of the euro and the pound.

“From a currency perspective and from a direct trading perspective, we’re slightly buffered because we fly our flowers mainly on passenger airlines rather than freight,” Hobbs said. “We supply flowers for very high-end events, so they’re usually very small volume, small quantities. Our entire business is about customer service and going the last mile rather than any sort of volume business.”

Hobbs has found a unique niche that keeps his company relevant and profitable by cornering the market for these specialty scented roses intended for the most discerning clients. Hobbs concedes that the industry at large is seeing a lot of uncertainty surrounding Brexit, but his unique sector has not felt any negative impacts thus far.

In the interim, as companies look to innovate and diversify their offerings, they’re still having to deal with the reality of the current global insecurity surrounding Brexit which is affecting the global strength of the euro and the pound.

Philip Kuria, general manager at Nini Limited, a flower company in the Lake Naivasha region of Kenya, said prices have been down 10 to 15 percent over the past 12 months. Other industries have the option of storing their product when prices fall, thus limiting supply and artificially stabilizing prices. But roses are fresh produce that cannot be stored, so sellers must accept the falling prices and cut costs elsewhere to remain profitable.

Only time will tell if the situation in Kenyan’s flower fields will continue to bloom or be crushed under the weight of a hard Brexit.

Manning sees flower growers looking to cut production costs by automating jobs and reducing the work force per hectare on farms. Workers’ unions protect most farm laborers, but some farms are still seeing their workforce reduced from 19 per hectare to 16.

“We’re looking to save money wherever we can,” Manning said. “I mean, most of the Kenyan farms are very well-practiced and do maintain the highest levels of ethics and standards. But of course, the weaker players will now have even less money. They’ll be tempted to take the shortcuts.”

Benson Simiyu, a rose farm manager in the fertile Mount Kenya region, sees workers’ wages being affected by the low prices. Most laborers work overtime during peak seasons, earning 10 to 15 percent higher wages for their extended hours, but with prices remaining low, opportunities for overtime have dried up, Simiyu said.

Only time will tell if the situation in Kenyan’s flower fields will continue to bloom or be crushed under the weight of a hard Brexit.

Paige Smith is a USC graduate student participating in a foreign affairs reporting class taught by Professor Phil Seib, a collaboration between the Pacific Council and the Annenberg School of Communication and Journalism.