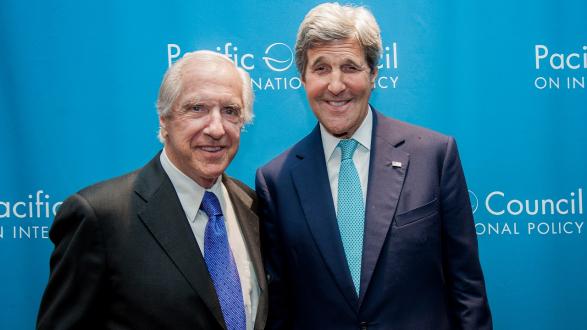 Schnabel succeeds outgoing co-chair Ambassador Robert H. Tuttle, Co-Managing Partner of Tuttle-Click Automotive Group and former U.S. Ambassador to the United Kingdom (2005-2009). The Honorable Marc B. Nathanson, Chair of Mapleton Investments, LLC and former Chair of the Broadcasting Board of Governors (1995-2002), will continue his service as co-chair.

"We are delighted that Ambassador Rockwell Schnabel has agreed to take on this role," said Dr. Jerrold D. Green, President and CEO of the Pacific Council. "Through his career in public service and business as well as his dedication to our organization over the last ten years, Rock has shown that his leadership has the potential to strengthen the Council as we continue to grow, adapt, and respond to world events."

Green added: "Bob Tuttle’s stewardship of the Pacific Council for the last six years has facilitated unprecedented growth and improvement. I am grateful to Bob for his leadership as well as for his commitment and unfailingly good judgment, and look forward to working with Rock in the years ahead."

Schnabel has had a distinguished career in global affairs, including serving as U.S. Ambassador to the European Union (2001-2005), U.S. Ambassador to Finland (1986-1989), and Acting Secretary of Commerce (1992). He is a member of the Council on Foreign Relations and the Board of Councilors of the USC Annenberg School for Communication. He has served on the board of numerous public and private companies in the United States, Europe, and Asia.

Schnabel co-founded Trident Capital, a venture capital firm supporting information technology and business services companies. He is also the former President of Bateman Eichler, Hill Richards, Inc. (now part of Wells Fargo Bank). He previously served as Chair of the Los Angeles Convention Board and the Fire and Police Pensions Fund, and was a member of the Los Angeles Olympic Committee.