3 Areas of Opportunity for the US-India Relationship 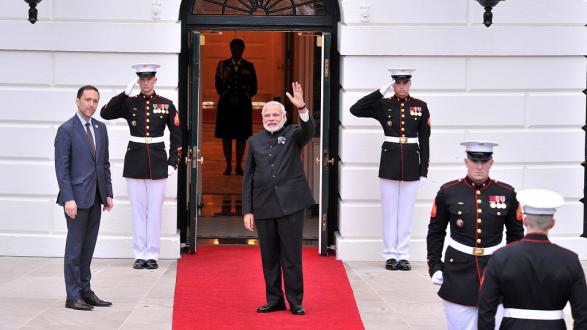 The best strategy for U.S.-India relations may be to have no new strategy at all. Whether dealing with an ally or adversary, this White House has been unpredictable to say the least. Yet thus far, India has stood out for being largely unremarkable. This is a good thing. Success in the relationship might be best served by keeping India out of the headlines and just getting down to business. After all, making deals is something that President Donald Trump has touted as his forte.

Following the successive efforts of past administrations, the previous administration doubled down on the relationship with India, bolstered by strong bipartisan Congressional support. Calling it a "defining partnership for the 21st century," former President Barack Obama saw that the United States’ future – both strategic and economic – will increasingly rely upon how we interact with the larger Indo-Pacific region. As one of the fastest growing large economies in the world that aligned with our interests and values, India would play a key role in that future.

So far, Trump and Prime Minister Narendra Modi have had a good, albeit modest, beginning to their relationship. With an invitation for the prime minister to come to the U.S., there is now an opportunity to identify the priority areas of cooperation that could form the basis of such a visit.

Manpreet Singh Anand is an Adjunct Senior Fellow at the Center for a New American Security and the former Deputy U.S. Assistant Secretary of State for South and Central Asian Affairs.