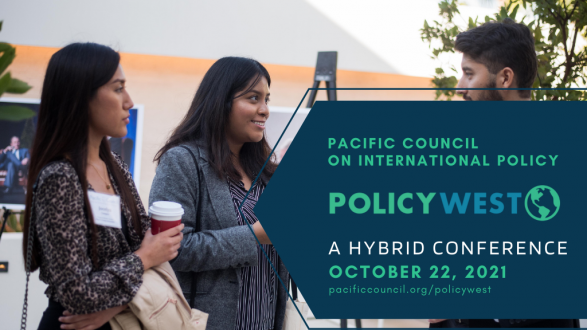 California is home to many talented leaders who are making a great impact on their communities. We want to highlight these individuals and recognize their advocacy work in the Los Angeles community and beyond as well as provide them with a platform to further expand their missions. Each speaker listed here will give a 15-minute TED-style presentation about their work and leadership and how they are having local-to-global impact. 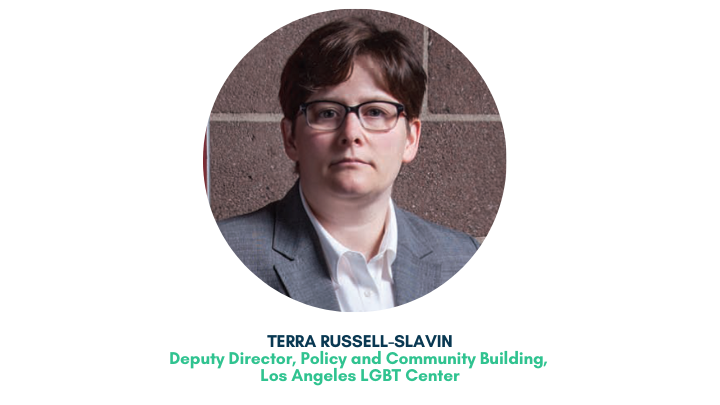 Terra Russell-Slavin has been a leader in advocating for LGBTQ rights in the Los Angeles community. She uses her extensive legal background to deliver comprehensive and holistic legal services for LGBTQ survivors of domestic and sexual violence. Ms. Russell-Slavin will speak on the importance of her work and her thoughts on the future of LGBTQ rights in America.

Terra Russell-Slavin, Esq., is the Deputy Director of the Policy and Community Building Department at the world’s largest LGBT organization, the Los Angeles LGBT Center (Center). In this capacity, Terra works to advance LGBT civil and human rights in accordance with the Center’s mission to build a world where LGBT people thrive as healthy, equal and complete members of society. Terra’s focus includes advocating for increased social services and non-discrimination protections for the LGBT community, including LGBT seniors, youth, and survivors of violence, and defending against anti-transgender initiatives. Prior to this position, Terra was the Center’s Lead Staff Attorney where she was responsible for overseeing the delivery of comprehensive and holistic legal services for LGBT survivors of domestic and sexual violence. Terra is the co-chair of the LGBT Subject Matter Committee of the National Taskforce to End Sexual and Domestic Violence and was a leader in the efforts to obtain the first ever non-discrimination provisions in federal law on the basis of sexual orientation and gender identity as part of the 2013 re-authorization of the Violence Against Women Act. She has written various articles on LGBT domestic violence, serves on numerous committees and workgroups, and is a frequent presenter at conferences on LGBT domestic violence issues. Terra received the Los Angeles County Betty Fisher Award for phenomenal leadership in the field of domestic violence and has been recognized by the National LGBT Bar Association as a Best Attorney Under 40. Terra is a graduate of Pitzer College and Northeastern University School of Law. 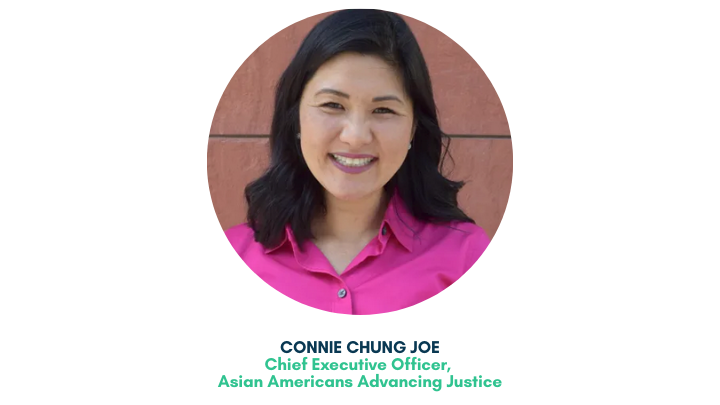 Connie Chung Joe is a leading voice in the campaign to stop AAPI hate. Her work to support Asian Americans and Pacific Islanders has only intensified during the pandemic. Ms. Chung Joe will speak on her efforts to bridge the gap between communities of color and how to become an effective advocate for the AAPI community.

Connie Chung Joe, JD, is the Chief Executive Officer of Asian Americans Advancing Justice – Los Angeles (Advancing Justice – LA), the nation’s largest legal and civil rights organization for Asian Americans, Native Hawaiians, and Pacific Islanders. Prior to joining Advancing Justice – LA in August 2020, Connie served as the Executive Director of the Korean American Family Services (KFAM) for 11 years. Under Connie’s leadership, KFAM nearly quadrupled its budget and staff, with culturally and linguistically responsive services to immigrant families, particularly those struggling with mental health, domestic/family violence, and acculturation stresses. Prior to joining KFAM, Connie was a public interest lawyer for seven years. Connie has testified on several occasions before the California State Assembly on Domestic Violence to advocate for the needs of immigrants, APIs, and other vulnerable populations in the State. In 2016, she was appointed by California Senate President Pro Tempore Kevin de Leon to the Domestic Violence Advisory Council. In 2017, Connie was named by CA Assemblymember Sebastian Ridley-Thomas and LA County Board of Supervisor Mark Ridley-Thomas a 40 Under 40 Emerging Civic Leader. She currently serves as a member of Bank of America’s National Community Advisory Council. Connie received her BA in Spanish and International Relations from USC and her JD from Georgetown University Law Center.