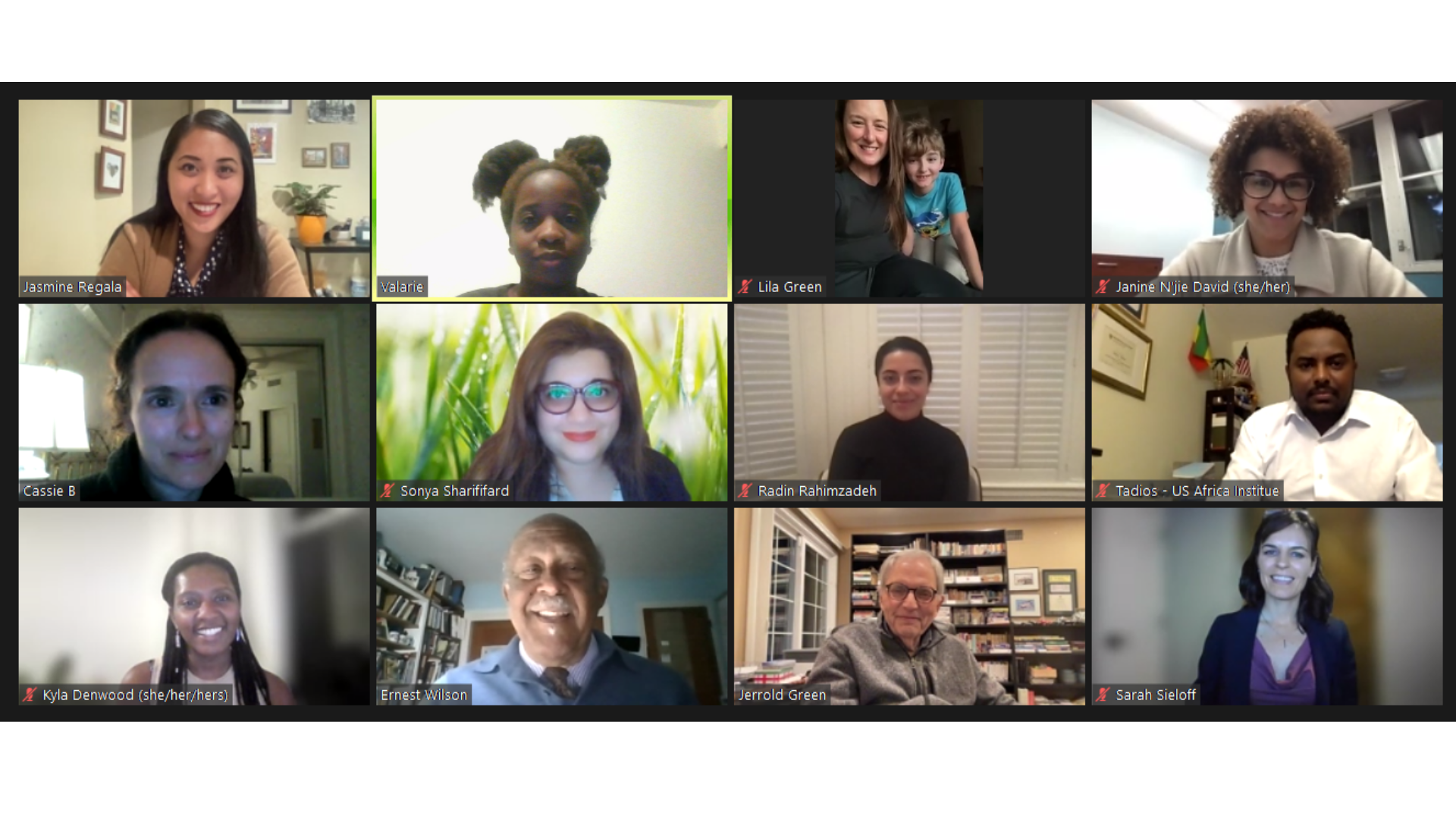 The Pacific Council is launching AMPLIFY, an inaugural leadership development program for emerging early to mid-career professionals who have been traditionally underrepresented in foreign affairs. Our goal is to be a national advocate for diversity in foreign policy by amplifying diverse voices and developing an inclusive vision of global policy.

The Pacific Council is excited to launch AMPLIFY with a cohort of 8 Fellows, each arriving with a local-to-global project where they are committed to making an impact by doing globally-oriented work in their local communities.

Please get to know the inaugural class of AMPLIFY Fellows below: 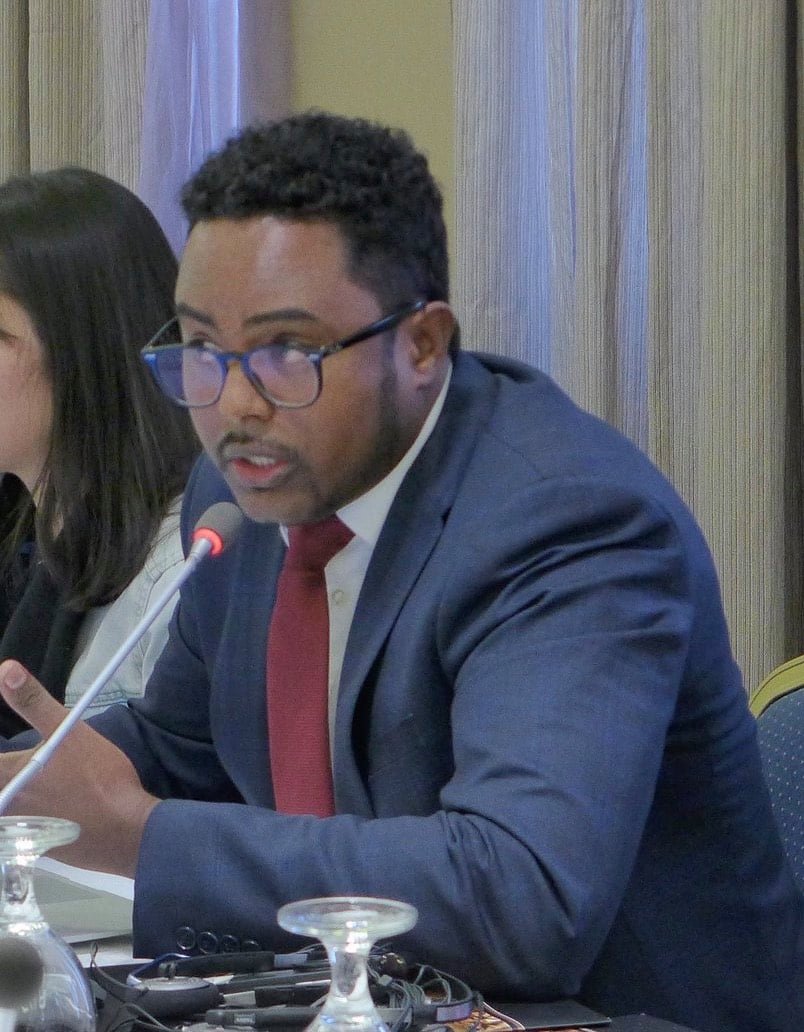 Dr. Tadios Belay is the founding President of the US Africa Institute, a 501(c) (3) non-profit, innovative, educational organization established to advance strategic partnerships between the United States of America and Africa through academic exchanges designed to forge stronger cultural and diplomatic ties, build the capacity of African academic institutions, and contribute to mutually beneficial economic development opportunities that are scalable and sustainable.

Recently, he was a Human Rights Fellow at the prestigious United States Human Rights Network where he educated and engaged African American and African immigrant communities to organize and advocate for racial, social, and economic justice throughout the United States and globally.

He also worked as a Principal Representative to the United Nations Economic and Social Council where he had been actively engaged and tirelessly advocated through the adoption process of the Global Compact for Safe, Orderly, and Regular Migration (GCM) to promote educational equity, migration justice, and economic opportunities for all immigrants throughout the world.

For his unwavering commitment, work and public service, he earned a recognition and award from the California State Assembly and the 15th California Assembly District as a Community Change-Maker and received the 7th Annual Juneteenth Image Award.

He has advocated and closely worked with members of the U.S. Congress and Senate, and played a leadership role through his advocacy and lobbying efforts which helped pass the nation’s prominent legislations and policies pertaining to immigration, health care, and education. He is the founding member of the International Virtual Exchange Learning (IVEL) Committee at California State University Dominguez Hill’s and also serves as the President of the Board of Directors at Taylion Academy in California and Arizona, and seats on a number of academic institutions and community organizations’ board.

Dr. Tadios Belay attended the University of San Francisco, School of Law on a merit scholarship and received a Master of Laws where he specialized in International Law. He also studied at the University of Helsinki, Finland, Hong Kong Science and Technology University, Hong Kong, and Qatar University, Doha as part of his doctoral research journey. He also attended the prestigious Executive Education Program at the Harvard Kennedy School of Government and completed his doctoral degree in Global Education at the University of Southern California (USC) where his research works focused on the intersection of global education, identity, culture, and student achievement. 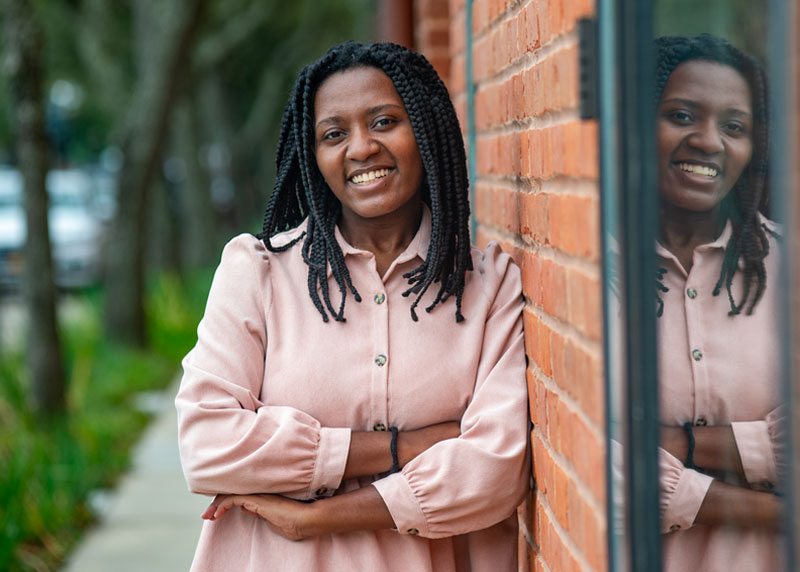 NORC at University of Chicago

Kyla Denwood is a recent graduate from Tulane University where she earned dual degrees in Economics (B.S.) and International Development (B.A.) to understand the role of the private sector in promoting social change. Her research and career interests lie at the nexus of labor, international education, social innovation, social entrepreneurship, and economic development. She has been fortunate to pursue relevant opportunities in Kenya, Paraguay, the United Arab Emirates, and New Orleans. Kyla recently finished her tenure as a Youth Ambassador at Expo 2020 Dubai where she represented Illinois and Louisiana as a cultural ambassador at the U.S.A. Pavilion. Inspired by her international experiences and quantitative research, she now works as a Research Associate for the International Programs department of NORC at the University of Chicago, where she researches a variety of topics ranging from youth engagement to poverty alleviation to democracy and governance in countries across all regions of the world. In her free time, Kyla enjoys playing flute, ballroom dancing, and learning to skateboard.

Lila has been the president of WIIS West since June of 2018.  As president of WIIS West, Lila has been hosted at the United Nations in New York, has spoken in front of delegations from the U.S. Department of State, and at the Middlebury Institute of International Studies (MIIS). Previous to this role, she established the first successful chapter of WIIS at MIIS, where she received her MA in Nonproliferation and Terrorism Studies with a specialization in Financial Crimes Management in 2018. She is also a Global Trade Compliance Analyst at Autodesk, the leading maker software company, famous for AutoCAD.  Besides her MA, Lila holds a BFA from DePaul University and has had two internships with the US Department of State at the embassies in Lagos/Abuja, Nigeria, and Belgrade, Serbia.  Lila is a single mom who homeschools her 9-year-old while working full time. She hopes to amplify the voices of moms everywhere whose labor and contributions have gone unsung for too long.

Cassie is working for Evacuate Our Allies which is a coalition of human rights, religious, and refugee organizations that provides informational resources to Afghans and helps to resettle as many SIVs in the USA who worked alongside the Americans. She previously worked for London & Partners which is the Mayor of London’s promotional and economic development agency that attracts foreign investment to the UK capital. As the Business Development Associate in Los Angeles, she attracted and consulted Bird, BigCommerce, The Void (Disney Accelerator), Backstage Capital, Procore Technologies, Revolve, Soylent, Clocktower Ventures, and Hawke Media to London during Brexit. She led London Mayor Sadiq Khan’s senior-level visit to SXSW in 2018 where he was the keynote speaker and also supported Los Angeles Mayor Eric Garcetti’s visit to London for the C40 and to tour the London 2012 Olympic site. She completed a Leadership Fellowship with the Southern California Leadership Network where Fellows delve into the socio-economic trends in Southern California and are prepared to take on leadership roles in their organization to advance positive change. Since 2017, she has served as a Board Member and the Events Chair of the Los Angeles World Affairs Council’s Young Professionals program which has discussed topics such as the USMCA, Arctic geopolitics, Brexit, ethics of AI, rising China, and populism in Brazil. On behalf of the Pacific Council’s online magazine, she interviewed the Mexican Consul General of Los Angeles and is currently interviewing the Canadian Consul General. She is a Canadian - American who grew up in Los Angeles. She received her MA from the University of Glasgow in the United Kingdom and her BA from the University of Arizona. She also studied abroad at the Universidad de Pompeu Fabra in Barcelona, Spain. She volunteers at Cedars- Sinai Hospital and The Venice Family Clinic’s Hot Meals Program. In her free time, Cassie enjoys traveling abroad, playing with her 2 golden retrievers, and spending time with her loved ones. 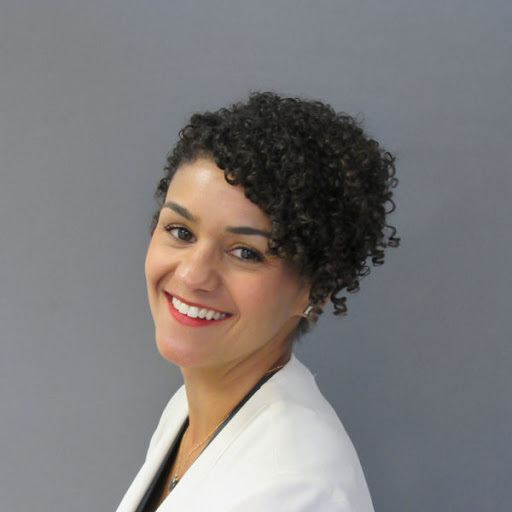 With more than a decade of experience as a nonprofit leader, Janine specializes in cross-sector partnerships with a special interest in creating equality for women and girls globally.

As co-founder of the Global Lab, which transforms research into action, the international research institute studies issues like gender-based violence and sexual health, then translates and amplifies findings to improve programs, inform policy, and shift the public conversation. Their data leads the way to bold new solutions: Decriminalize sex work. Engage boys alongside girls to advance gender justice. Reframe stories about women’s work and worth. In her role, Janine spends her days strategizing, partnering, expanding their community, amplifying their work, and working with their talented team of student interns.

Janine has held senior leadership positions at Spark, a national youth mentoring organization, and Plan UK, a global children’s rights organization. Her work took her to Zambia, Malawi, Sierra Leone, and India. Janine holds a Masters in Public Policy (MPP) from UCLA Luskin School of Public Affairs. She is a member of their MPP Alumni Council and a Luskin Alumni Career Leader, which helps current students prepare for the job market. Janine is also a member of the Los Angeles Women’s Collective, a political action committee that empowers women in Los Angeles to influence political and legislative progress. Janine lives in the Santa Ynez Valley, California, and is a proud mother to an energetic toddler girl! 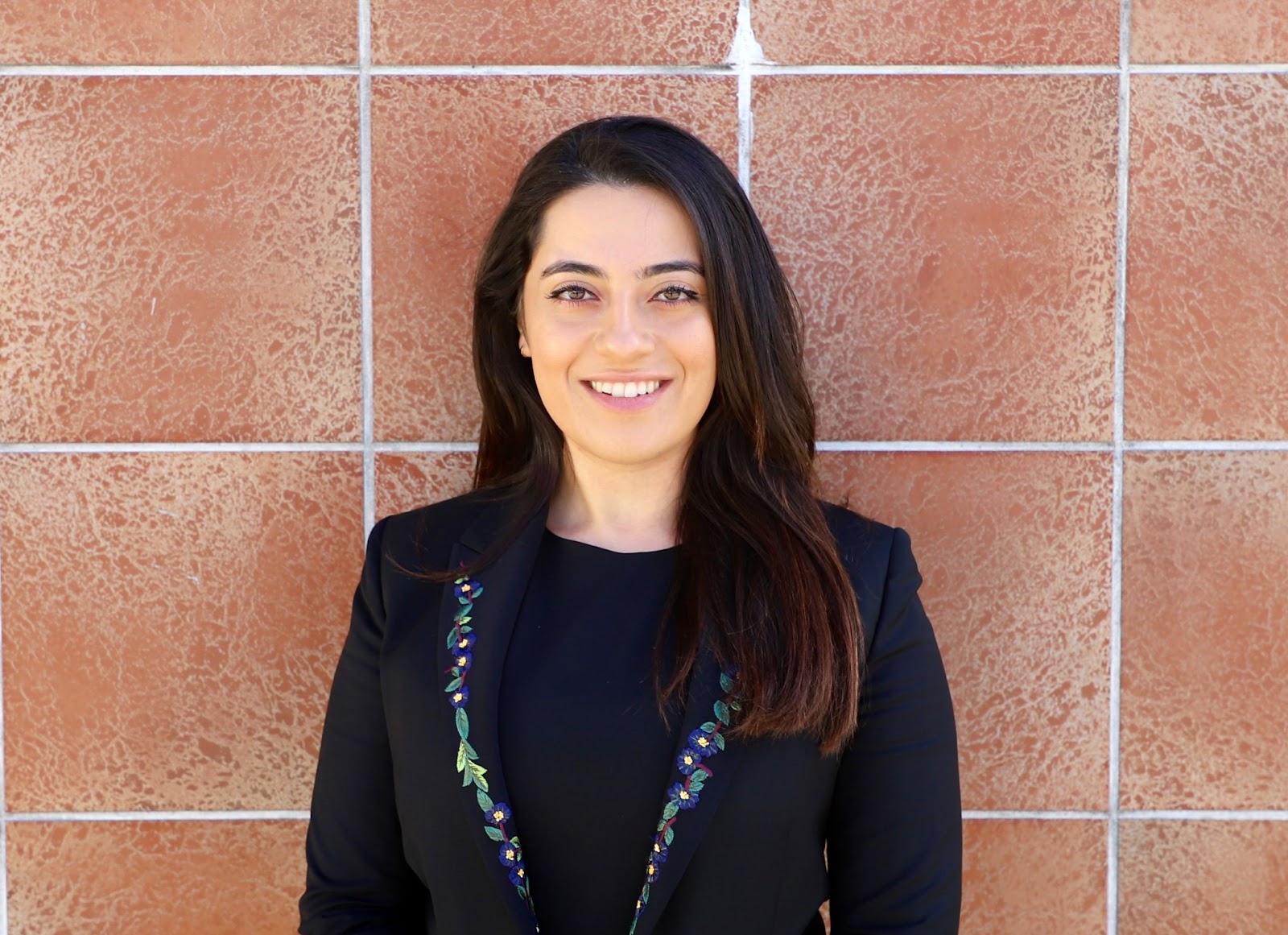 Radin is passionate about sustainability and building products that result in better air quality and community health for all. Radin is the co-founder and CEO of Fore Transit where she and her team are innovating the sustainable movement of goods and people with a suite of patent-pending hardware and software technologies. Recently, Radin and her team have been recognized by Forbes 30U30. Prior to founding Fore Transit, Radin supported the deployment of driverless systems and smart city applications at Advanced Mobility Group (AMG) in the Bay Area by working alongside bold industry, public agency, and community leaders. It was at AMG that Radin was inspired to begin Fore Transit to achieve the social and environmental benefits of the vehicles of tomorrow for the communities of today. An advocate for diversity, Radin believes that innovation and progress require conversations and collaborations from inclusive and intersectional perspectives. 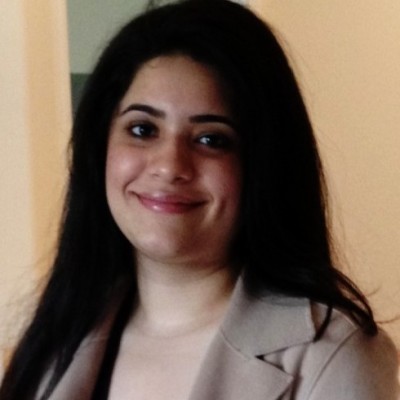 Dr. Sonya Sharififard (she/her) is a Postdoctoral Research Fellow at Pepperdine University. Her research focuses on international policy and food systems. Dr. Sharififard has co-authored book chapters in New Horizons in Positive Leadership and Change (Springer 2020) and Workplace Spirituality and Fulfillment (Palgrave 2018). She has presented at major international conferences and has served on the review panel of global institutions in North America, Europe, and Asia, including the American Educational Research Association (AERA), the Academy of Management (AOM), and the International Leadership Association (ILA). Dr. Sharififard holds a Ph.D. in Global Leadership and Change from Pepperdine University and a Master of Arts in Organizational Leadership from Woodbury University. Her dissertation explored the role of food pantries at public colleges and universities.

Sarah Sieloff is a senior planner at Maul Foster Alongi, an integrated multidisciplinary consulting firm headquartered in the Pacific Northwest. Sarah works primarily with local governments and nonprofits to support community planning processes, as well as economic and community development. Her expertise includes policy analysis and public funding and finance. Environmental justice, climate change mitigation, and climate adaptation are central to her work. Before joining MFA, Sarah spent 2020 and part of 2021 as a Council on Foreign Relations-Hitachi Fellow in Japan, where she researched municipal responses to depopulation. From 2015 to 2020, she served as the executive director of the nonprofit Center for Creative Land Recycling. In this capacity, Sarah helped communities from Puerto Rico to Alaska clean up and redevelop contaminated land. Sarah’s work experience also includes nearly four years in federal service, which she entered as a Presidential Management Fellow, and during which she served as the Memphis team lead for the White House Council on Strong Cities, Strong Communities. Sarah has worked across the United States and internationally, including in Latin America, Africa, Asia, and the South Pacific, and has published at Bloomberg CityLab, Urban Land Online, the East-West Center, and Tokyo Review. She holds a Master of Public Affairs from Princeton University and a BA from Eckerd College, and is a Truman Scholar. Sarah has been a Pacific Council member since 2016, and speaks fluent Spanish, passable French, and bad but slowly improving Japanese.