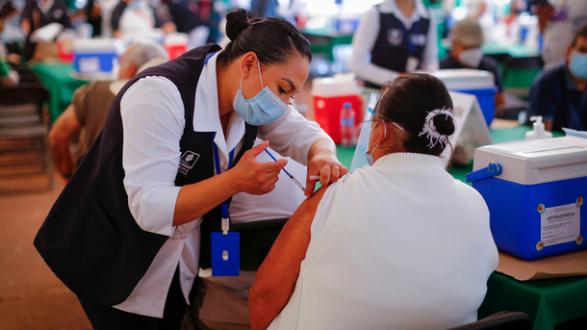 If the United States has a vaccine surplus, where will doses go? Join Michael Camuñez, Linda Lopez, Andrew I. Rudman, and Eduardo Gonzaléz-Pier for a discussion about vaccine diplomacy and bilateral relations between the United States and Mexico.

This event is part of the Pacific Council's Share the Shots campaign, and members are asked to register for this event through World Affairs at their website via this link.

Michael Camuñez is the co-founder and President and CEO of Monarch Global Strategies and a Director of the Pacific Council on International Policy. Read more.

Eduardo González-Pier, is currently the team lead for UK Prosperity Fund sponsored Better Health Program in Mexico, non-resident Fellow at the Centre for Global Development in Washington DC and a partner of Blutitude and Innovasalud, a healthcare advisory firm based in Mexico City. Read more.

Andrew I. Rudman is the Director of the Wilson Center's Mexico Institute. Before joining the Wilson Center, Andrew was Managing Director at Monarch Global Strategies (Monarch), a boutique strategic advisory firm located in Washington, D.C. and focusing on government relations and market entry/access for companies interested in doing business in Mexico and other Latin American countries. Read more.

Dr. Lopez has more than 20 years of experience in government, philanthropy and academia. More recently, she worked as the head of CA policy for presidential candidate Mike Bloomberg. She has her consultancy agency Impact Strategies and consults with foundations on strategy and program implementation. Read more.

North America has been battered by the COVID-19 pandemic, with both Mexico and the United States recording some of the highest death tolls in the world. But unlike the United States, Mexico doesn’t have the capacity to manufacture vaccines at scale and lacks the resources to buy its way to the front of the line for imports.

Under mounting pressure on the United States to share its vaccine surplus with the rest of the world, Pfizer is now shipping U.S.-made COVID-19 doses to Mexico. This is on top of 2.7 million doses of AstraZeneca’s vaccine, which the White House pledged to send to its southern neighbor.

Despite considerable differences between the healthcare capacity of the two nations, the health of people living on both sides of the U.S.-Mexico border is closely intertwined. With an estimated 12 million people living along the southern border, Michael Camuñez, former Assistant Secretary of Commerce at the International Trade Administration and current chair of the Pacific Council's Mexico Initiative makes the case that the United States should prioritize Mexico when it's ready to release more doses. In a new report for the Wilson Center’s Mexico Institute, Andrew I. Rudman and Eduardo Gonzaléz-Pier call for a revitalization of a shared health agenda that will enable both countries to better work towards a common goal. 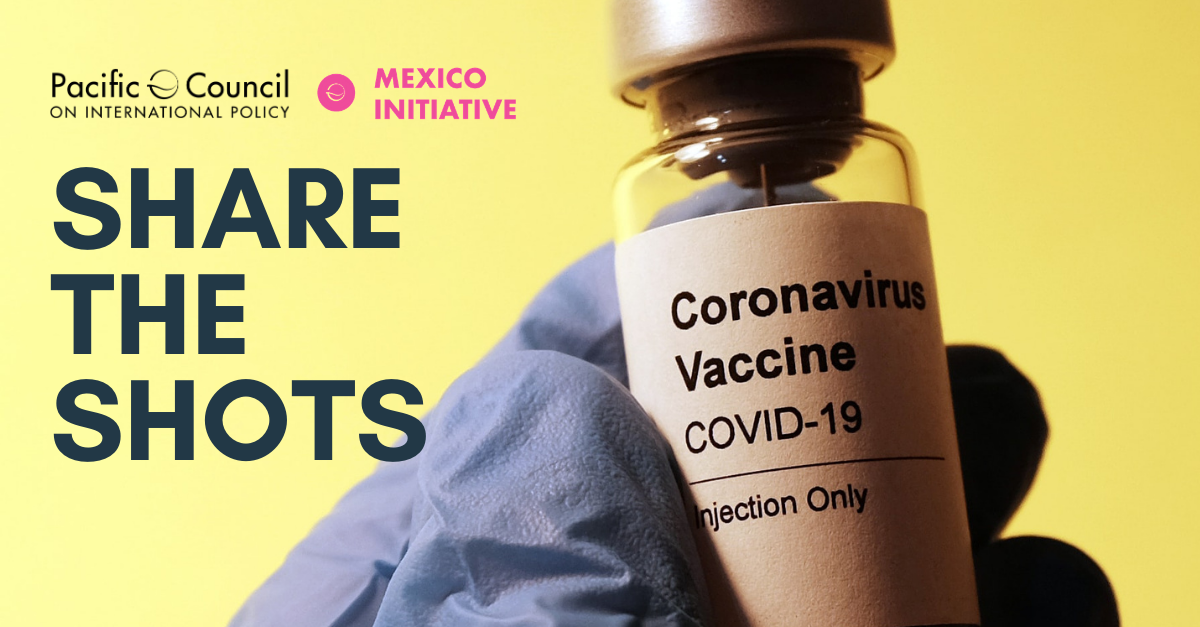