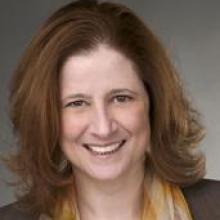 Dr. Regina Abrami is Senior Lecturer in Political Science and Senior Fellow in the Management Department at the Wharton School of Business, as well as Director of the Global Program at the Lauder Institute of Management and International Studies

With primary expertise in political economy, Dr. Abrami’s research focuses on the political economy of national industrial strategy, doing business in emerging markets, and China and Vietnam. She is a frequent commentator on managing in a global context, and most recently in regard to the globalization of Chinese companies, Chinese industrial policy, and the relation between national political and economic context and business strategy.

Prior to UPenn-Wharton, Abrami served on the faculty of Harvard Business School (HBS) for eleven years, where she taught the required MBA course, "Business, Government and the International Economy," an elective course on "Doing Business in China," and related executive education modules at HBS and in China. From 2008-2011, Abrami served as the faculty chair of HBS's inaugural MBA international field immersion program, the Immersion Experience Program (IXP), and led several January term immersion programs to China and Vietnam.

Dr. Abrami earned her Ph.D. in Political Science from the University of California, Berkeley, where she was both a Reinhard Bendix and John L. Simpson Memorial Fellow. In addition, she has received support from the Social Science Research Council, the Committee on Scholarly Communication with China, the Institute of World Politics, and Fulbright. HBS honors include selection as a Hellman Faculty Fellow, awarded for distinction in research, and the Robert F. Greenhill Award, given in recognition of distinguished service.