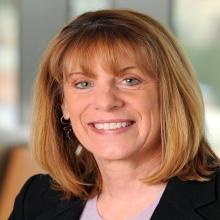 Dr. Pamela K. Starr is the Director of the U.S.-Mexico Network and an Associate Professor (NTT) of International Relations and Public Diplomacy at the University of Southern California.  She is also a consultant for ManattJones Global Strategies.

Prior to joining USC, she was a senior Latin America analyst at the Eurasia Group (a leading global political risk consulting firm) and from 1997-2005 a professor at the Instituto Tecnológico Autónomo de México (ITAM).  She has published widely on Mexican politics, economics and foreign policy, and US-Mexico relations including an article analyzing the first year of the Peña Nieto government in the February 2014 issue of Current History magazine.  She is an active speaker on these issues and has advised high-ranking government officials on both sides of the border including the US Secretary of State, the Mexican foreign minister, and US Ambassadors to Mexico and Mexican Ambassadors to the United States.