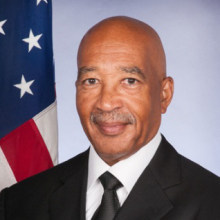 Michael Lawson currently serves as President and CEO of the Los Angeles Urban League, having most recently been in Montreal serving as the Permanent U.S. Representative to the Council of International Civil Aviation Organization. Prior to his appointment, Lawson served as a partner at the international law firm Skadden, Arps, Slate, Meagher & Flori, LLP in their New York and Los Angeles offices until he retired in 2011. Mr. Lawson received his Juris Doctorate from Harvard Law School in 1978 and earned his B.A. in Political Science and Economics from Loyola Marymount University in 1975.

Commentary by Michael A. Lawson