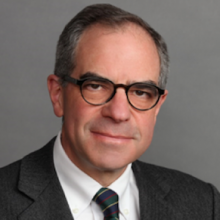 Luis Rubio is chairman of CIDAC (Center of Research for Development), and of the Mexican Council on Foreign Relations (COMEXI). Winner of the APRA book award 1985, in 1993 he was given the Dag Hammarskjöld award and in 1998 the National Journalism Award for op-ed pieces.

Rubio is a prolific writer on political, economic and international subjects.  He is a contributing editor of Reforma and his analyses and opinions often appear in major newspapers and journals in Mexico, the US and Europe (New York Times, Wall Street Journal, Financial Times, International Herald Tribune, Los Angeles Times, Washington Post, National Public Radio). He is a frequent speaker at major international conferences.

He serves on the boards of two families of hedge funds, Coca Cola FEMSA and Afore Banamex.  He served in the board of directors of The Human Rights Commission of the Federal District, is member of the Trilateral Commission and of the Halifax International Security Forum Agenda Working Group. He is author and editor of forty-nine books, including ‘The problem of power, Mexico requires a new system of government’ (https://goo.gl/D7pIZ6), ‘A Mexican Utopia, the Rule of Law is Possible’ (https://goo.gl/7lFPny), ‘NAFTA at Twenty: a political and strategic perspective’ and ‘Mexico: A middle class society:  poor no more, developed not yet’. Before joining CIDAC, in the 1970's he was planning director of Citibank in Mexico and served as an adviser to Mexico's Secretary of the Treasury.

He holds a diploma in Financial Management, a MMBA, and his MA and PhD in political science are from Brandeis University.

Narrative and Government in Mexico
Mexico's Opportunity for Regime Change
Mexico Must Govern with Prosperity in Mind
On Mexico-China Relations
What Mexico Can Learn from Colombia’s Peace Process
The Problem to Address in Mexico
Regime Change in Mexico?
Paradoxes of Power in Mexico
Mexico in 2018: A Completely New Political Reality